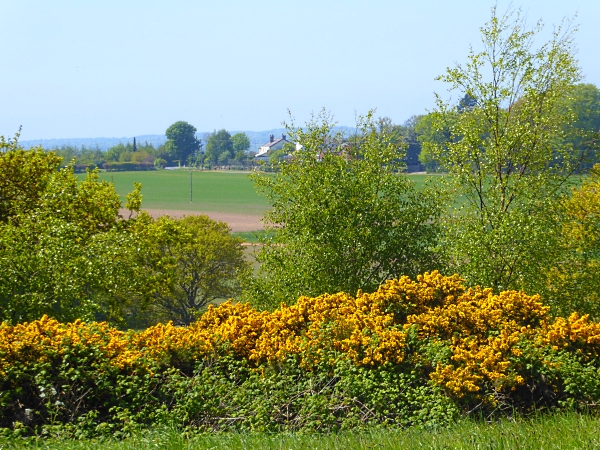 Long Lane in Aughton has interesting and colourful gardens, with Rowan, Cherry, Lilac and Laburnum all in bloom and red Maples coming into leaf. 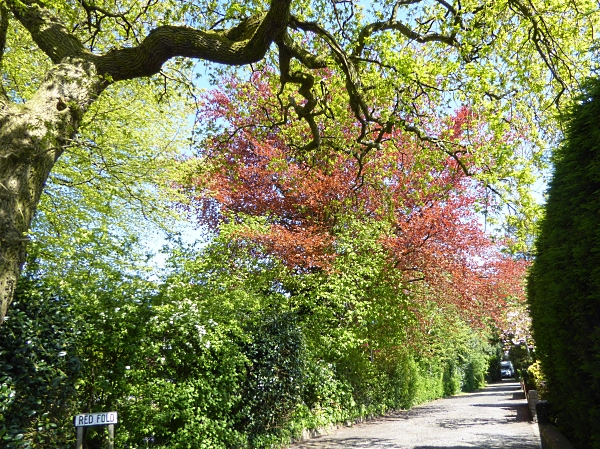 Even the Sycamores are interesting, with many of them being the variety ‘Brilliantissimum’. The leaves open bright pink, become yellow-green, and finally settle to dark green, mottled with cream. They don’t make many seeds, either, which is a bonus for garden owners. 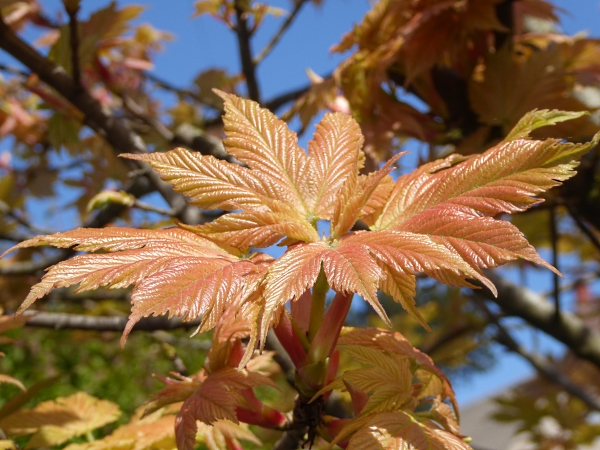 There were the usual garden birds, Blackbird, Dunnock and Chaffinch, and as we climbed the hill to the pumping station we spotted several fast-moving butterflies – some kind of White and a dark one which was probably Peacock. There were Swallows overhead, and John spotted a Reed Bunting. Along the verge the Cow Parsley was coming out, and lower down were the first flowers of Creeping Buttercup, worth five I-Spy points. 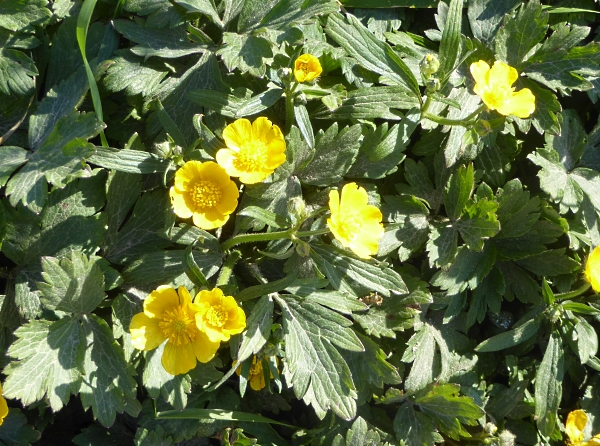 We went down to look at the reserve’s “heritage varieties” Orchard. Last autumn they told us it was lovely when the blossom was out and the Cowslips were underfoot, but sadly the gate was locked and it wasn’t due to be open until later in the day.Too late for us. But we could see the distant blossom from the gate (and we claim our 10 points.) 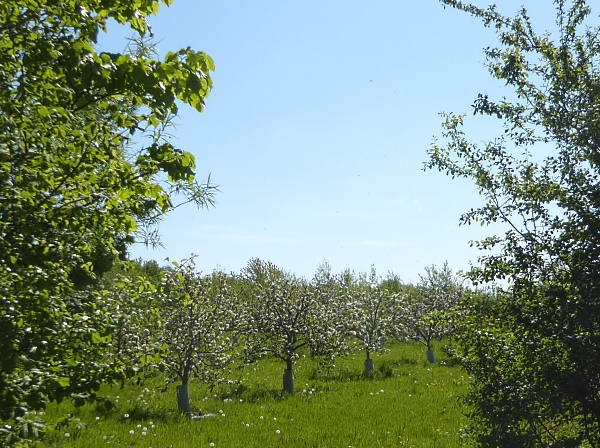 An  Orange Tip butterfly flitted past as we headed back to the reserve. The woodland paths are bordered with lots of mini habitats for Newts and small mammals, plus bug hotels. Many of the trees are labelled (with children in mind) giving the name, description, ecology, use of the wood and so on. For instance “Crab Apple, Malus sylvestris. The flowers provide early pollen and nectar for insects and bees. The leaves provide food for the Eyed Hawkmoth. Fruit is eaten by birds – Blackbirds, Thrushes, Crows – and mammals like mice, voles and foxes. Humans eat Crab Apple jelly. Crab apple trees are good pollinating partners for apple trees and therefore useful to plant in an orchard. The name “crab” originates from the Norse word skrab meaning “scrubby”. The wood is excellent for carving and burning.”  It also gave us another 10 points! 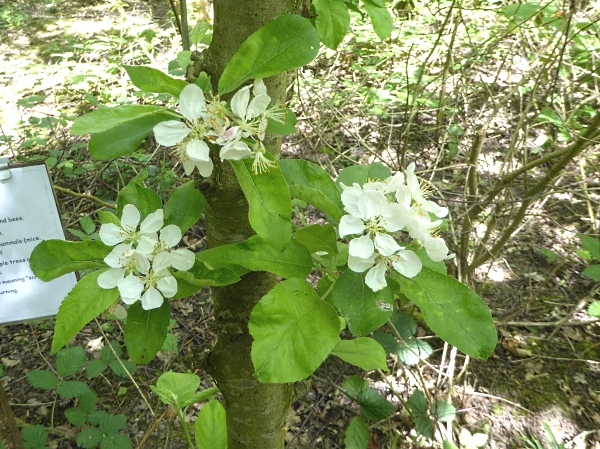 Another sign said “Walk softly and listen, Mother Nature is at work.” Along the paths we spotted Hogweed, and also Red Campion, worth another 15 points. 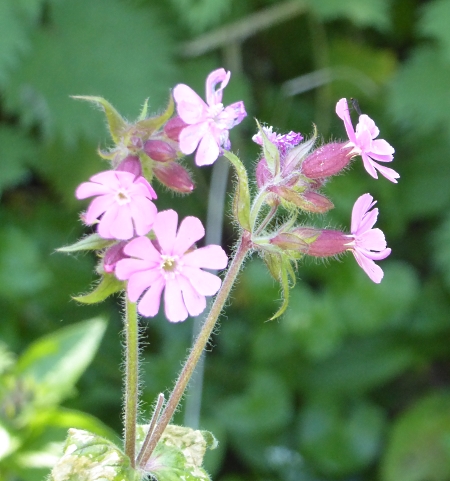 We studied the labelled Downy Birch, (20 points), but we are no nearer to confidently distinguishing the Downy from the Silver Birch. No obvious downiness on the shoots that we could see, and it isn’t as simple as “weeping” or “not weeping”, either. 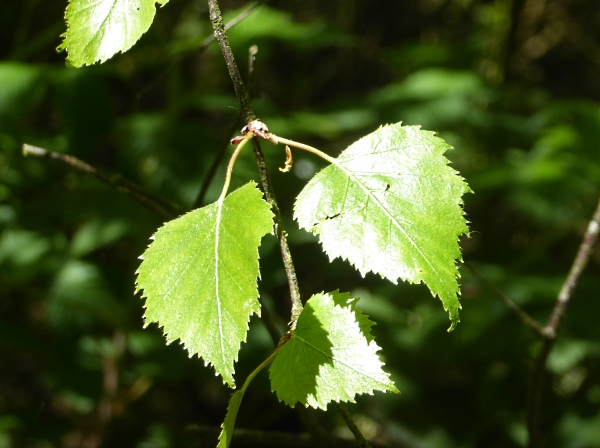 We sat by the pond in the strong sunshine for our lunch. A mother Mallard led a brood of eight ducklings along the path to the water. Had they just hatched that morning?  After a few minutes a kerfuffle of quacking and splashing broke out. Two Mallard Drakes were harassing a female, and we feared it was the same mother duck. Happily, it seemed to be another one and the little family were seen again later, all quite safe. 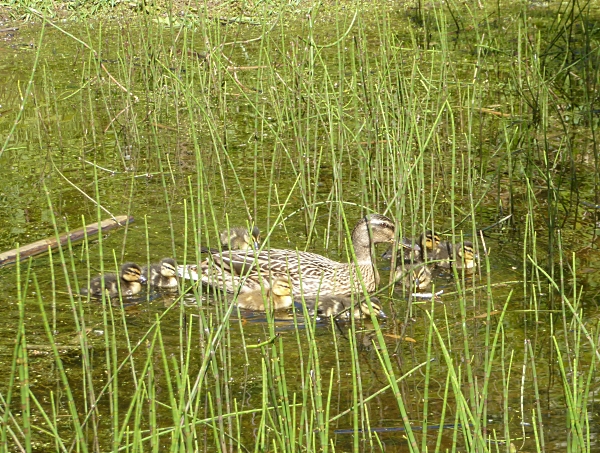 There was a Field Maple by the pond, worth another 15 points. We might double that next week when I remember to ask the associated question! The leaves are fairly small, while the bark is very interestingly gnarly. 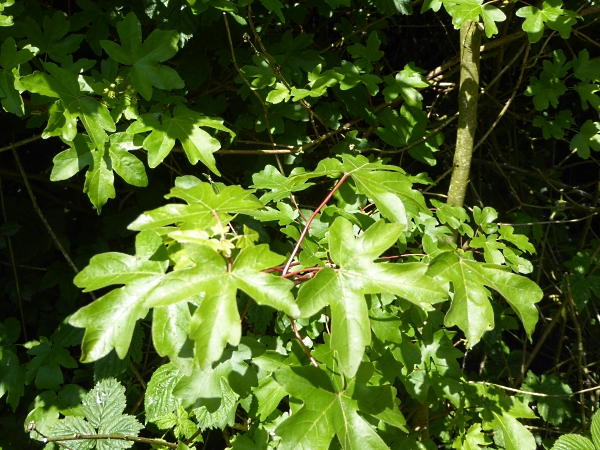 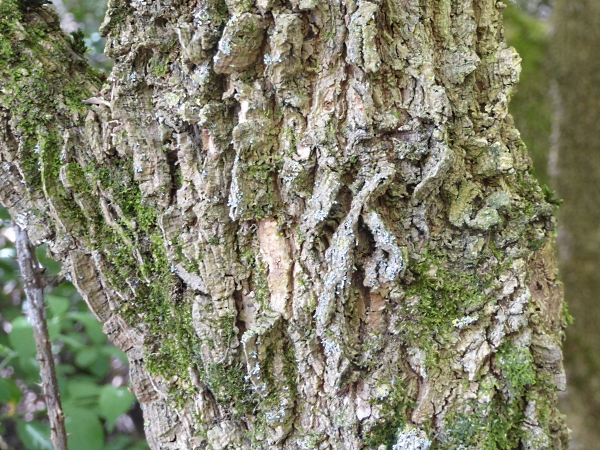 We also admired the bark of a Rowan tree. It is characteristic of Sorbus to have white  patches on the trunks, and I always thought it was a feature of the tree itself, but it is clearly white and yellow lichen on this one. Is it always lichen? 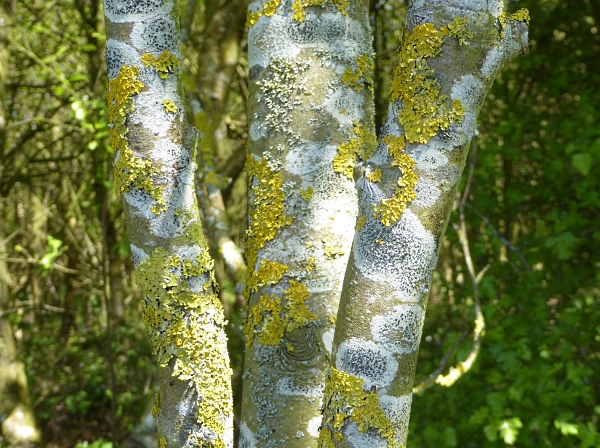 We dawdled in the big field, hoping to see the Yellowhammers which are usually there, but no luck. There was a Whitethroat up on a hedge, then it did a song flight, followed by a dive back into the Bramble. There was also a Willow Warbler singing beautifully from the top of a bare Ash tree. 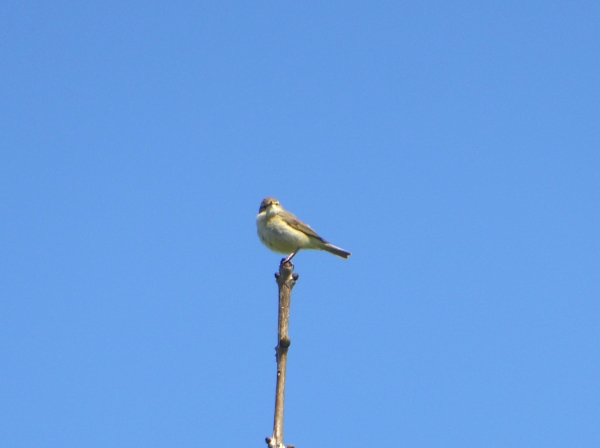 John thought he spotted a small brown mammal scurrying across the path a way ahead of us. We investigated, but it must have gone into another Bramble patch, because we couldn’t find or hear it. However, there was a little path beaten through the grassy verge, about two or three inches wide. Too big for a mouse or vole, I think, and too small for a rabbit, so had it been a weasel? 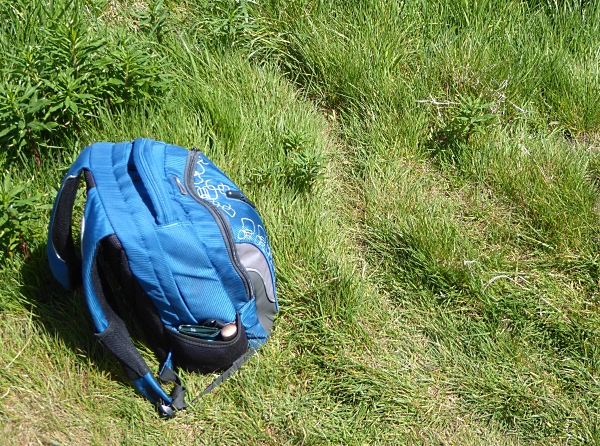 We took the path around the back of the pumping station. In one small glade an oak was just coming into brownish leaf, making the whole tree look golden in the bright sunshine. 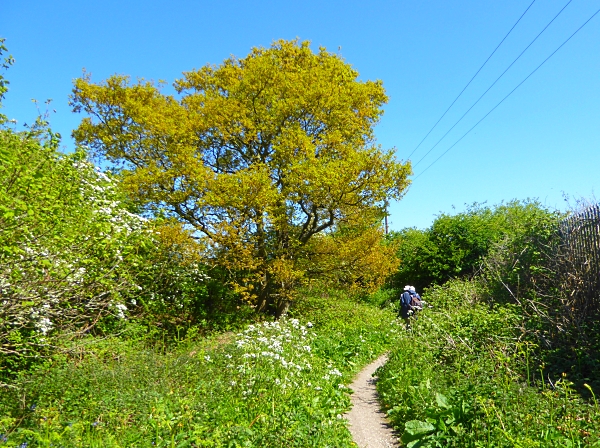 Then back through the cultivated fields to Aughton Church and the station. 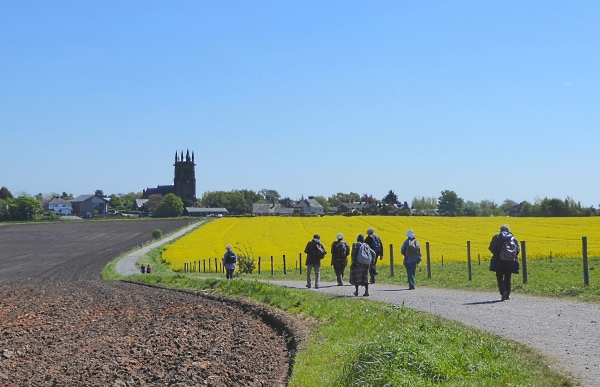 We continue to collect bird points, and we are now up to 1130. Four new trees today, taking us to 880 points, while the slow-to-start wild flowers are so far only up to 245.