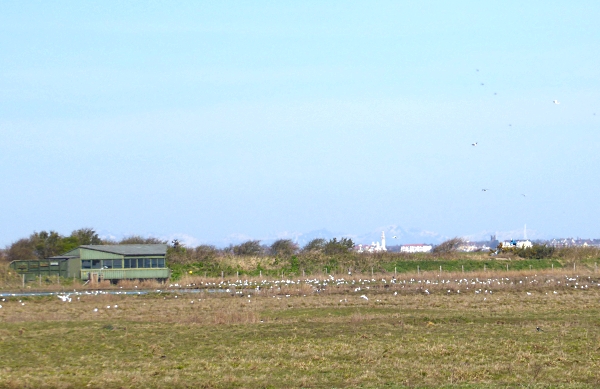 It was dazzlingly sunny as we left the bus in Preesall Close, and it stayed that way all day. We wondered if the House Martins who nest under the eaves there would be back and building, but there was no sign of them. From up on the bank overlooking the reserve we could see Greylag Geese, Tufted Duck, a few Lapwings and a big flight of Pink-footed Geese far off to the north. Closer in was a Hare! 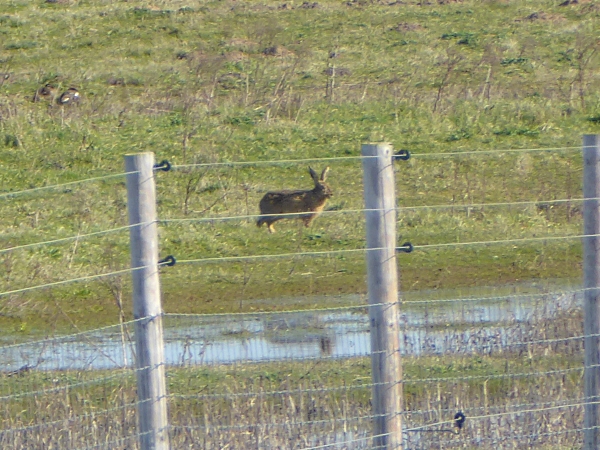 Little Egrets were displaying, and in and around the gullies along Marshside Road were Teal, Gadwall, Black-tailed Godwits, Moorhen and some Wigeon. 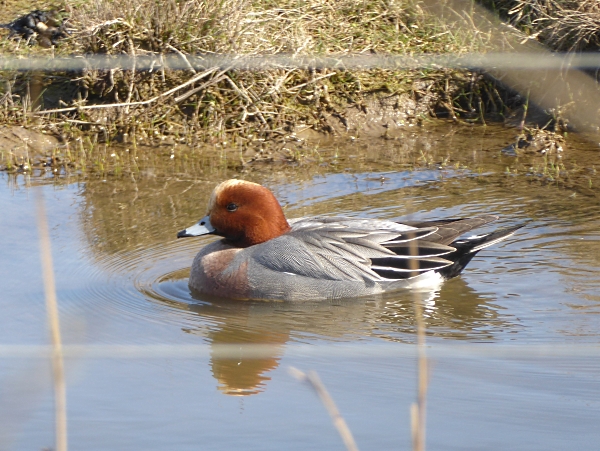 Next to Sandgrounders hide, in that warm sheltered corner, there was a Peacock Butterfly on a Dandelion. (Next to it is the fertile stem of Field Horsetail Equisetum arvense.) 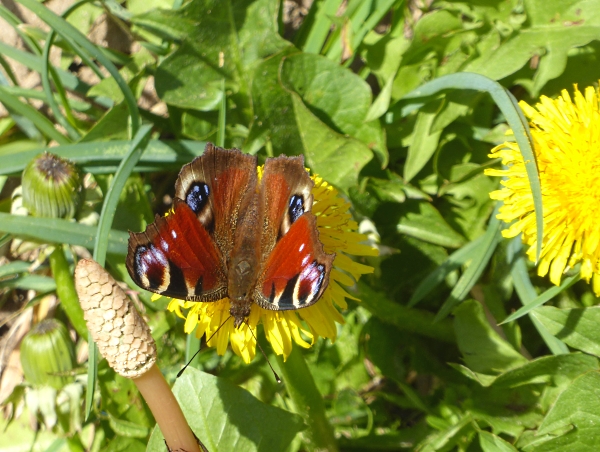 There were huge numbers of Black-headed Gulls displaying, bickering and generally making a racket. Amongst them were Canada Geese and the odd Oystercatcher. 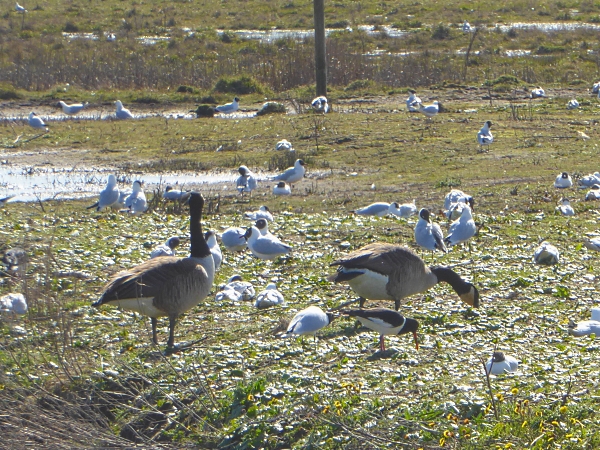 Some people there told us that earlier they had seen a Hare swim from an island just north of the hide to the bank next to Marine Drive. Didn’t know they could swim! 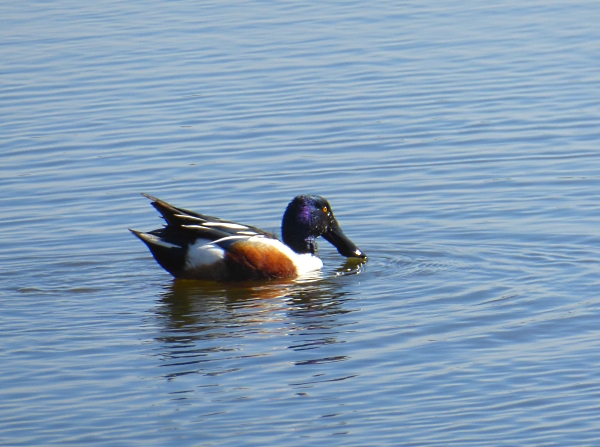 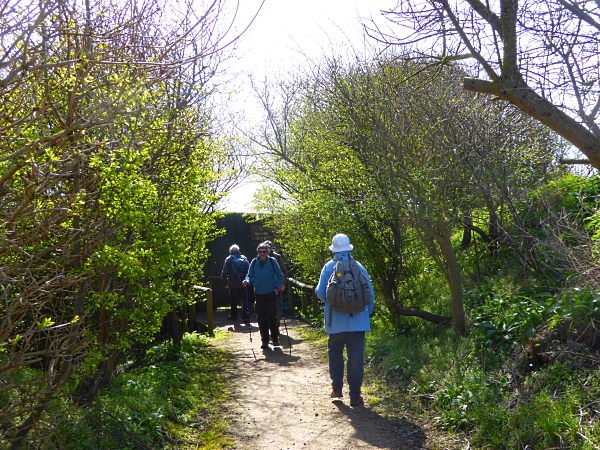 Then we walked along to Nel’s Hide. We had hoped to see the Cattle Egrets which had been reported here on Friday, and which were probably the same ones we had hunted in vain at Kew Woods on 19th February. They weren’t at Marshside, either. But there were lots of other birds worth looking at, including just a few Avocets, with Pintail, a distant Snipe, and elegant Gadwall. 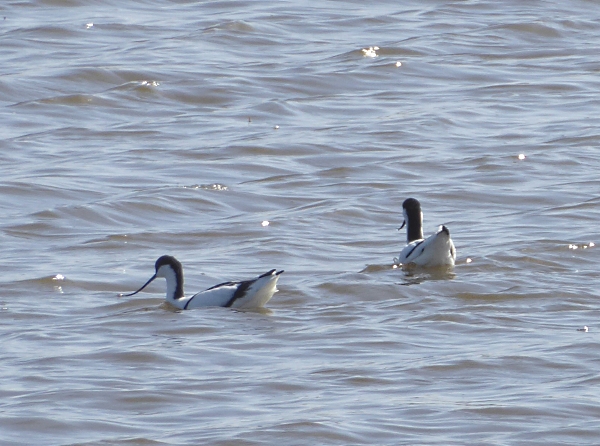 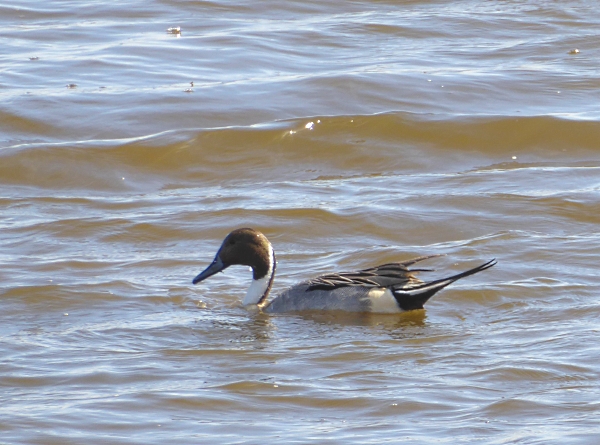 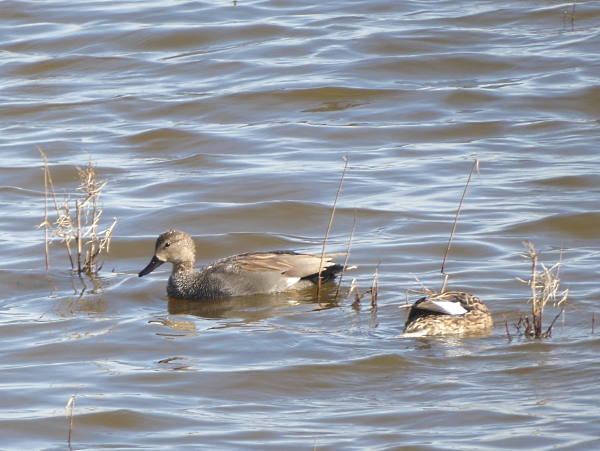 The Shelduck were feeding by upending (“dabbling”), and it was so quiet we could hear their feet paddling. 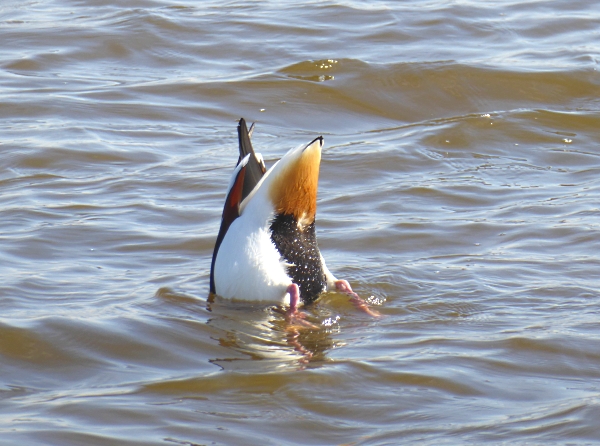 On the way back we spotted this Black-tailed Godwit feeding on its own by the side of Marshside Road. It appears to have colour rings on both tibias (above the “knees”). The colours are hard to distinguish but I think they are Left – green above white, and Right – white above yellow. There is a large international study of their migration patterns, and this bird has been reported (with photo) to Prof Jenny Gill at the University of East Anglia. 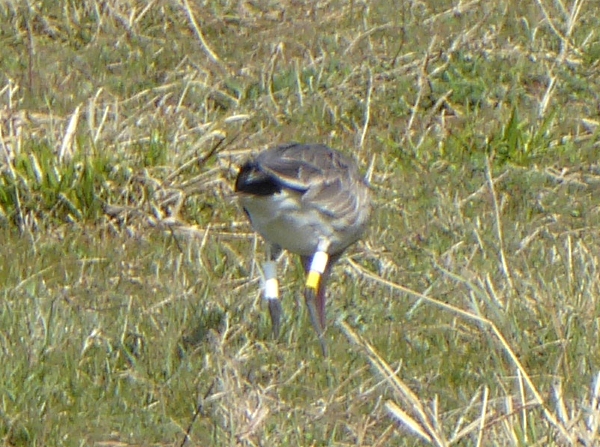 She responded quickly, saying  “Very many  thanks for reporting this sighting – we are always keen to receive these records as they are invaluable for our research. I think that the yellow ring on this bird is actually a flag, which means it is one that was ringed in Iceland. I am therefore copying this to Böddi, who runs those schemes, and he will send details. If you would like to know more about our research into godwits (and other waders), please see our blog series: https://wadertales.wordpress.com/category/black-tailed-godwit/.  Thanks again, Jenny”

By Tuesday morning I had heard from Bodvar Thorisson of the University of Iceland. He said “Thank you for this sighting and image. The top ring on left tibia is a white ring, it is just in shade. It is bird WW-WYflag.  Böddi.” He sent me a file of the bird’s life history. It is still a young bird, nearly four years old. It was ringed in the nest on 11th July 2013, sex unknown, at Reykholar, A-Bardastrandarsysla, NW Ice, Iceland. (He gave me the co-ordinates, so the spot is marked with an orange pin on the map below.) Then it disappeared for nearly 2 years until it was spotted in May 2015 on the Loughor Estuary in South Wales. Since 5th September 2016 it has been spotted 12 times locally at either Marshside, Thurstaston or Newton Marsh on the Ribble Estuary. (Well done that team at East Anglia and Reykjavik for their fast response.) 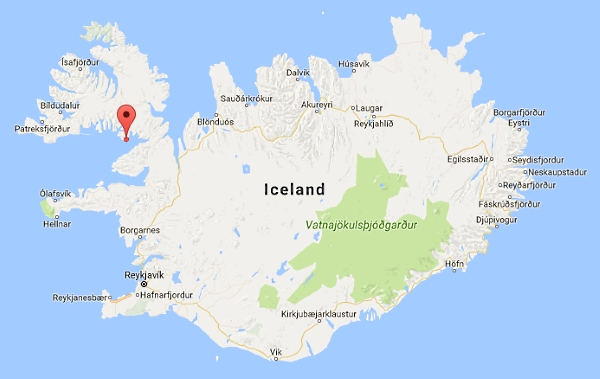 We just missed the 2.25 bus so we walked along the eastern bank again. There were six or more Small Tortoiseshells all darting about in a group, in some sort of mating dance or display. Another Hare was about, and a Meadow Pipit flew quickly away. This Redshank was feeding near the edge of a pool. 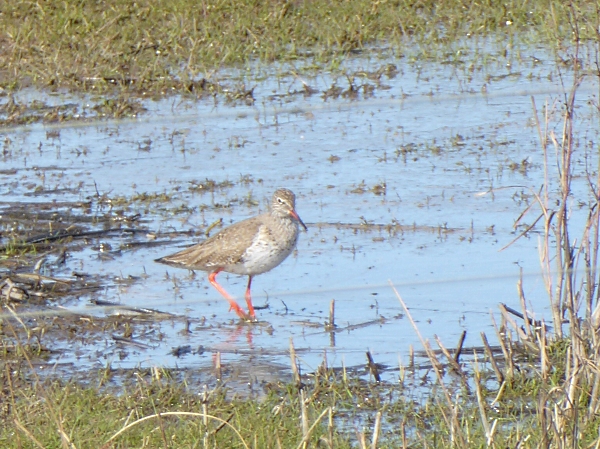 John had hoped to crack 1000 I-Spy bird points today, but we didn’t quite make it. We were up to 775 last week and got 160 today, making 935, so it can’t be long now. There are several common-ish birds which we still haven’t seen during Sunday Group walks, including Wheatear, Great Crested Grebe and Treecreeper. We counted no additional trees today, but here’s a fine young Monkey Puzzle in Preesall Close, to compensate for the one we counted in January which was only seen from the bus! 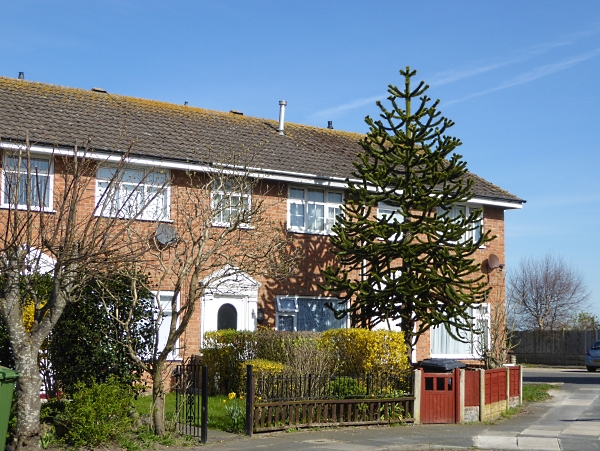 On the way home I stopped to look at a luxuriant growth of various mosses on the coping stone of an old wall near Blundellsands and Crosby Station. I have no idea of mosses, but this one might be Capillary Thread-moss Bryum capillare, said to be common in urban areas. 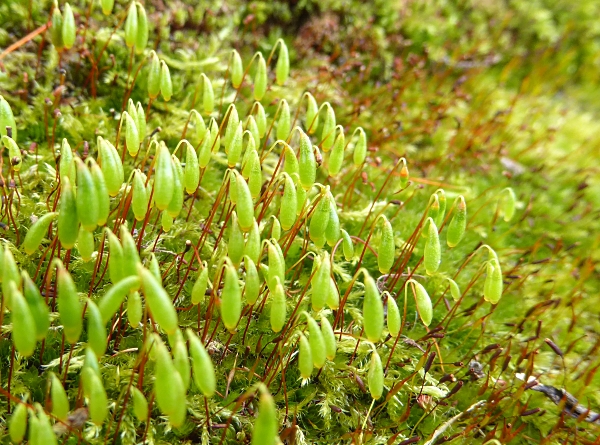