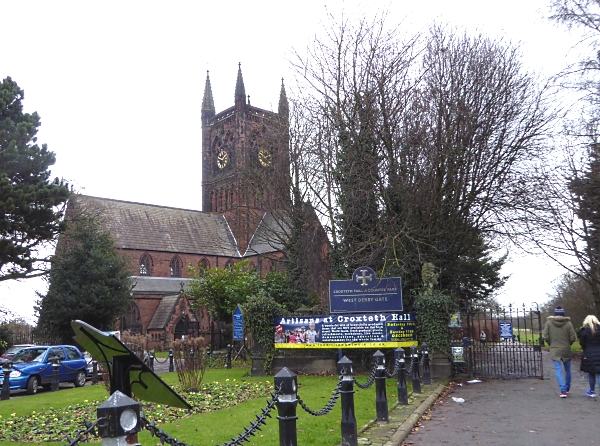 Along the mile from West Derby Village to Croxteth Hall we noted only Magpies, Goldfinches, half a dozen Canada Geese flying southwards and a Robin on fence. The fields on either side have rare breed cattle. The red hornless ones with white stripes along their backs are Irish Moiled Cattle, while the Highland Cattle are unmistakeable. 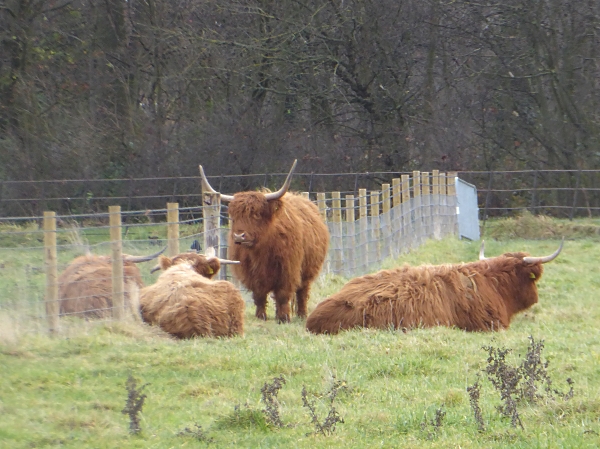 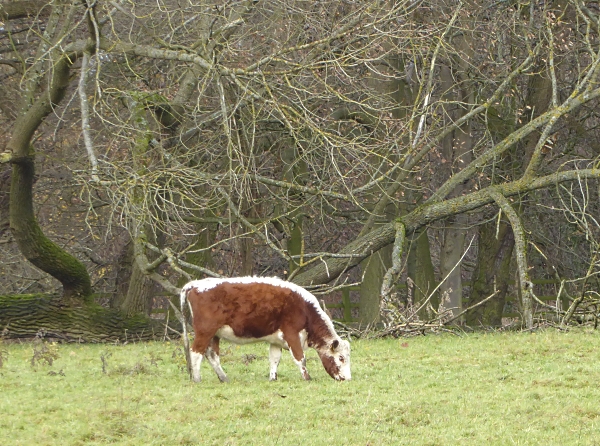 There‘s a Sweetgum tree Liquidambar styraciflua at the end of the Statue Pond, which bore only one or two spiky fruit last year but it’s full of them this year. They aren’t supposed to seed here (according to older tree books) because they originate from the much warmer southern USA. This summer’s weather has suited them very well it seems. Is it a sign of climate change? 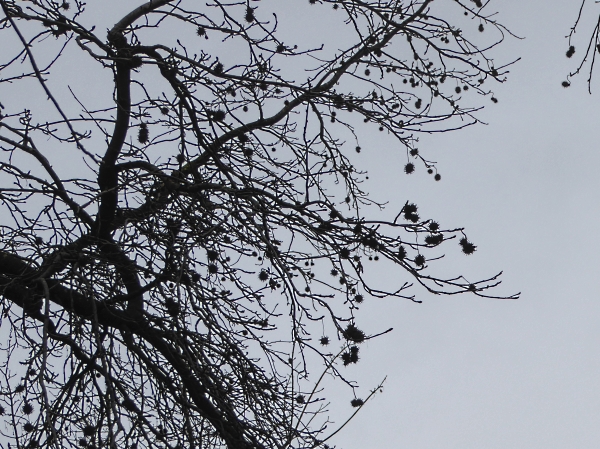 There was an artisan craft fair at the Hall. We often see S & R birds at these sorts of events, and here they were again, with a Harris Hawk, a Barn Owl, an American Kestrel, an Eagle Owl and this smart little Burrowing Owl. 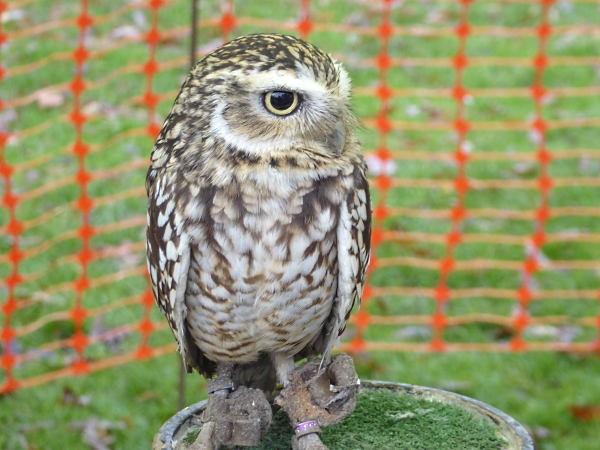 We lunched over by the Long Pond, where there were only Mallards and Moorhens. We got our binoculars onto an interesting tree on the far bank, with finely-divided rusty-red foliage, which seemed to be a deciduous conifer. It could only be Larch, a Dawn Redwood or a Swamp Cypress, but we couldn’t get closer to it to investigate further. There was, however, a splendid twiggy Lime at the entrance to the Country Park woodland. Most of the ones we see as street or park trees have their sprouting bases trimmed regularly, but this one has been left to proliferate. Chris F, whom we met as we went around, said it makes a marvellous habitat for invertebrates. 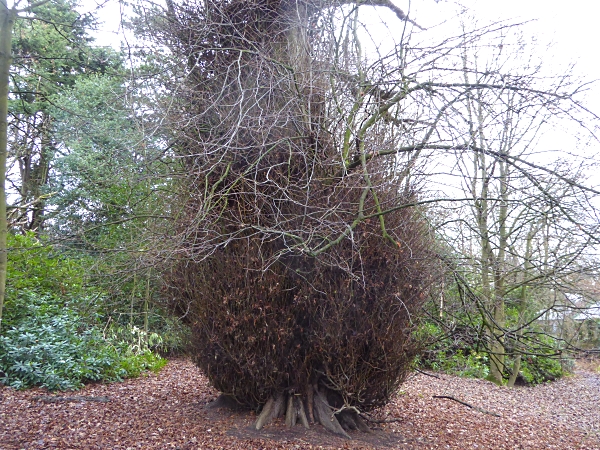 There were lots of Scots Pines in the woods, and many Jackdaws and Wood Pigeons. I have been looking for a Douglas Fir since my trip to Scotland, but still not found one. I know there’s at least one on Merseyside, because I remember Bob the Birdman picking up some of their distinctive cones somewhere and showing them to us, many moons ago. As we circled around back to the Hall we found another of the rusty-red trees by the side of the path that curves off eastward. It was definitely a Swamp Cypress, and is my Tree of the Day. 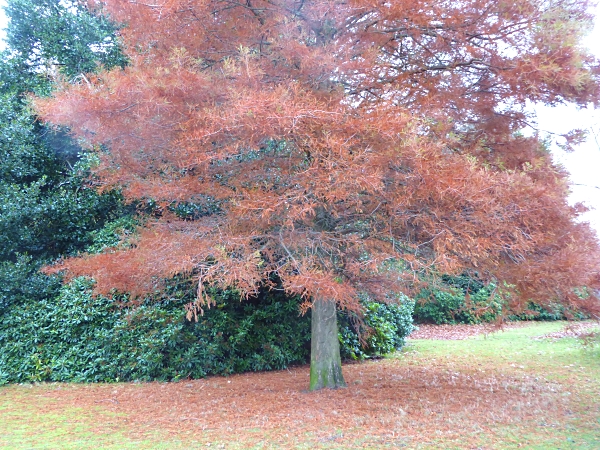 In other bird news, last week I heard that there are at least two Ring-necked Parakeets in Crosby. A pair has been seen coming to a garden peanut feeder just east of Hall Road Station, and one was spotted near Heathfield Road, Brighton-le-Sands about a month ago. I will be keeping an eye and ear out in Victoria Park!  Also, my garden has been graced by a regularly-visiting male Sparrowhawk in the last few weeks, and on Thursday it sat on the fence to be photographed. 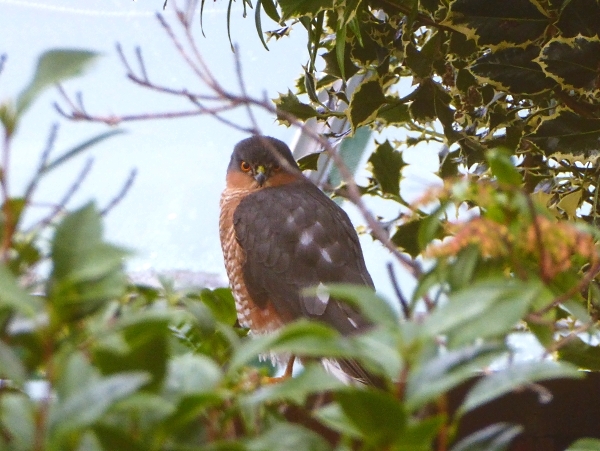