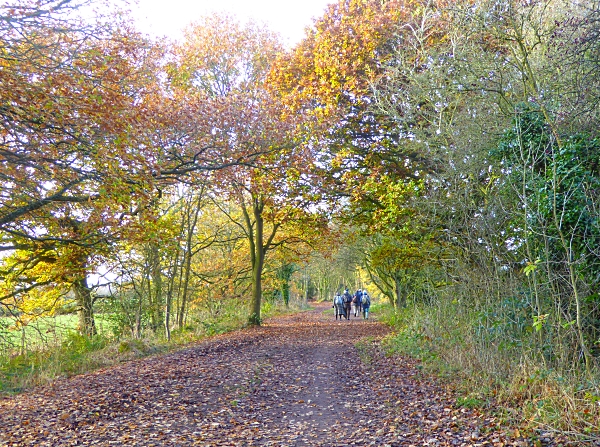 From Hooton station it’s 1½ miles each way to Hadlow Road station. The path was covered with oak leaves almost all the way along, and some leaves were still falling. The young trees retain their leaves for longer, though. 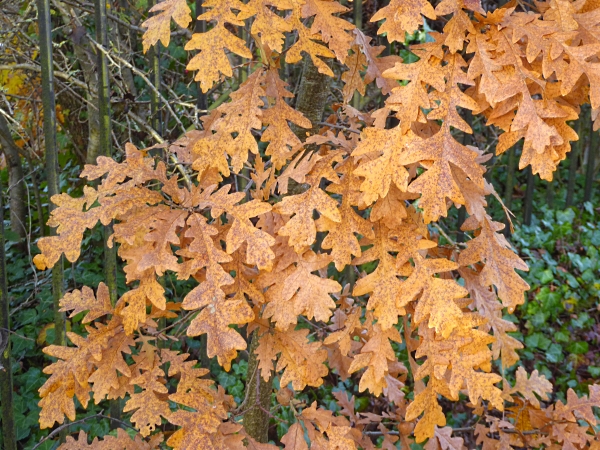 This young Turkey Oak also had some odd galls wrapped around the twigs. This singleton was the only one in reach, but higher up there was an overlapping cluster. I think they might be galls caused by the Cynipid wasp Aphelonyx cerricola. According to the monograph “Oak Galls in Britain” by Robin Williams of the Natural History Museum (2010)  they are classed as “rare”, although I also found some pictures of them from Sefton Park in April 2014. 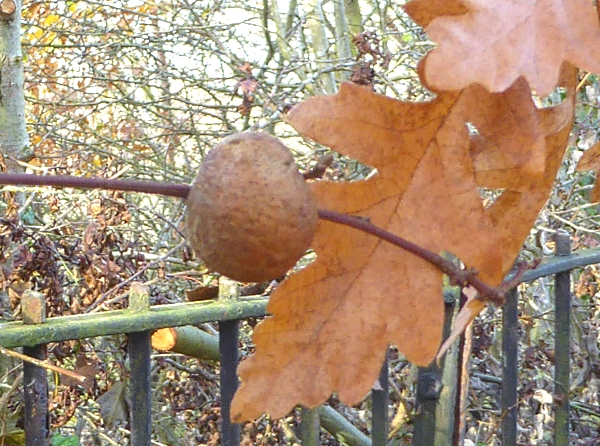 It was very still and silent, and there weren’t many birds about, although the group saw four Jays while Margaret and I were inspecting the oak galls. It has been very frosty for the last two days so had all the birds decamped to urban heat islands?  But we spotted a Robin, a few Blackbirds in flight, and a small flock of Redwings on some thickly-berried Hawthorn bushes. 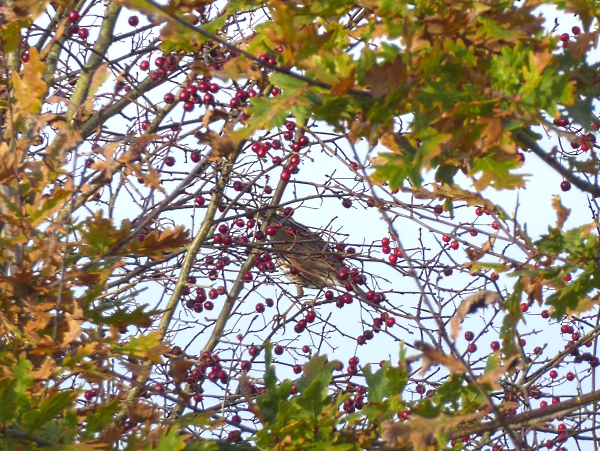 The hedges were festooned with necklaces of bright red Black Bryony berries. Why are they all still hanging there? Don’t birds eat them? I thought that’s what juicy red berries were for, to propagate the seeds via birds. 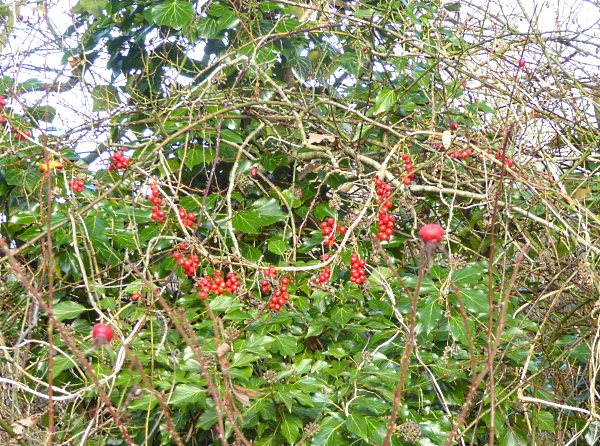 There were fresh molehills on the side of the path near Hadlow Road station, and a Sparrowhawk kill site very close to the car park. It looked like it had been a Wood Pigeon. Hadlow Road Station had the intermittent café open, but we had brought our own lunches, of course, and resisted the cream cakes. 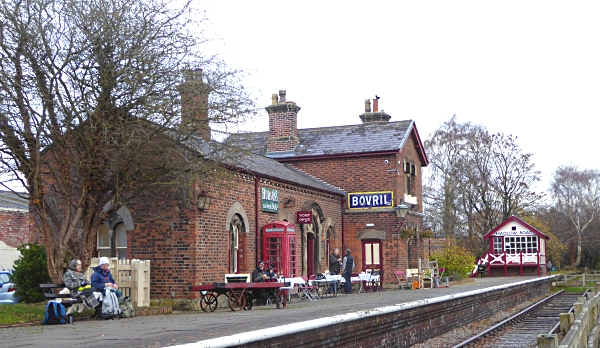 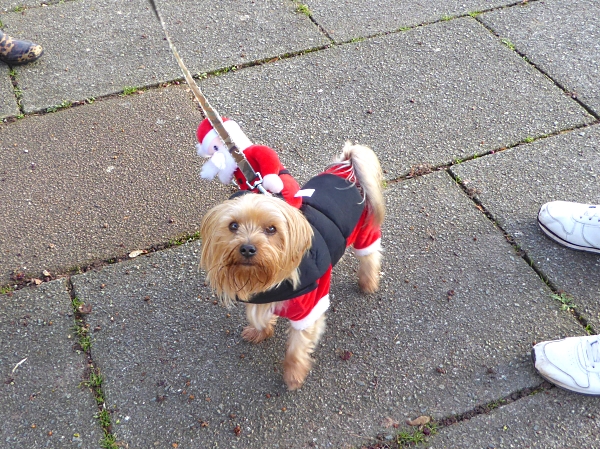 In the hedge there were chirping sparrows. 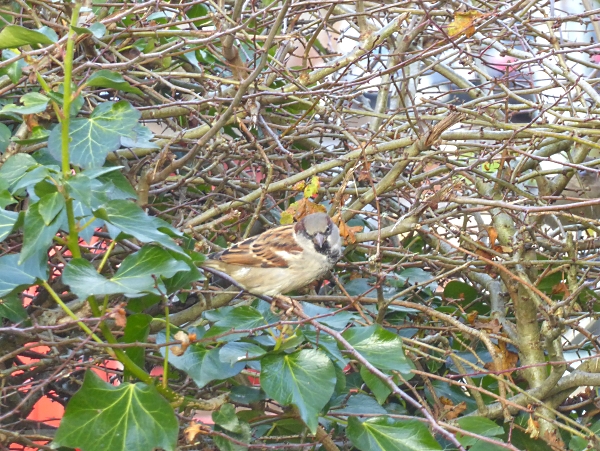 Corpse of the Day was a dead Wood Mouse Apodemus sylvaticus. 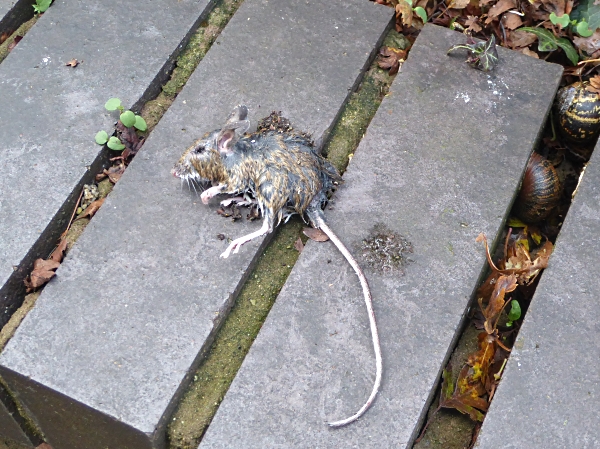 We had a look around Willaston village and church.  There was a Grey Squirrel in the churchyard, and two Yew trees flanking the lych-gate. The Copper Beech on the green is one of the Great Trees of the Wirral, now showing only its pointy winter buds. 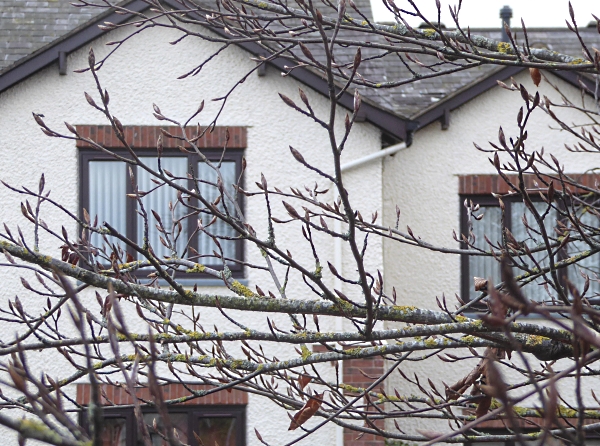 Outside the Old Hall was a winter-flowering tree Viburnum x bodnantense ‘Dawn’. 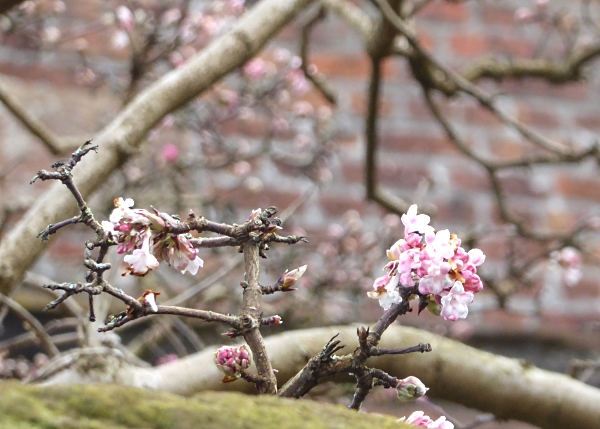 On the way back I looked at what I thought might be White Poplar trees, and confirmed them when I got home. Their leaf isn’t the typical “ace of spades” of many poplars, but three- or five-lobed, rather like a maple type, but they are downy on the underside, so fallen dead leaves show as either white or black. The bark is white, too, with rows of diamond patterns. 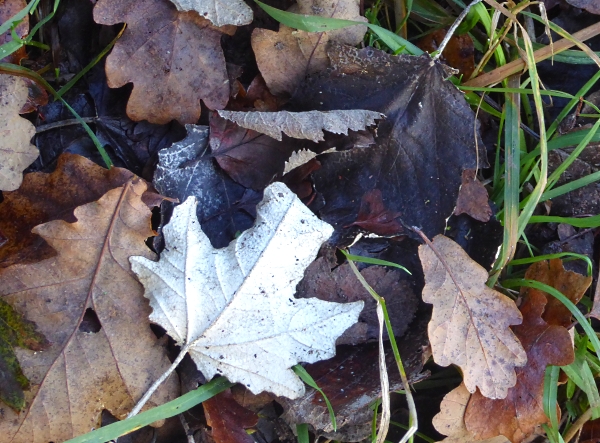 Next to the ramp up to the road by Hooton Station was a cluster of big dark fungi on the bank. They had dark gills, dark stems, and a light ring where the veil had been attached, but that’s as far as I can go !  Probably only Honey Fungus on a buried stump. 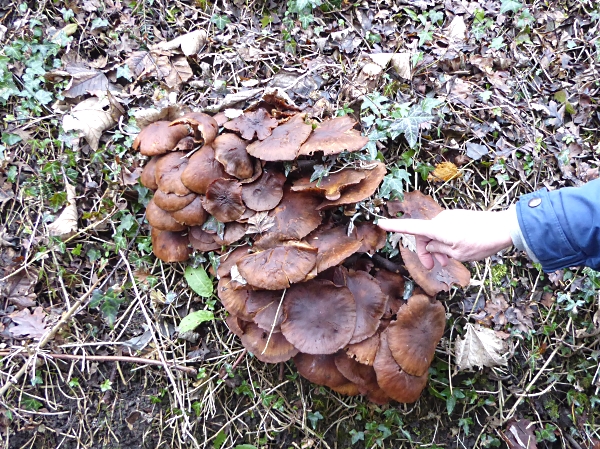