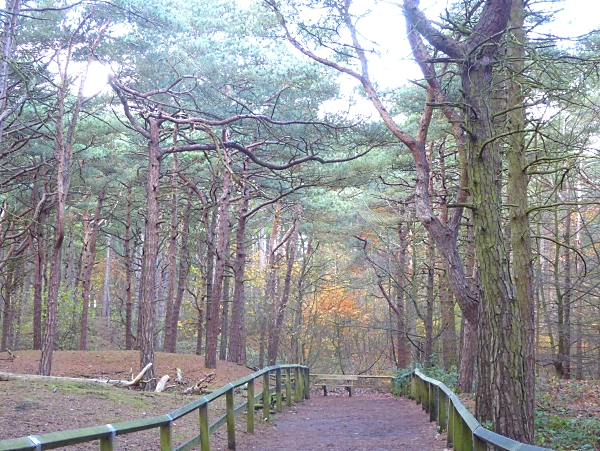 We headed down Victoria Road from the station, and into the NT reserve, which is a plantation of Scots Pines, managed for the Red Squirrels. There were plenty of them about, scampering along the ground and up the trees. Most of them are quite dark, nearly black, but we did see one redder one. This is one of the darker ones. 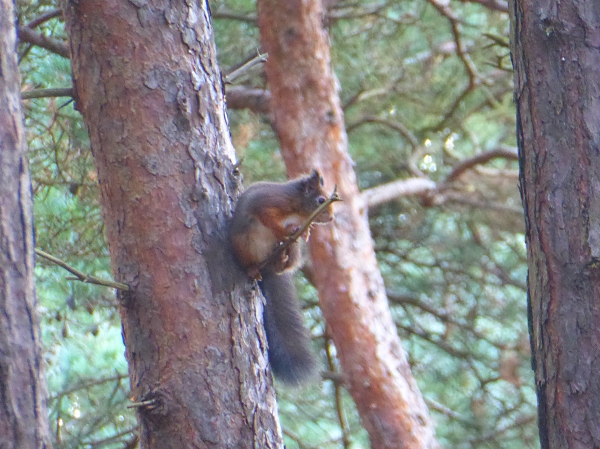 There were Squirrel feeding tables up on many of the trunks, protected from bigger birds by mesh cages. The little birds could get in, though, and we noted Nuthatch, Coal Tit, Long-tailed Tit, Great Tit, Blue Tit and Robin. Bigger birds were Carrion Crows, one or two Jays, a Woodpecker which we heard drumming in distance and Wood Pigeons, which seemed to be following the Red Squirrels from feeder to feeder, hoping to pick up bits of dropped nuts.

After lunch we walked around part of the Asparagus trail, which has been set up to celebrate the local specialty. There’s even a wood carving of Jimmy Lowe, the Asparagus King of the 1930s. 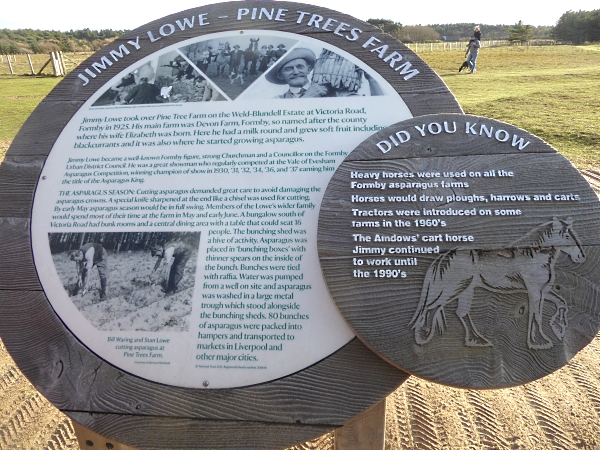 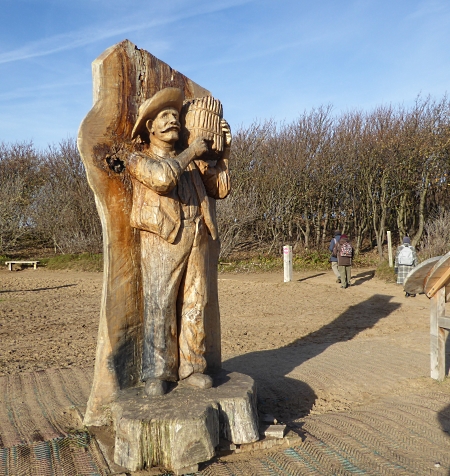 The car park was flooded after the heavy rains of the last few days, and the fence had attracted a Lesser Black-backed Gull and several BHGs. 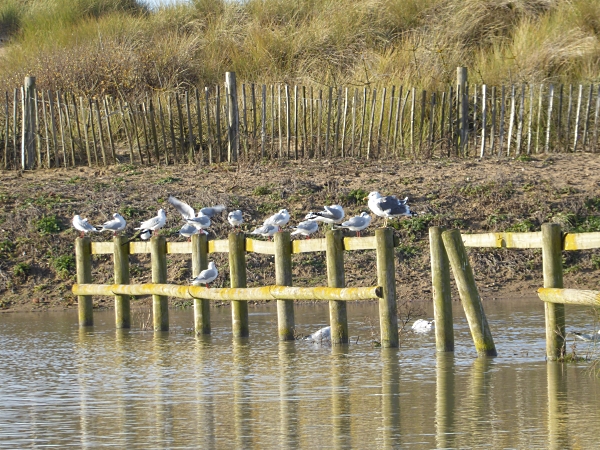 The isolated Scots Pines near the beach are very picturesquely windswept and truncated. 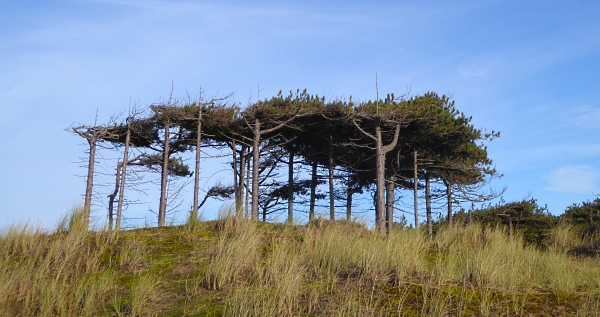 We returned through a woodland of Birch, Grey Poplar, Sycamore. These trees were also rather twisted and stunted by the coastal winds, and would be rather magical after snowfall. 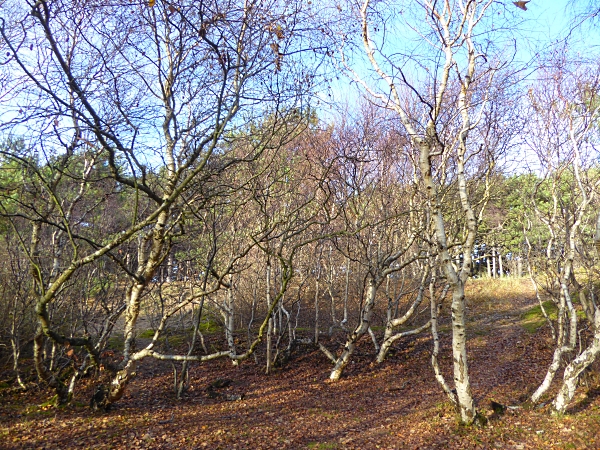 The leaves on some trees have still not fallen, including this young Oak. 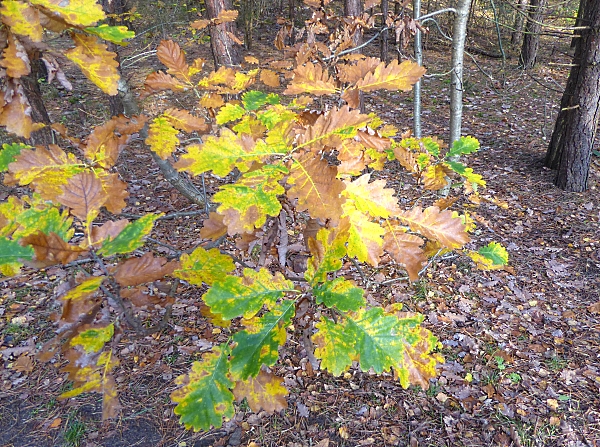 Public transport details: Train from Central towards Southport, arriving Freshfield station at 10.52. Returned from Freshfield at 2.11, due at Central 2.44.