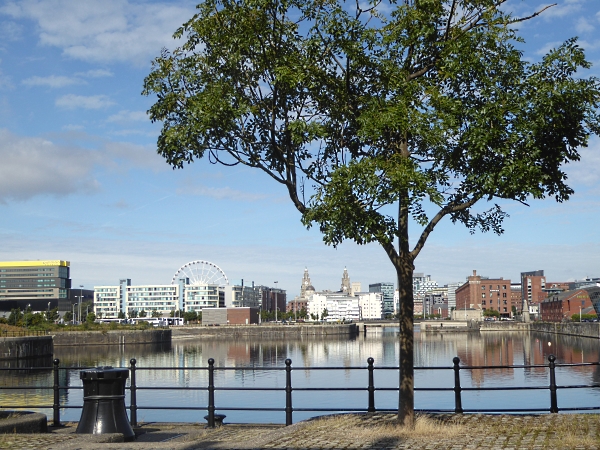 Not a lot of wildlife to report this week, because our plan was to visit some of the normally-closed buildings which were hosting exhibits for the Liverpool Biennial art festival. Yet again we were frustrated in one of our choices, as the long-closed ABC Cinema, billed to be open at 10 am, was still closed, and a couple of young artists were busy on their phones outside, saying there was “a key problem”.  So we moved on.

Two young trees outside Sainsbury’s on St Luke’s Place surprised us: they were Medlars. One looked a bit sick, but had produced several fruit, while the other was in far better leaf, but fruitless. They had interesting cracked and flaky bark, too. 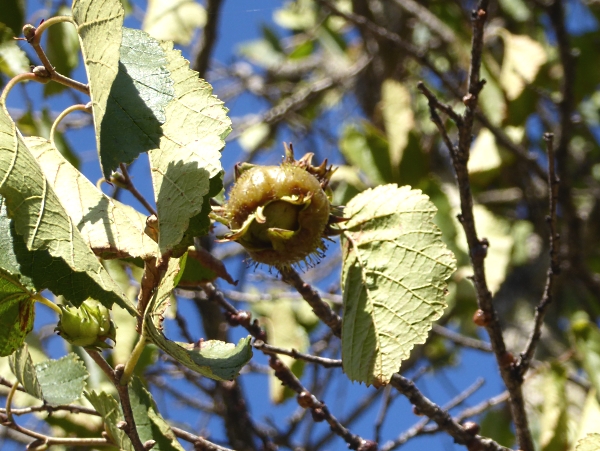 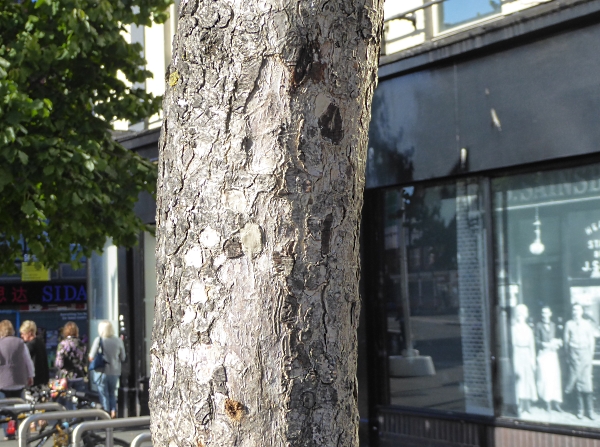 Our next stop was the Oratory next to Anglican Cathedral. The art didn’t detain us at all (the litter on the floor was Art ??), but we had a good look at the wonderful old funerary monuments on the walls. Outside is Tracy Emin’s “Bird on a Pole”. Is it meant to be some sort of Wagtail? Hard to tell. Far more satisfactory were two real Peregrine Falcons, sitting high up on the west front of the Anglican Cathedral. 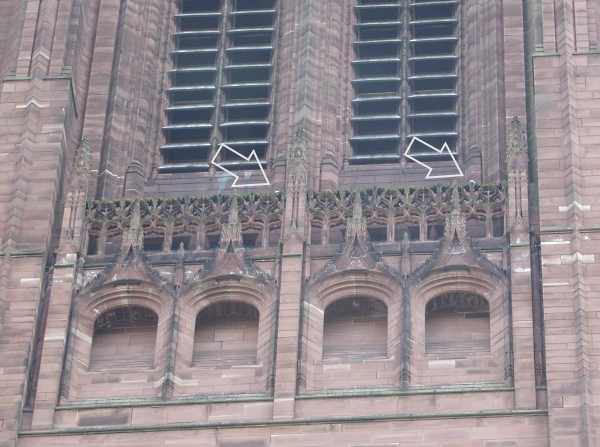 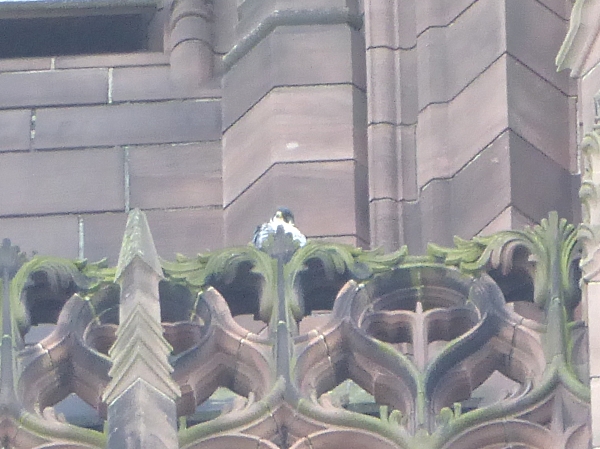 A Jay flew over and a Grey Squirrel scampered across the car park. They were both unexpected so close to the city centre. In the house gardens below the cathedral we spotted a Marrow plant in flower, being pollinated by a Honey Bee. Then we looked at some Art in the warehouse of Cain’s Brewery (still not impressed) and lunched overlooking the Marina, where they teach wakeboarding.

Our Corpse of the Day was a rather small and dried-up Cod lying on the pavement outside the old HMRC building (now The Keel residential development). It was much too far from the railings for it to have jumped out of the river on its own, and why would a fisherman discard it? Which led to the old music-hall question, “Why did the Codling cross the road?” 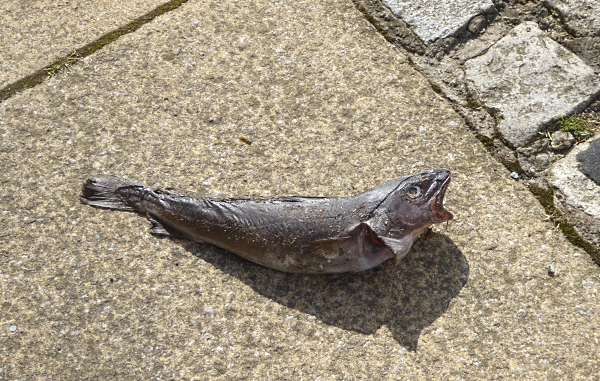