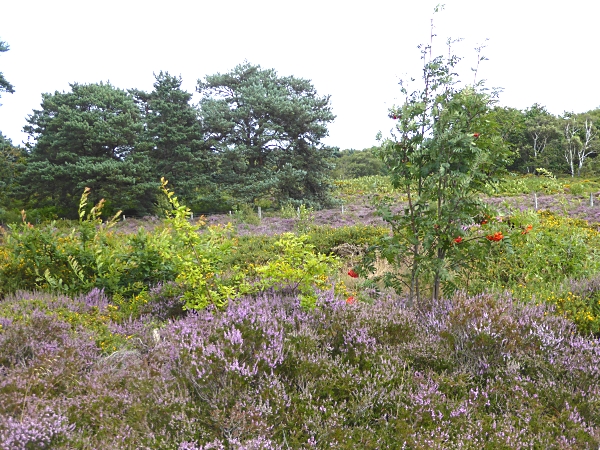 This was a joint MNA / Sunday Group walk, with eight of us altogether – three “double” members, one “Sunday only” person and three additional “Nats”.  After noticing the molehills on Frankby Green we turned into Frankby Cemetery, hoping for Mandarin ducks on the pond, but there were only Mallards. No other interesting birds either, just a few Wood Pigeons and our Corpse of the Day, a young Blackbird. Sid found a small moth inside the gents loo, but we have to record it as an unidentified Noctuid. On the Buddleia by the cemetery office doorway there were a couple of bright butterflies, a Red Admiral, and a Peacock with its proboscis deep into a flower. 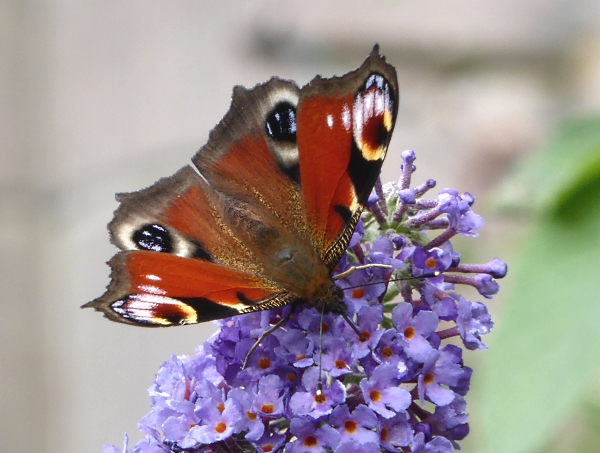 There was another Peacock on Buddleia along Montgomery Hill. It was sunny and breezy until we took the shady footpath south eastwards into the park. One of my goals for today was an uncommon tree, a Madrona Arbutus menziesii, which is said on the TROBI database to be “by the old iron fence S of Frankby Mere, at edge of clearing in the pinewoods (hard to find!)” Three of us set off looking for it while the others lingered over invertebrates. We found a young Tulip Tree, and the old iron fence, but were otherwise unsuccessful. We did, however, note some unusual “buds” on the Sessile Oaks which turned out to be Artichoke Galls. According to Wikipedia they are caused by the parthenogenetic gall wasp Andricus foecundatrix and affect both Sessile and Pedunculate Oaks. 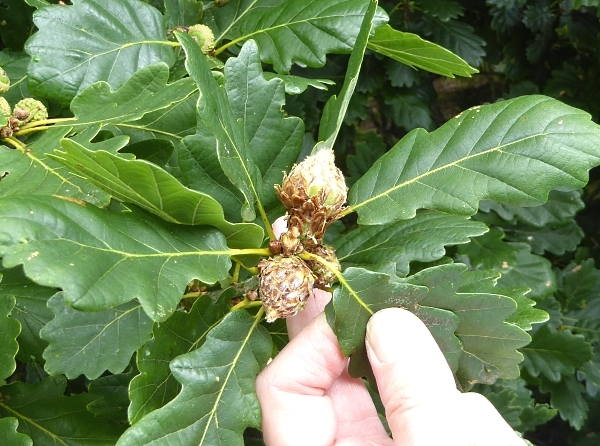 We had expected to re-connect with the others for lunch in the walled garden, but it was closed. Mobile phone time. The others had found the Madrona right away, without really looking for it, and were sitting under it having their lunch! We met eventually near the Ranger Station and walked southwards over the high sandstone heath near to Thor’s Stone. Interesting view over to Hoylake and Moreton, with the yellow bases of new wind turbines being put in. 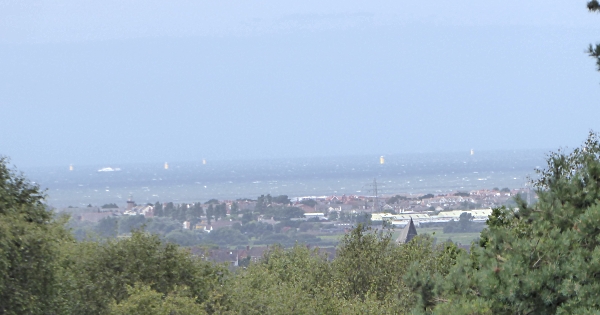 The Birch was seeding heavily and there were thick patches of bright purple Bell Heather. 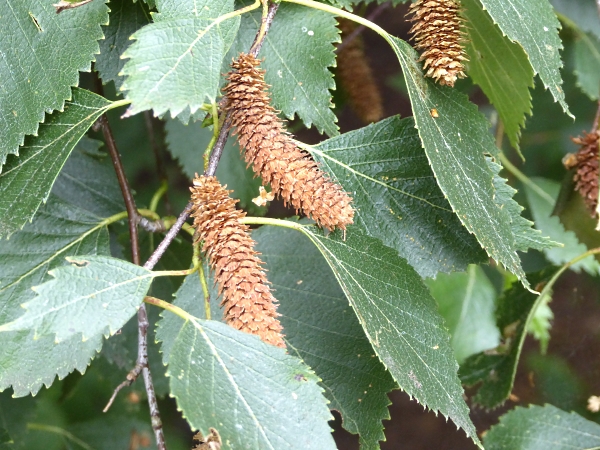 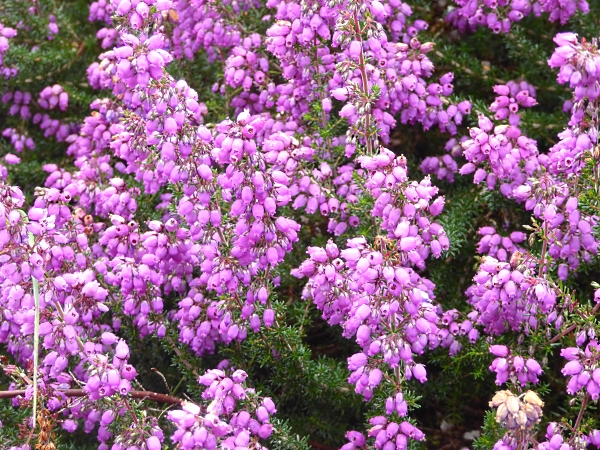 A fast-moving dragonfly was probably a Migrant Hawker, and we noted a patch of an Umbellifer with much smaller flower heads than the others of its family. It was a new one on me, Upright Hedge Parsley, which also flowers later than its cousins. Back at the Ranger Station we looked around the day’s displays. Alwood Donkeys had a mother donkey in a pen with her much admired 12-day-old foal called Buzz Lightyear. 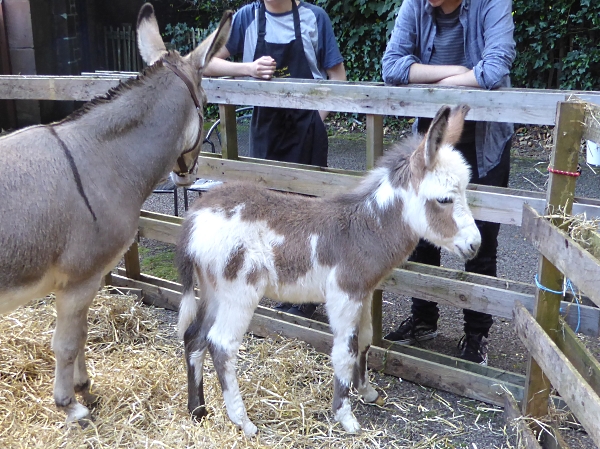 Rockliffe Raptors were there too, with Ziggy the Common Buzzard, Truffle the Asian Brown Wood Owl (Strix leptogrammica) and Zako the Little Owl. 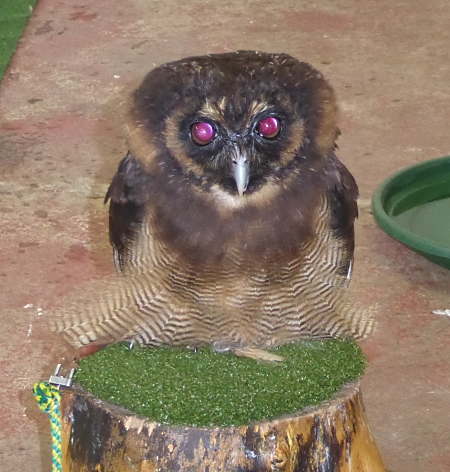 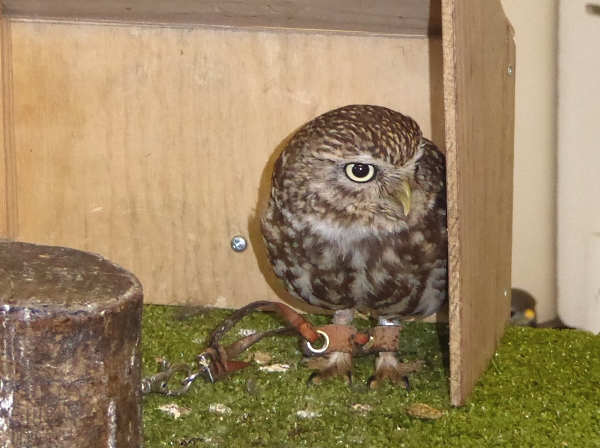 On the way back John took us to the Madrona tree. When it was last checked and measured by TROBI, in 2000, it had three stems, but one has since been removed. It’s still the Britain and Ireland Champion for girth, though. It’s an evergreen, native to the US west coast, with orange-red bark. Two Buzzards called and displayed overhead while we were looking at it. 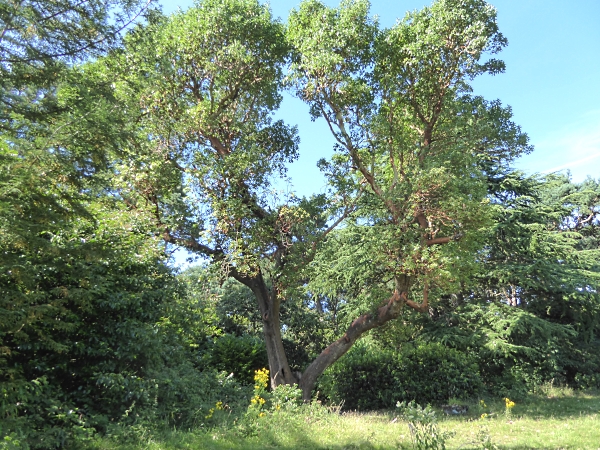 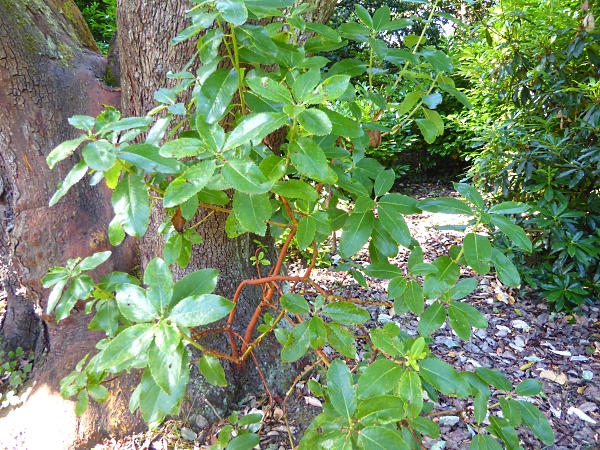