A natural history packed day as DaveB and I visited a couple of sites in the Wrexham area using public transport. We initially took the train to Chester then boarded Arriva’s 1 bus alighting at the village of Marford famous for its quaint Gothic revival cottages, built as part of the former Trevalyn Hall estates. Crosses also feature in the cottage designs to protect the inhabitants from the ghost of Marford “Lady Blackbird”, who is said to tap at the windows.

The land around Marford and nearby Gresford was formed at the end of the last Ice Age when two ice sheets joined. When the ice melted, about 14,000 years ago, it left behind huge areas of sand and gravel and Marford Quarry was opened in 1972 providing the source of the aggregate for the Mersey Tunnel. The site was designated a SSSI in 1989 primarily because of its rare Invertebrate species including solitary and spider hunting Wasp species and Plants including Wild Liquorice Astragalus glycyphyllos, Green-flowered Helleborine Epipactis phyllanthes. North Wales Wildlife Trust bought the site the following year. 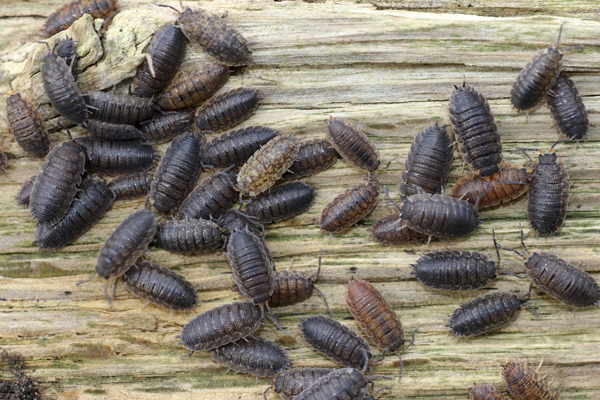 We turned over a few logs and disturbed groups of Common Striped Woodlouse Philoscia muscorum, Common Shiny Woodlouse Oniscus asellus and a couple of Pill Millipedes Glomeris marginata. Another log had a few Ground Beetles including one of the two species of Violet Ground Beetle called Carabus problematicus which has ridges and dimples on its elytra. A small felt mat that is designed to absorb heat and attract Reptiles to hide underneath had done its job well with a female Slow Worm Anguis fragilis adopting a sinusoidal pose. 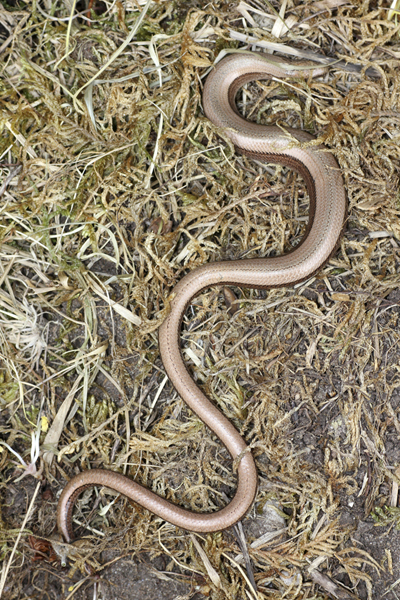 A Sand-tailed Digger Wasp Cerceris arenaria sat on a leaf for a photo and later we saw a number of others entering the nest holes in a sandy bank, from which side-tunnels radiate leading to cells. An egg is laid in each cell and the growing larvae are provisioned with paralysed prey, mostly Weevils Curculionidae sp. 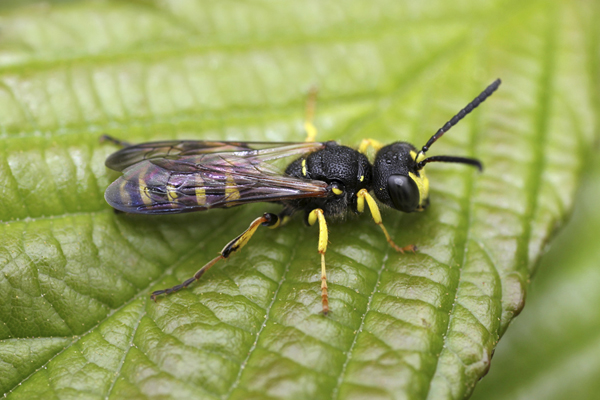 The leaves of the tall flowering Great Mulleins Verbascum thapsus around the site had been almost completely decimated by the caterpillars of the Mullein Moth Cucullia verbasci leaving noticeable frass (pelleted excreta). However there were no caterpillars now visible – we searched on and under those remaining leaves, amongst the flowers and in nearby vegetation. We then found a few flowering spikes of White Mullein Verbascum lychnitis which had half a dozen caterpillars of varying sizes. 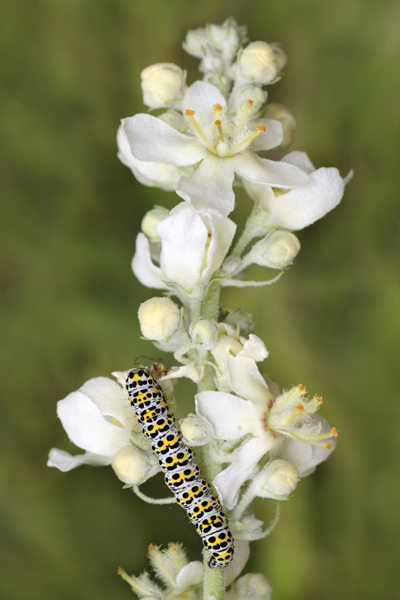 There were a few small but bright red Robin’s Pincushion Galls a.k.a. ‘Bedeguar Gall on Dog Rose Rosa canina caused by the Gall Wasp Dipoloepis rosae, Willow Rust Melampsora spp. on the leaves of Salix sp. and a Yellow Waxcap Hygrocybe flavescens. 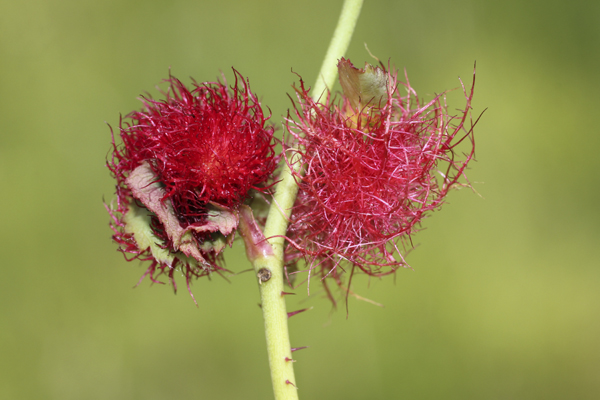 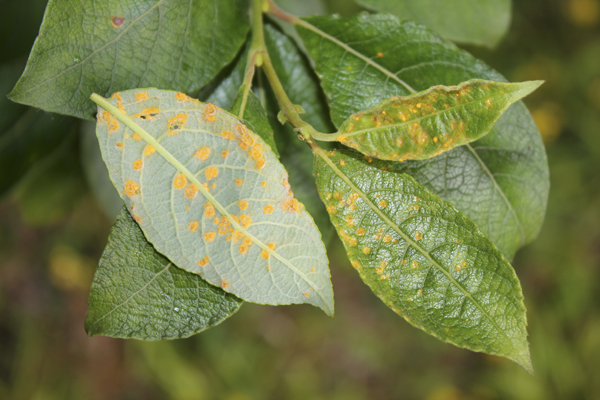 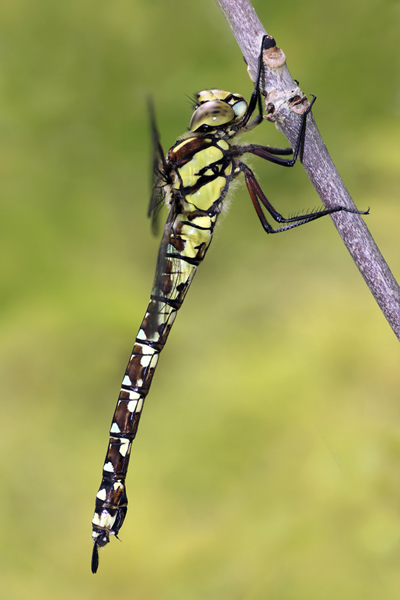 After quickly eating our lunch we boarded the Arriva 10 bus to Minera  whose name derives from the Latin for “mine” or “ore” (the Welsh name Mwynglawdd translates roughly as “ore mine”). We disembarked at the village triangle walked down the road and crossed the newly re-pointed stone bridge over the River Clywedog where Dave spotted a Dipper flying upstream before turning onto Ty Brith Ln and onto the track leading up to the Quarry. Plants included Greater Celandine Chelidonium majus, Hedge Woundwort Stachys sylvatica and the feathery-looking leaves of Brittle Bladder-fern Cystopteris fragilis growing amongst the Polypody Polypodium vulgare.

A scrubby area with flowering Blackberry Rubus fruticosus and Field-rose Rosa arvensis attracted Mountain Bumblebees Bombus monticola and the Hoverfly Volucella pellucens with the umbellifer heads of Ground-elder Aegopodium podagraria holding a scattering of other Insects.

Next the wooded area growing on the old lime slag heaps had Common Spotted Orchids Dactylorhiza fuchsii in a variety of colours, Common Twayblade Neottia ovata along with Broad-leaved Helleborines Epipactis helleborine that were just in bud and a few spikes of the green fruits of Lords-and-Ladies Arum maculatum. 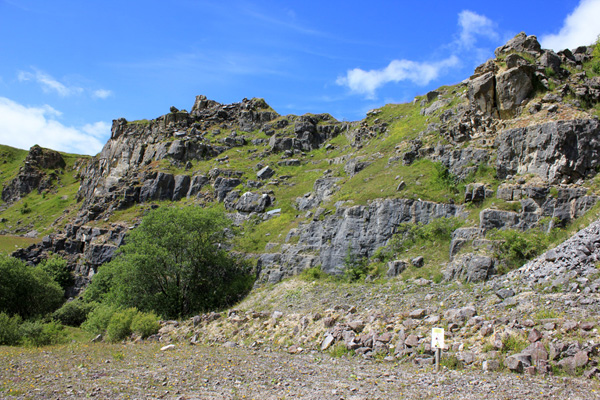 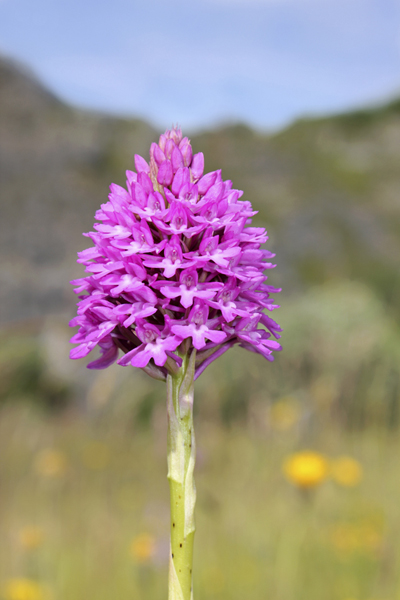 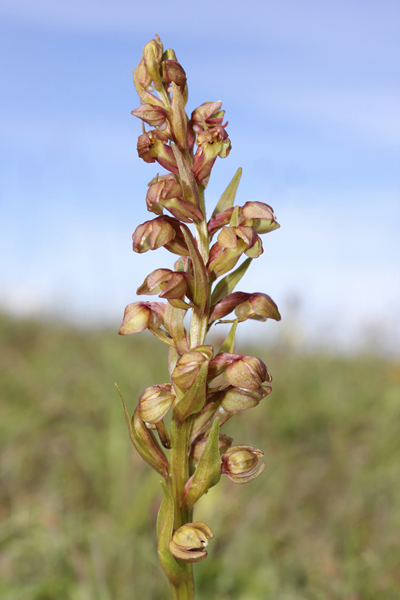 We climbed up a path through woodland along the bottom edge of the quarry before emerging at a ridge giving great views over the whole quarry complex. A few more Wildflowers with Salad Burnet Sanguisorba minor and Kidney Vetch Anthyllis vulneraria but the best was kept until last. I’d only read a few days before our visit that Frog Orchids Coeloglossum viride had been re-discovered at the quarry in 2014 and lo and behold there was a small flowering spike. The compact cowl of three sepals forms a globular shape with the tongue only just protruding from beneath the cowl. Once we had our eye in, we counted forty small spikes!