There is no regular bus service from Ormskirk to Burscough Bridge any more, but during Heritage Weekend Merseyside Transport Trust operated a free vintage bus service. It was fun to ride on an old Liverpool double-decker, with a conductor issuing tickets. 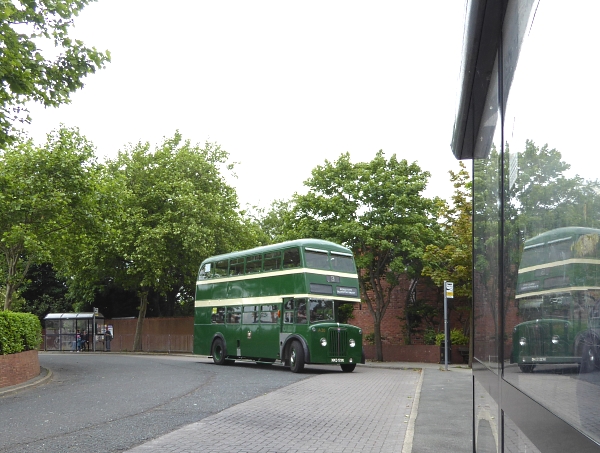 At Burscough Wharf there were Morris Dancers, traditional craftsmen and a display of old tractors. Many narrow boats had gathered on the canal, mostly the same ones as we saw at the Eldonian Village last weekend. We walked south on the canal towards the Rufford canal junction, then up the Rufford Branch to Runnel Brow Bridge, back along School Lane, and came out in Burscough Bridge at the Hop Vine pub. There wasn’t much wildlife today. All the Mallards had fled the activity at the Festival, although we saw some later. We heard a Chiffchaff, many Jackdaws, and spotted a hovering Kestrel. Corpse of the day was this chick in a gutter under a bridge, which was probably a baby Feral Pigeon, a squab. 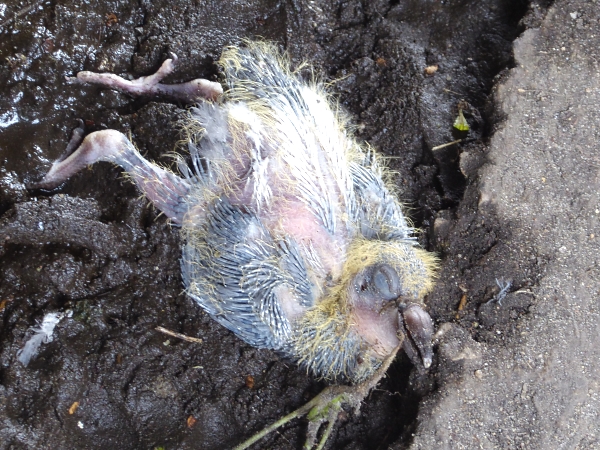 Near Runnel Brow Bridge we noted a 7-spot Ladybird on some nettles, and also this insect. It’s horribly out of focus, sorry, but Sabena has been able to  identify it for me as Plant Bug (Family: Miridae) Grypocoris stysi, which is often found in woodlands on umbellifers and nettles. 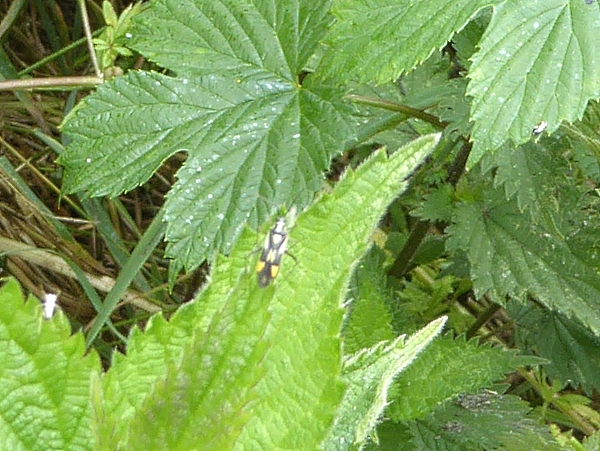 A house and barn on School Lane, dated 1794 and 1795, had several bird boxes high on the wall. One seemed to have lots of big flies around it, but binoculars revealed they were White-tailed Bumble Bees, who must have had a nest. We got the Vintage Bus back to Ormskirk, which  just  missed a train so we had to wait almost half an hour for the next one..