I know it’s only January, but I thought I’d go and look for any signs of spring – any flowers, Snowdrops or catkins. The official Sunday walks haven’t started yet, but it was a fine bright day, ideal for the Waterloo beachfront gardens. In the domestic gardens on the way I noted the hairy buds of Magnolia, one very early Camellia in flower and a Silk Tassel tree Garrya elliptica, which puts out long catkins or tassels in January. 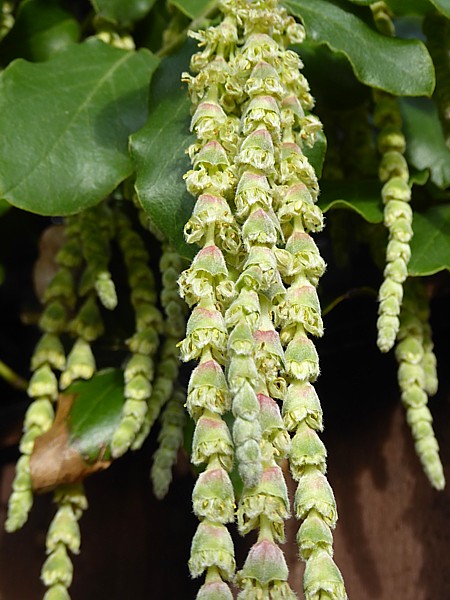 There were also several examples of the December-flowering shrub Laurustinus Viburnum tinus, which is one of the parents of the winter-flowering hybrid Viburnum x bodnantense. 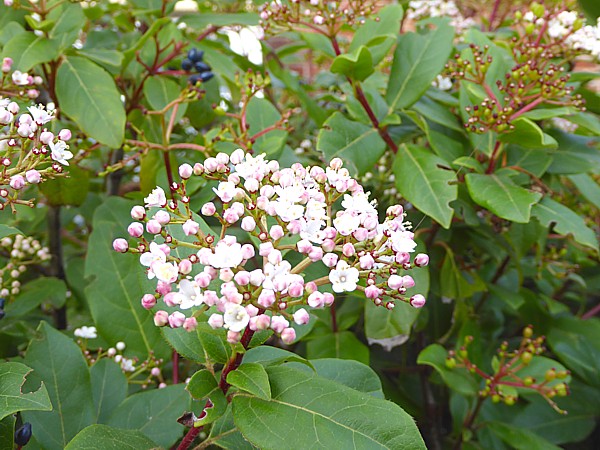 At the north end of Beach Lawn Garden there was a flock of 200-ish Starlings, fluting and whistling on the rooftops then wheeling overhead. Just inside the gate was some kind of Mallow in flower. Is it a Hollyhock Mallow? A garden type, anyway, but a welcome splash of brightness on a brisk January day. 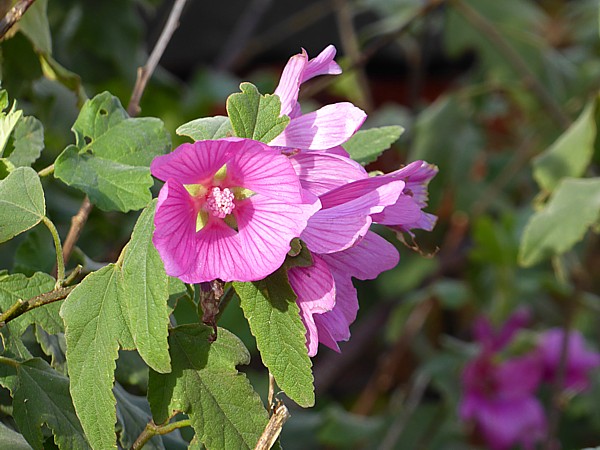 In Adelaide Garden, a Blackbird was chucking low down on a fence, then vanished into the shrubbery. There were lots of Herring Gulls aloft, hovering in the strong onshore breeze. Spears of Daffodils were shooting up. 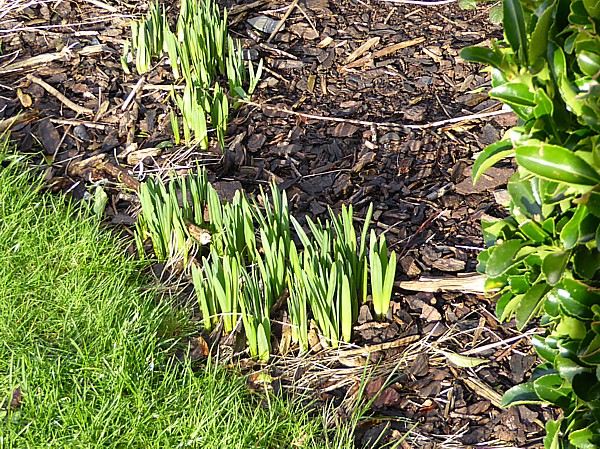 There were Feral Pigeons and Wood Pigeons in Crescent Garden, and also a Carrion Crow defending what looked like a meaty bone. There’s a colony of House Sparrows in the shrubbery. Around the disused raised pond the paths were flooded. 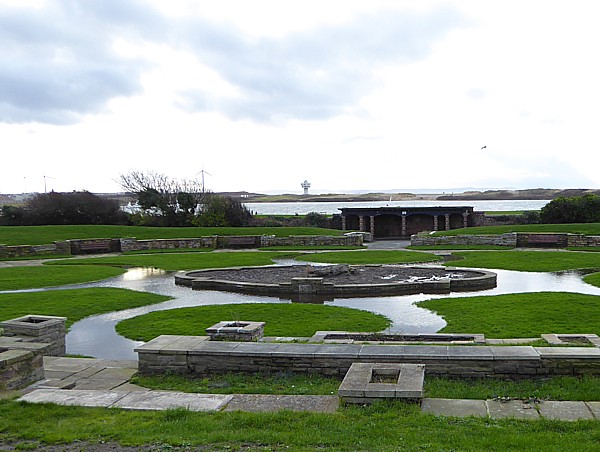 I stopped for a pot of tea in the café called Waterloo Place, in what used to be the old shop and loo block at the end of South Road. They had lamb stew, hot soup, award-winning pies and home-baked cake. The smart new crockery all matched and I was given a tea strainer and stand. Very elegant! Strongly recommended. 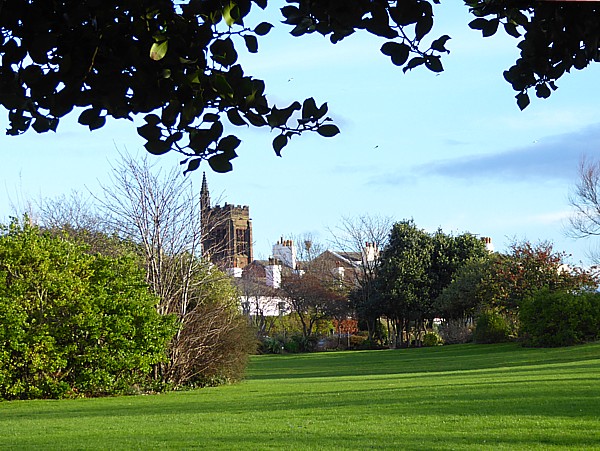 Then into the southernmost garden, Marine Garden, where there were Daisies and Shepherd’s Purse in flower, some Heathers and a cultivated Periwinkle. I spotted no catkins or Snowdrops today, but a Robin was proclaiming its territory from the top of a bush, which must be some kind of forerunner of spring.

My Tree of the Day was a nicely-shaped Holm Oak, with plain glossy leaves, paler and slightly furry underneath. The bark was dark and finely cracked. I looked up into the crown for acorns to clinch the ID, but couldn’t see any. However the ground underneath was covered with tiny undeveloped acorns, 5-7mm across.  I wonder why they all failed? Is there no other Holm Oak in the vicinity to provide pollen? 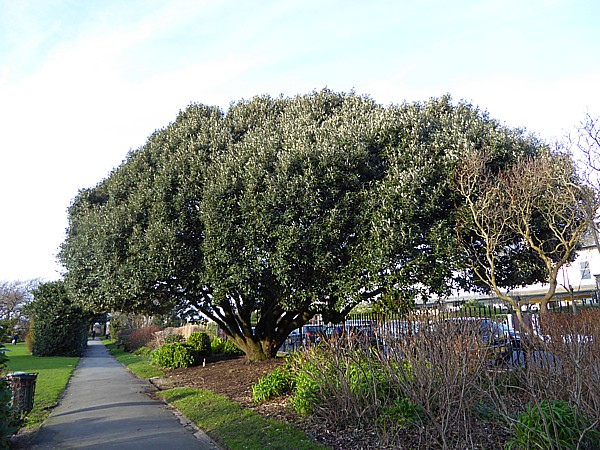 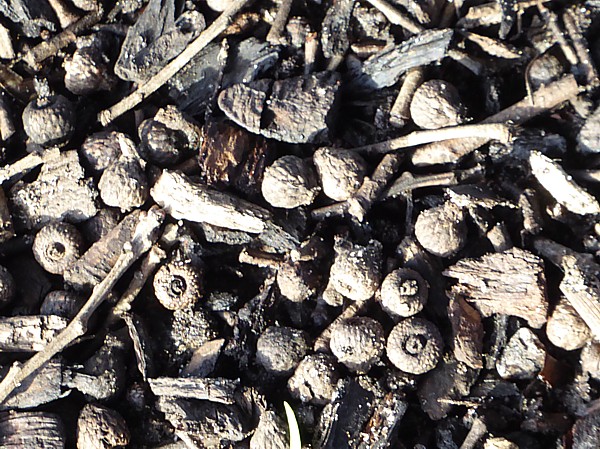 My route home took me through Victoria Park, which is surrounded by rows of Lombardy Poplars. The trunks are massive, very gnarled and buttressed. I think they must be the original plantings of 1902, and now over 100 years old. 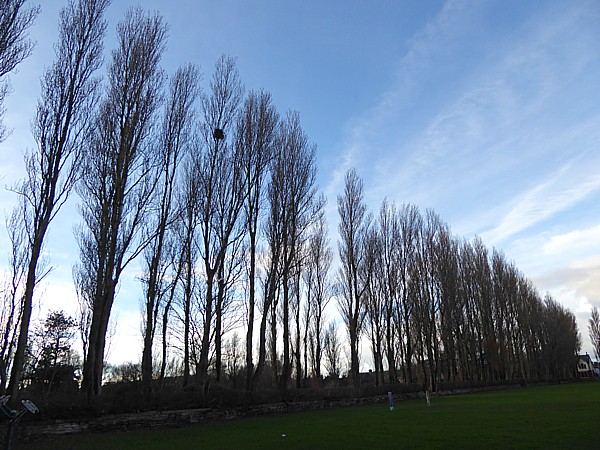 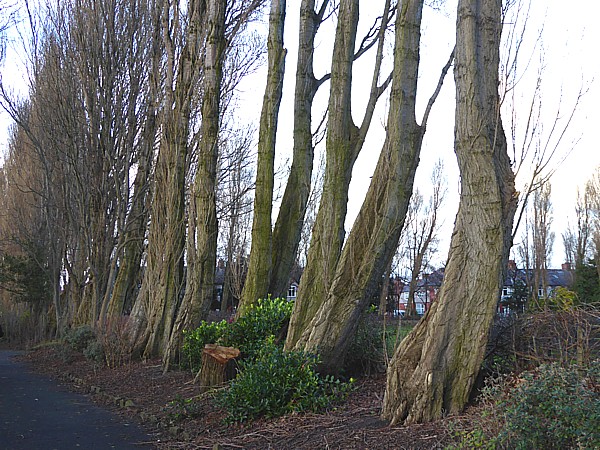