There was a dead hedgehog in road this morning as I set out, outside SS Peter and Paul church in Crosby. It was only a small one, probably quite young, and it seemed to have been hit by a car only an hour or so before.  A bit gory, sorry. 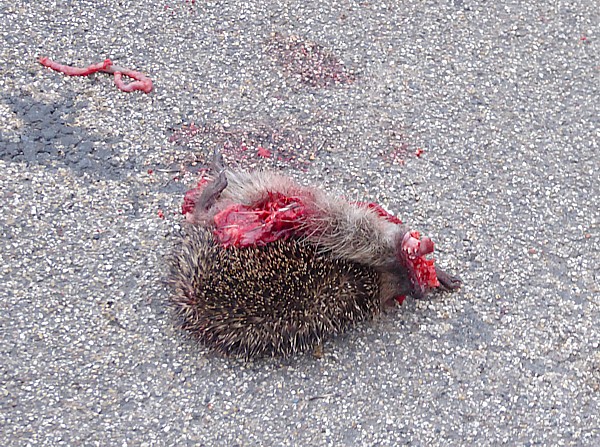 At Wallasey Grove Road Station there’s a sign saying that it is “tended and cared for by the Edible Wirral Partnership”. There was a raised bed, but no sign of any vegetables. More Ivy-leaved Toadflax was growing and flowering, though. What a tough little plant it is!  In light rain we threaded through Groveland Road, past St Nicholas Church and down Newport Avenue, and by the time we got to the prom the rain had stopped. We headed about a mile along the front to New Brighton. A Crow was hovering over the golf club dune heath in the stiff breeze and the Gorse was flowering profusely. 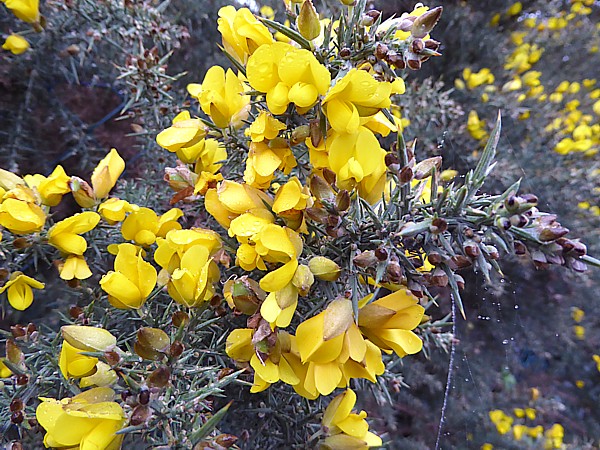 There was a lot of sand on this side of the sea wall, probably thrown over in the tail end of Storm Desmond, which had brought flooding to Carlisle and Cumbria.  Several Black-headed Gulls were on the grass, one with its black head starting to show. That’s early! 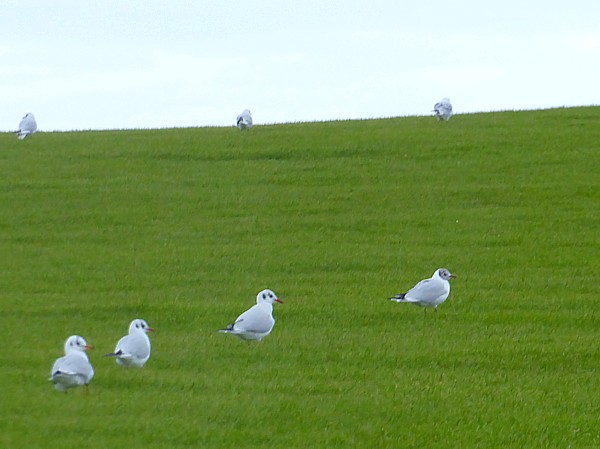 Scattered on the beach were immature Gulls and a several groups of Oystercatchers, standing on their reflections in the wet sand and preening. 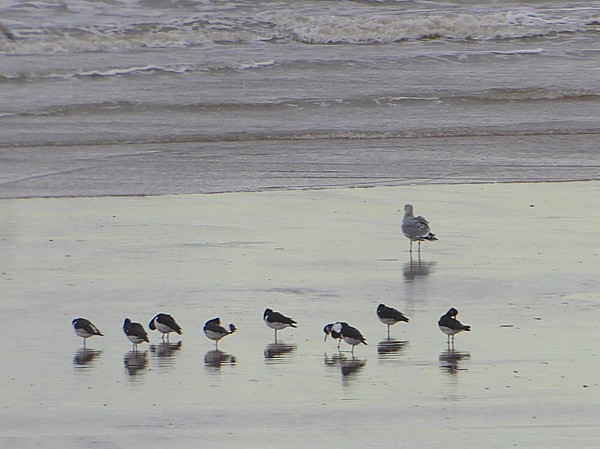 We had great views of the five new “mega-max” quayside cranes, which arrived last month at the new container terminal after an 18,000 sea voyage from Shanghai. 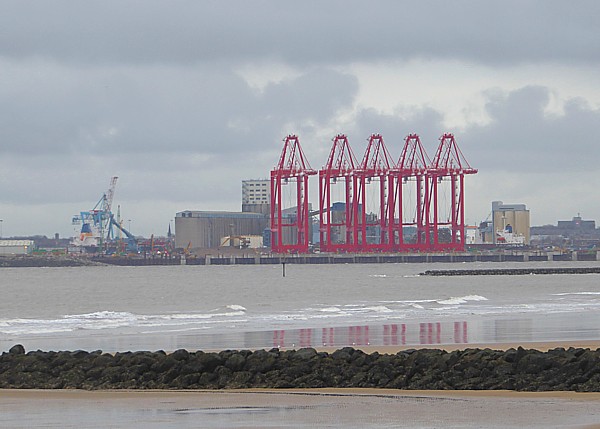 We had our Christmas dinner at Wetherspoons, joined there by Seema and Christine, who had been to West Kirby to see the young Red-throated Diver which has been hanging around there for the last week or so.