Botanic Gardens is the oldest Liverpool park. It was originally a private walled botanic garden, opened in 1836, making it 30 or 40 years older than any of Liverpool’s other city parks.  It has recently been Grade II* listed by Historic England. 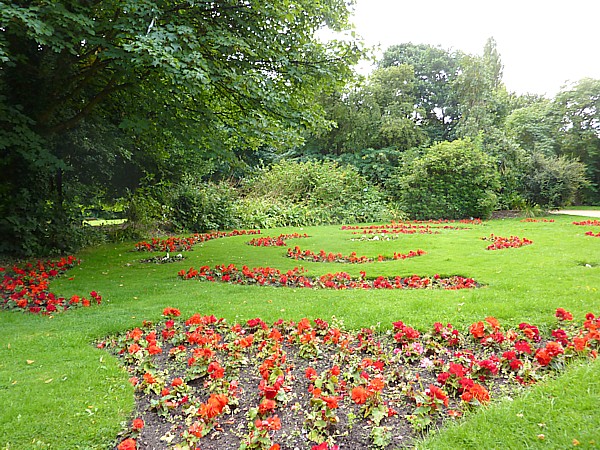 Our happiest find was several specimens of the uncommon Tree of Heaven Ailanthus altissima.  After not finding one on the Tree Trail at Reynolds Park last year (it was a mis-labelled Black Walnut) we were delighted to be able to have a good look at the leaves with multiple leaflets, each with a couple of big teeth at the stalk end and uneven at the base. One tree had some clusters of ash-like seeds, confirming that this definitely wasn’t a Black Walnut. 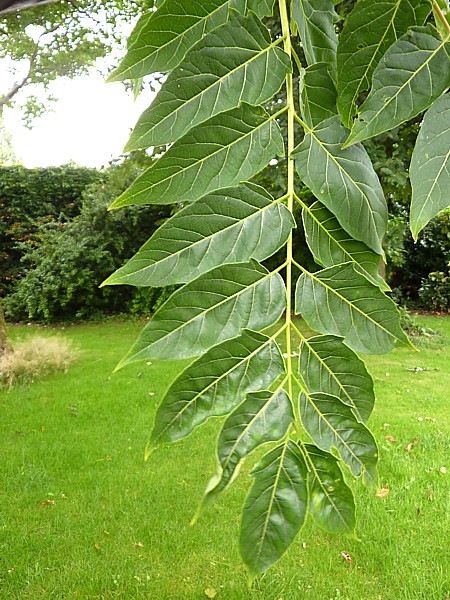 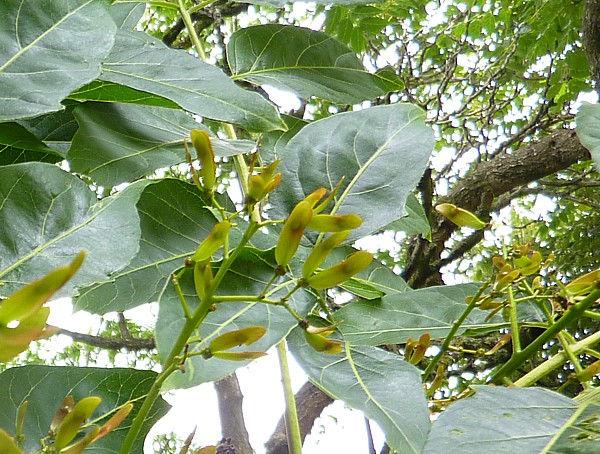 Birds are still quite thin on the ground. The shrubberies had Blackbird, Robin and Wood Pigeon, while Swallows swept low over the lawns and a few Magpies loitered about. Speckled Woods danced in glades, and the few flowers still in bloom attracted a Large White butterfly. One of the prettiest flowering shrubs was this pink and blue Lacecap Hydrangea. 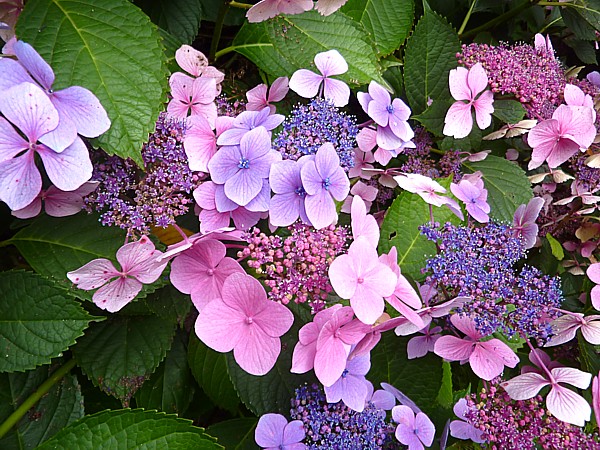 Several other trees puzzled us. The one with the red berries was probably some variety of Cotoneaster. One with oak-like leaves might have been Swedish Whitebeam while one big tree had thick leaves that surely belonged to some kind of Fig, although we couldn’t see any fruit on it. 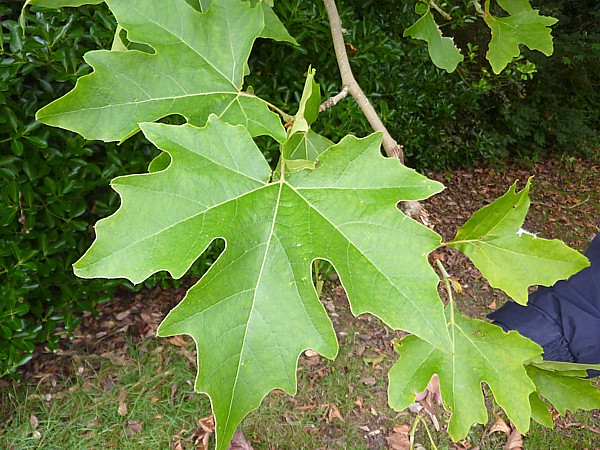 One very handsome conifer had drooping, ferny foliage similar to Cypresses. I think it was a “Western Red Cedar” Thuja plicata, which isn’t a Cedar at all, it’s part of the Juniper/Thuja group. 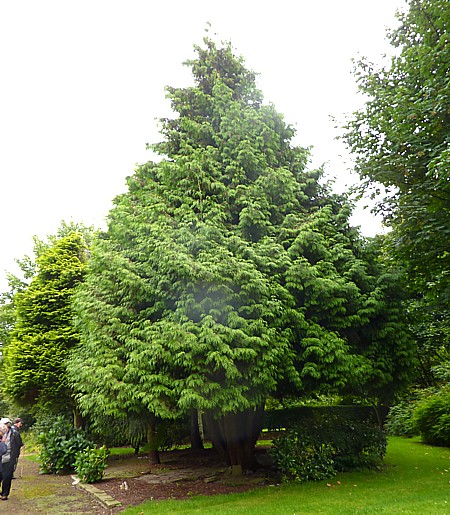 The main lawn is bordered by an avenue of London Planes. This area used to have two seated statues, said to be of Tam O’Shanter and Souter Johnny, but they were so badly damaged that they were removed in 2013. There are pictures of them on the Liverpool Monuments website. 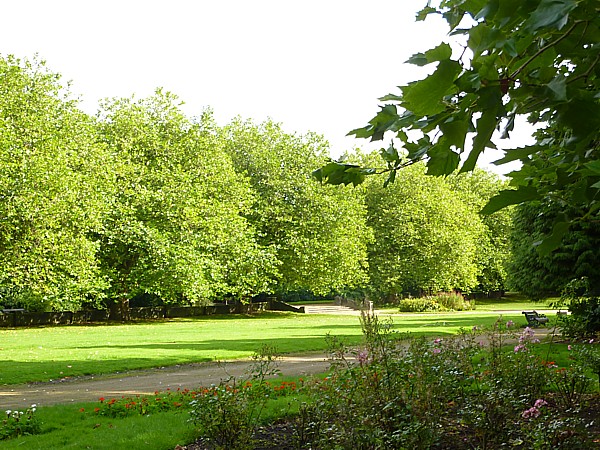 At the northern edge of the same lawn, just above the steps, there is a derelict fountain. Right next to it is a Cedar of Lebanon, which would make a splendid focal point for a sight line, except that it is partially obscured by a tall spindly Gingko! 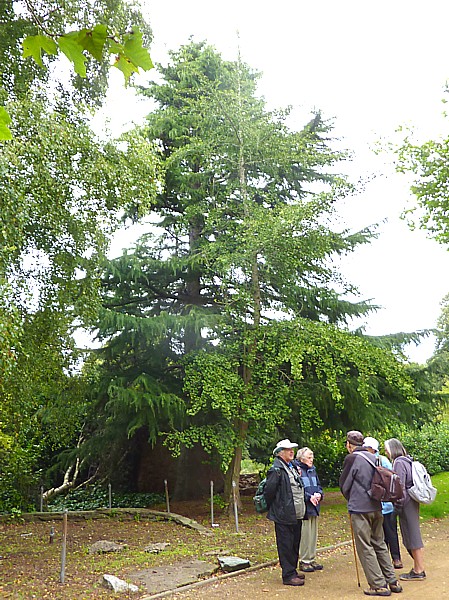 After lunch we returned to the garden entrance, where we spotted a Grey Wagtail in the derelict ground where the old greenhouses used to be. Then we set off through the houses to Newsham Park, past the boarded-up church of St John the Divine C of E, Fairfield. Although it’s a lovely-looking small church, it was authorised for demolition in Aug 2008 because the spire was said to be in danger of collapse. There has been a local campaign to save it and, so far, it still stands. 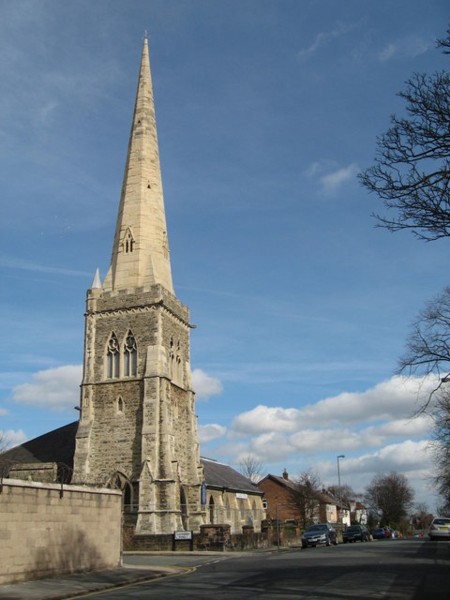 Photo originally from Geograph, and may be reused subject to this creative commons usage licence

Model boats were being put through their paces on Newsham Park Boating lake, ignored by the Canada Geese and Mallards. On the main lake we added Moorhen and Coots, while grassy areas held Black-headed Gulls, Carrion Crows and a Grey Squirrel.  There was a small patch of late wildflower meadow on the edge of the big field, and in the former Rose Garden we came across a group of volunteer Friends, tidying up a flower bed. They told us the wildflowers were theirs, planted from seeds donated by Kew to Community Groups. 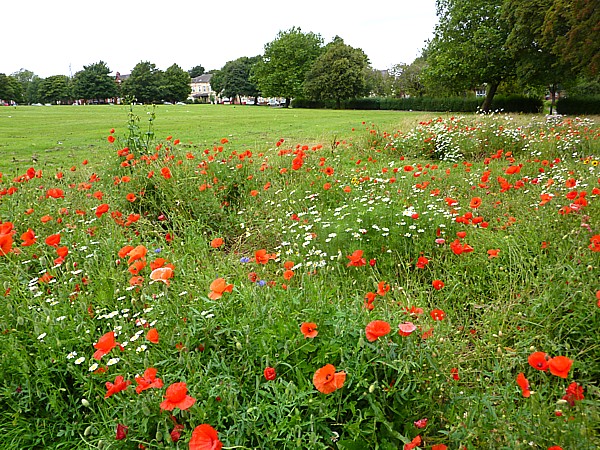