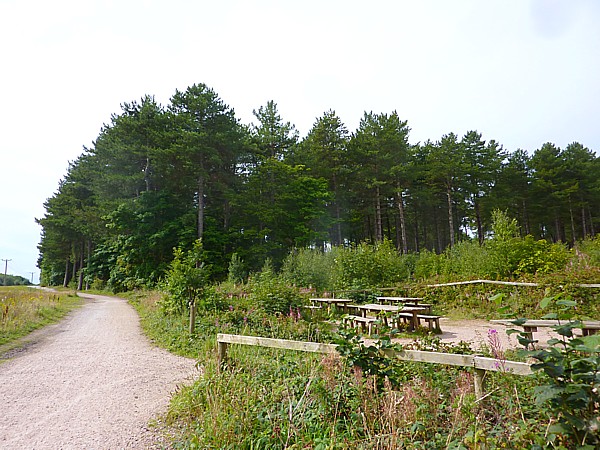 It was a still, dry and sunny day, but not so warm as it has been recently, so very pleasant for walking. We turned south from the station along Mossgiel Avenue and followed the path alongside the railway. On the verges we noted Tansy, Harebell, Ragwort, Rosebay Willow Herb and masses of a pink flower which we thought was escaped garden Stock. There were a couple of Rabbits on the edge of the school playing fields. One popped swiftly down its burrow, but the other was hunched up with sore-looking eyes. It looked like it had Myxomatosis. 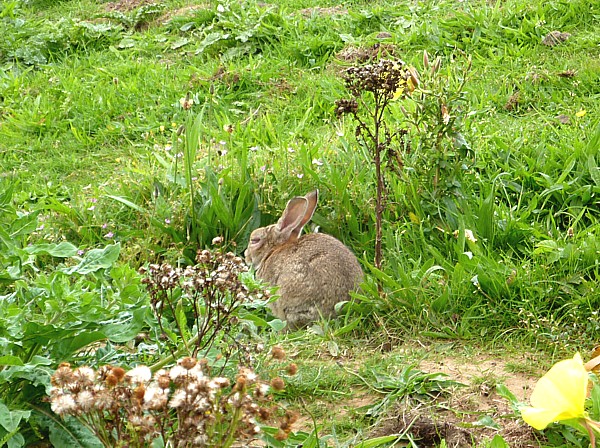 There are never many birds around at this time of year, and we saw only two Great Tits and a Wood Pigeon in this area. We saw a good butterfly, though. It was on some bare sand and it took off before we could look at it properly. It was some kind of Fritillary, probably the Dark Green Fritillary, which the reserve is proud of.
I stopped to look at a tree which looked like Sycamore but didn’t appear to be quite right. The leaf stalks (petioles) were yellow not red, the two lower lobes of the leaf were underdeveloped and the winged seeds looked paler and less vigorous. However, it had tar-spot fungus, which is specific to Sycamore. Mitchell’s Field Guide says it was a Sycamore, but bearing the signs of an old tree. 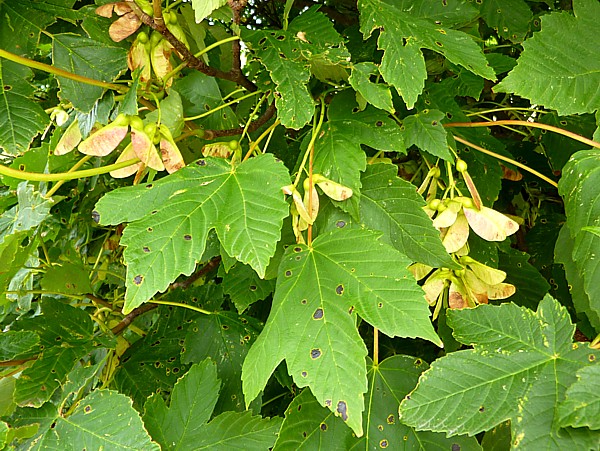 Further harbingers of autumn were four Mistle Thrushes which flew up to the top of one of the tall pines, the ripening blackberries, the Hawthorn berries and Rose hips turning red and these acorns on a Sessile Oak. 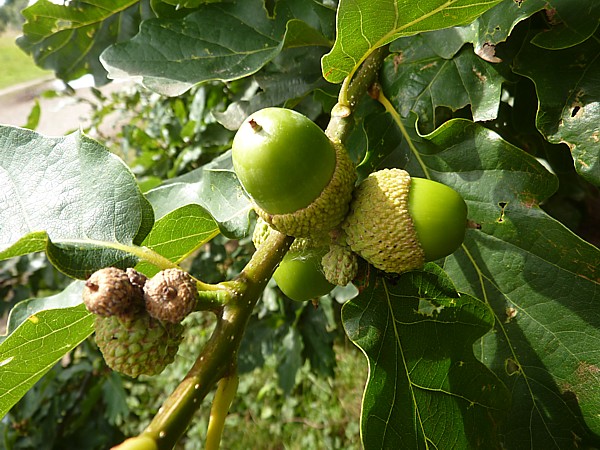 The path was strewn with the cones of Corsican Pine, some of which had been chewed by squirrels, probably Reds because the greys here are controlled. 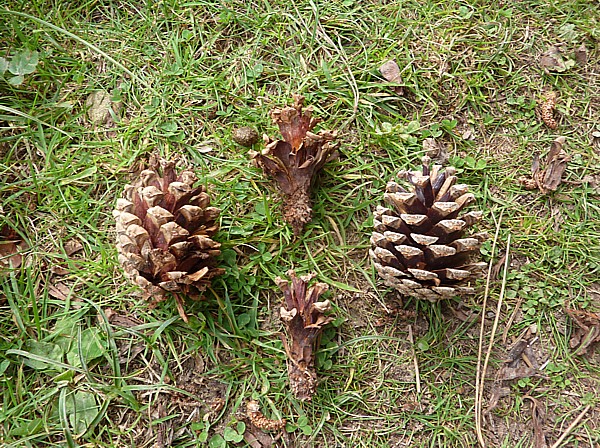 A brown dragonfly flitted along the edge of the path, then vanished. It wasn’t reddish at all, so was it a Brown Hawker? Further flowers were Wild Carrot, Mullein, Evening Primrose, Weld and masses of Rosebay Willow Herb going to seed. 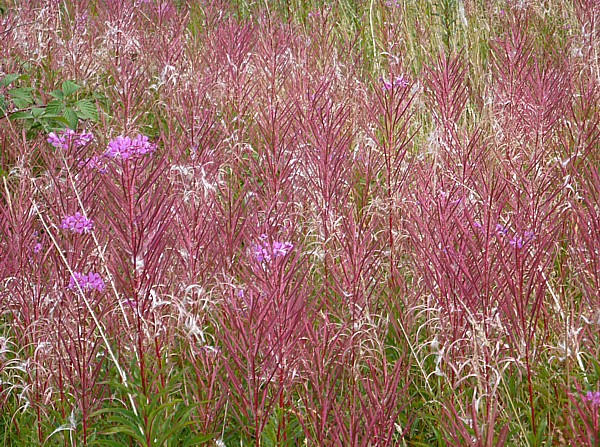 There was pink Centaury in flower in the short grass. According to the reserve signs, it is the rare Seaside Centaury here, not the Common. We also saw one plant with white flowers. However, in Blamey, Fitter and Fitter’s flower book, all the species of Centaury have a white variant shown except Seaside Centaury. It also says that Common and Seaside can hybridise. The best way to tell the difference is the oval leaves on Common and the long strap-shaped leaves on Seaside. The ones we saw had elongated oval leaves, so they must indeed be hybrids. 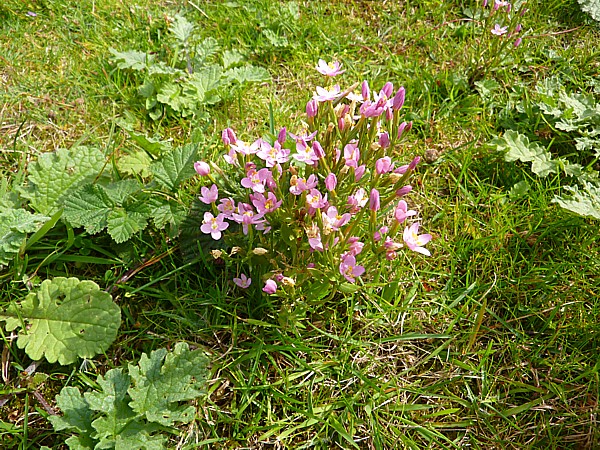 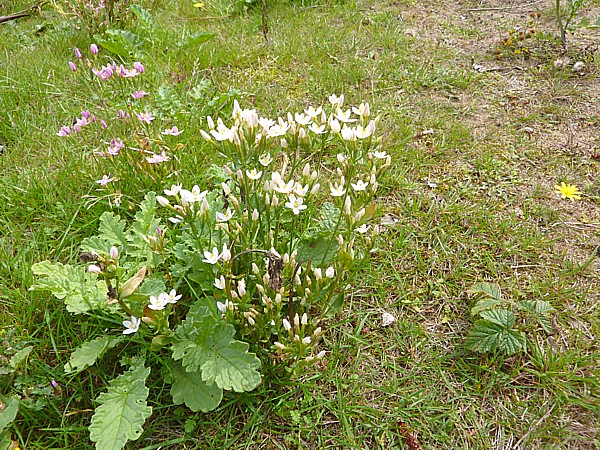 There were Swallows over the greens on Formby golf course and we heard a Great Spotted Woodpecker. Magpies were cackling in the woods. Short bursts of sweet birdsong came from one bush, but it wasn’t a Robin, although we spotted a young Robin on the path a few moments later, just getting his its red breast. A Speckled Wood posed obligingly on a fern. 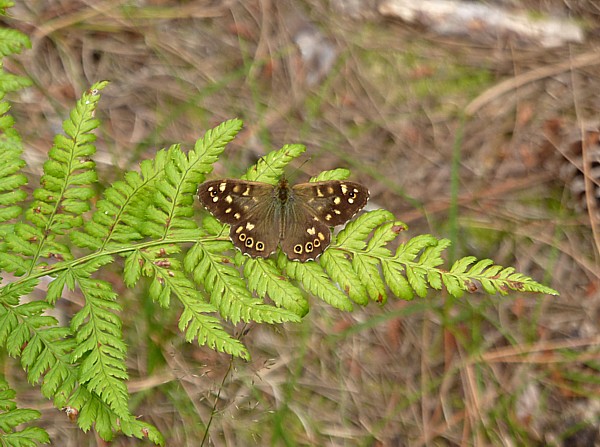 On the other side of the railway the Heather was in bloom, as was Honeysuckle, and escaped Montbretia. There were both Knopper Galls and Oak Apple galls. On Montague Road we noted Yarrow, White Dead-nettle and Honesty. A Red Squirrel scampered across from a garden to the railway and the Rowan trees had masses of red berries. 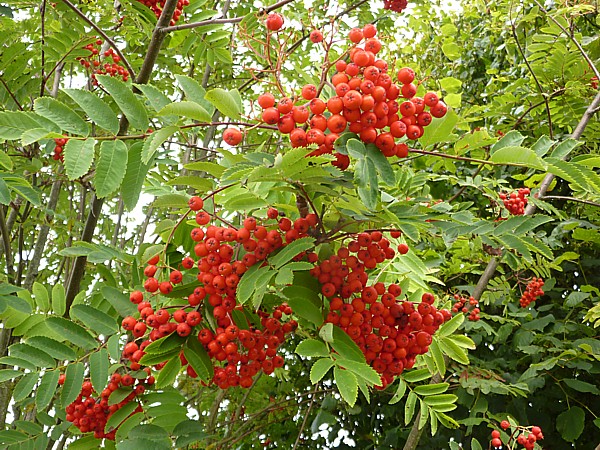 A late-flowering Buddleia had both a Peacock and a Painted Lady, the latter high up and hard to see. I haven’t seen a Painted Lady this year until now, and maybe only one other Peacock. Then we saw a Holly Blue a little further along. A good day for butterflies! 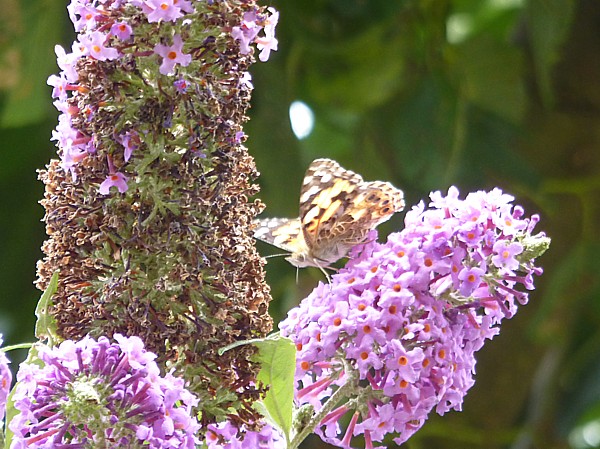 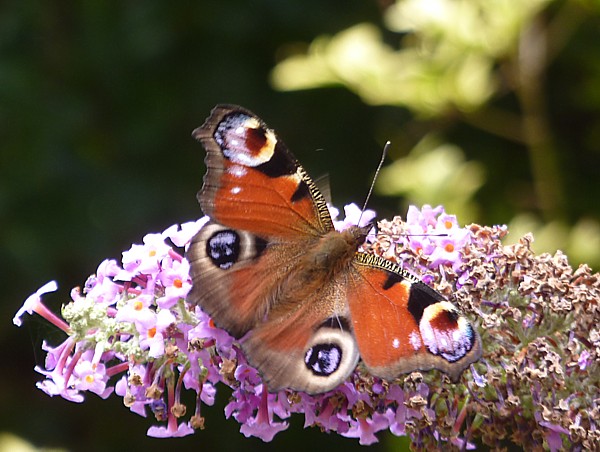 Public transport details: Train from Central Station towards Southport at 10.08, arriving Ainsdale 10.43. Returned from Freshfield Station on the 14.11 train, due in Liverpool at 14.45.