Our goal was the Thurstaston Seaside Fun Day, but since Thurstaston is poorly served by public transport, we had to walk there and back from West Kirby along the Wirral Way, which was five and a half miles altogether, longer than we would have chosen on a hot August day. In the sun it was hot and humid but much of the path was in very welcome shade. 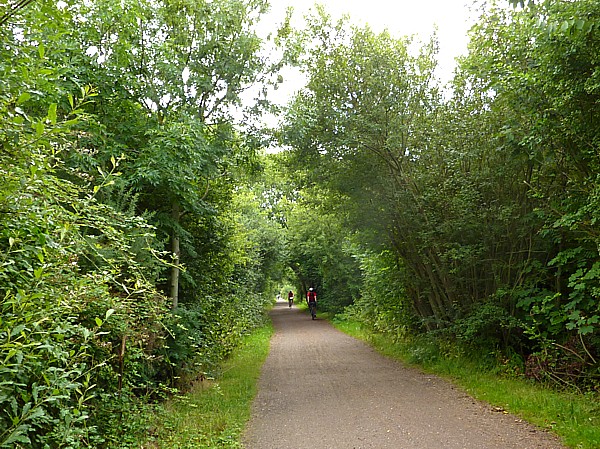 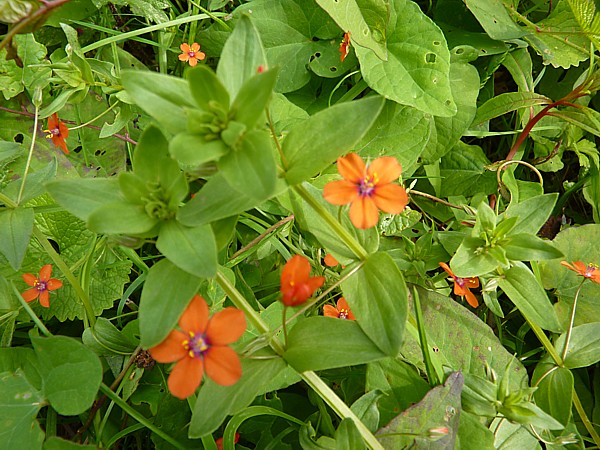 The Ragwort was in magnificent bloom, untroubled by the black and yellow Cinnabar moth caterpillars which chew it to shreds in most years. We have remarked on this all summer, throughout Merseyside, that it’s been a very poor year for them. Our friend Dorothy C, who encourages various caterpillar food plants on her farm, said she noticed loads of Cinnabar moth eggs on her Ragwort earlier in the year, but there was a great thunderstorm and the next day they had all been washed off. 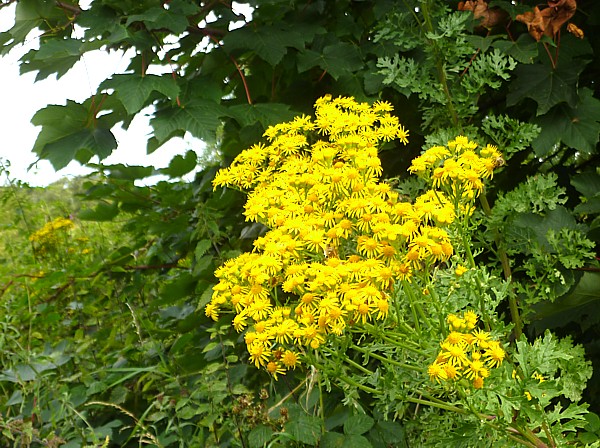 There were several kinds of Bindweed in the verges. The smaller one with some pink on the flowers must have been Field Bindweed. The big white one was either Large or Hedge Bindweed, and I think this pink one with the white stripes must be the rarer Sea Bindweed. 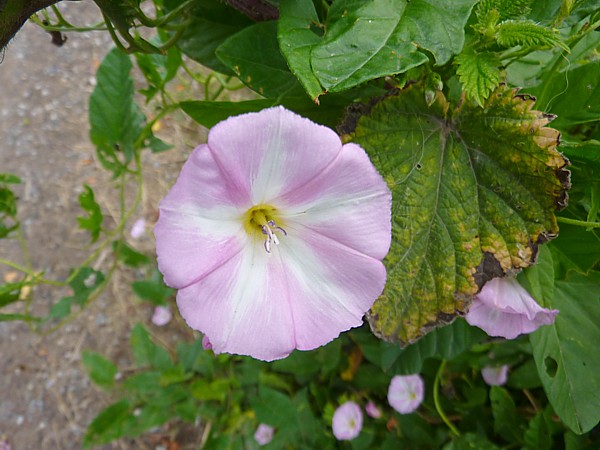 We don’t see many birds this time of year, just Robin, Dunnock and Blackbird on the path, the sound of a Greenfinch wheezing somewhere, and Magpies cackling in the trees. But the butterflies were all on the wing, Speckled Wood, Large White, Small White and Green-veined White, Holly Blue, Gatekeeper and one splendid Comma. 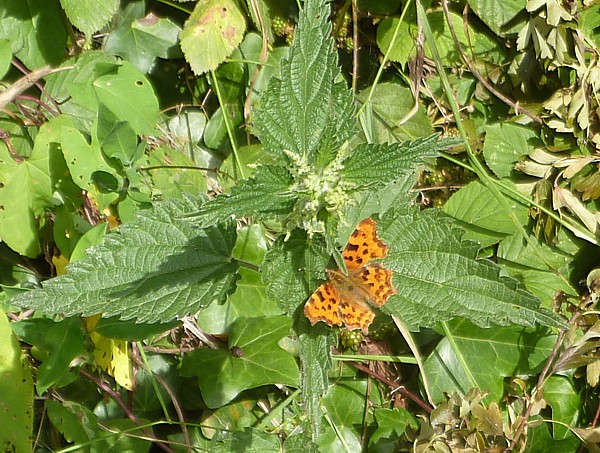 An overhanging branch of wild rose had this Robin’s Pincushion growing. The Wildlife Trusts say it’s a gall caused by the larvae of a tiny gall wasp, Dipoloepis rosae. It is widespread and common, and can be found developing on the stems of wild roses during late summer, acquiring its reddish colour as it matures in autumn. The grubs inside the gall feed on the host plant throughout the winter and emerge in spring as adults. The adults reproduce asexually and only a tiny number are male. 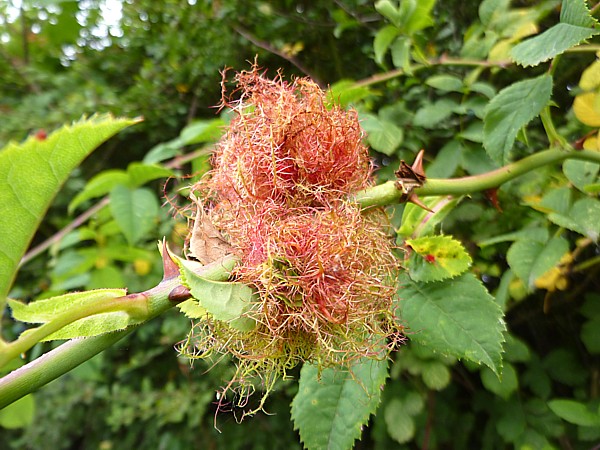 We lunched at the Visitors’ Centre then made our way down to the beach for the Seaside Fun Day. We weren’t terribly impressed. The posters said “Learn about amazing coastal wildlife, help create a Giant Beach Art picture, mud dipping, clay beach art, dolphin activities, scavenger hunts, seashore searches and meet Blue Planet’s Charlie the Clownfish”.  In reality there were perhaps a dozen kids dipping in plastic trays. They can’t investigate rock pools, because there aren’t any here. A couple of Rangers were answering questions, but there was nothing to detain us. Nice views over to Wales, though. 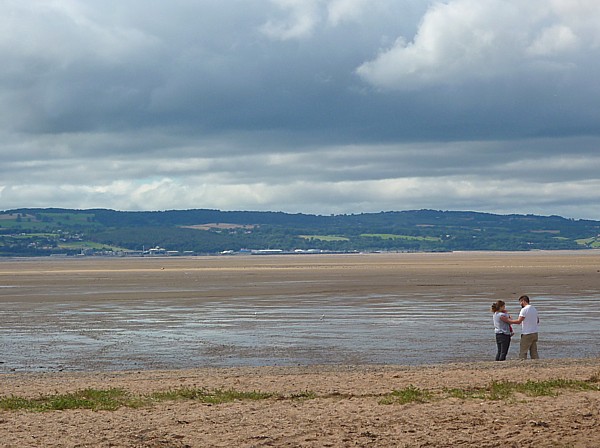 The tide was out so there were very few birds, just some distant gulls and a flock of several hundred Oystercatchers near the waterline. We walked north along the highest tide line, noting lots of whelk egg cases and cast gull feathers. There was Mayweed growing in the soft, unstable old dune faces, Sea Holly amongst the Marram grass and this very large Broad-leaved Dock, nearly six feet tall. 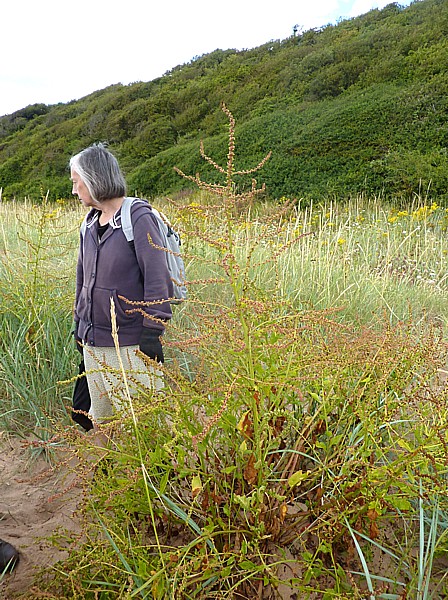 Near the Dee Sailing Club there was Wild Carrot and Yellow-wort, and finally some Ragwort with Cinnabar moth caterpillars on it. They were big and fat and occasionally they twitched their back ends back and forth, as if they were starting to spin their cocoons. A young family from Mold were also looking at them, and said there were lots of them on the Ragwort where they lived. 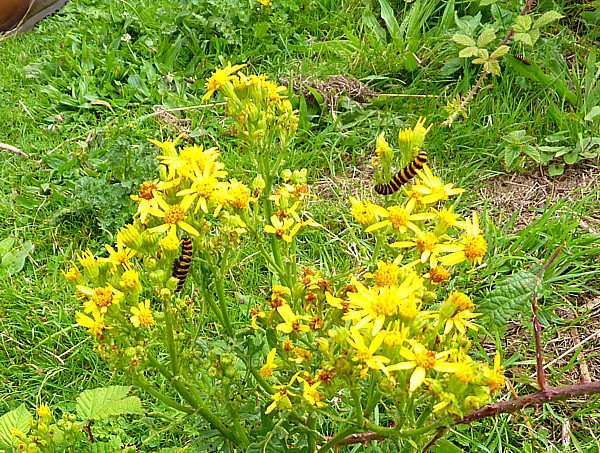 On the way back to the Wirral Way we thought we heard a young Whitethroat, but we couldn’t see it. We saw the Swallows, though. Autumn is approaching, and the fruits are ripening. Many of the blackberries are going red, there are a few ripe black ones, and masses are still green and developing. Going to be a good blackberrying year by the looks of it. The trees are coming into generous fruit, too. The Rowan berries are already red, Sloes are starting to go black, the Hawthorn berries are just on the turn, small apples are falling by the wayside and great bunches of Ash keys are forming. 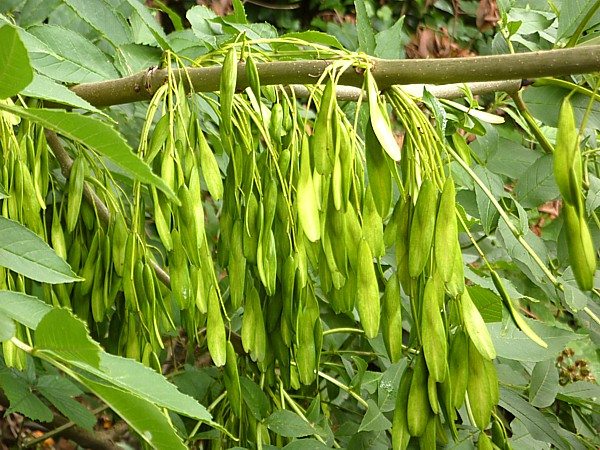