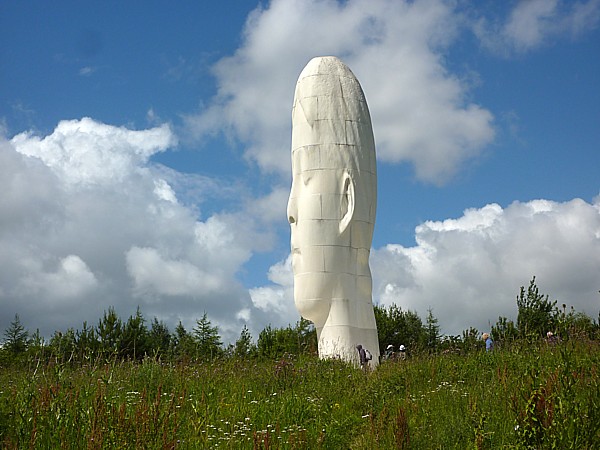 It’s five years since we’ve been to The Dream. On a blustery day, warm in the sunshine but chilly when the sun went behind clouds, we set out that way again. At Lea Green station we waited for a few minutes for a Steam Train excursion to come through, and we were amused to see a Grey Squirrel run up the ramp and disappear into the hedge.
We turned right out of the station, south along Chester Lane then turned into the Forestry Commission’s Brickfields Daisyfield reserve. To our delight we found that the Hazel trees bore many clusters of young nuts. Why don’t we see them anywhere else? 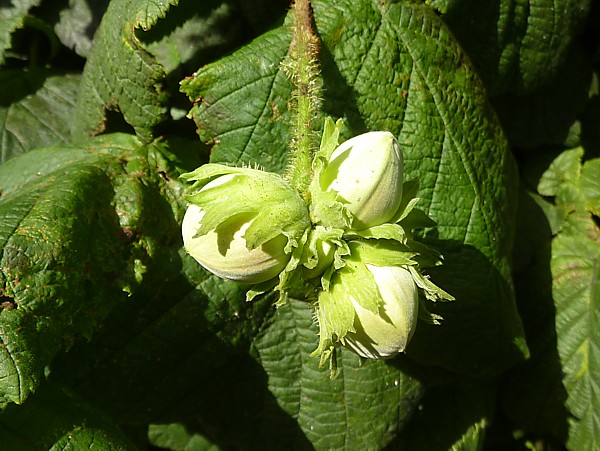 Other signs of approaching autumn included Rowan berries beginning to turn red, and green sloes on the Blackthorn. There were plenty of summer flowers out, though. Lots of Ragwort, although we noticed that there have been hardly any Cinnabar Moth caterpillars this year. Oxeye daisies, Spear Thistle, Creeping Thistle, Evening Primrose, Himalayan Balsam, Rosebay Willowherb, Common Centaury, Common Vetch, Ribbed Melilot, and Bird’s Foot Trefoil growing tall in the tangle. There were a few Marsh Orchids by a ditch, and lots of Greater Willowherb. 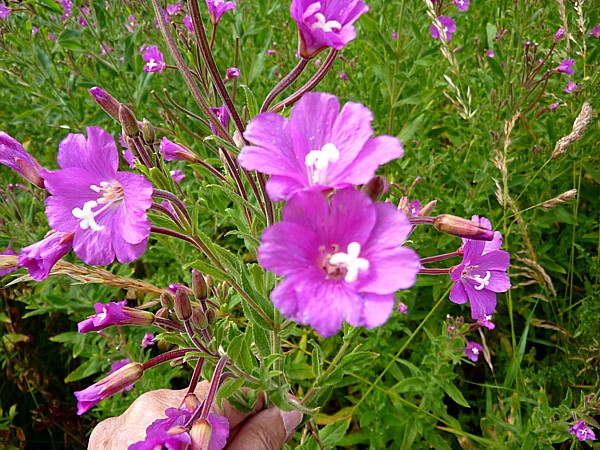 A young Cherry tree was exuding gleaming black droplets of sap. Had it been punctured by some boring insect? 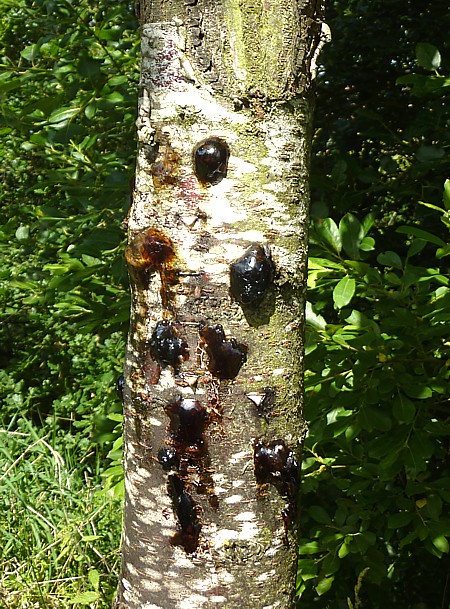 A Robin and a Goldfinch were singing, there were Rabbit droppings beside the path, a fast-moving Dragonfly which we couldn’t identify, and butterflies were everywhere. Large Whites, Meadow Browns, Gatekeepers, Small Skippers and Small Heaths. They were all very active, so they were hard to catch sitting still, but here’s a Gatekeeper. 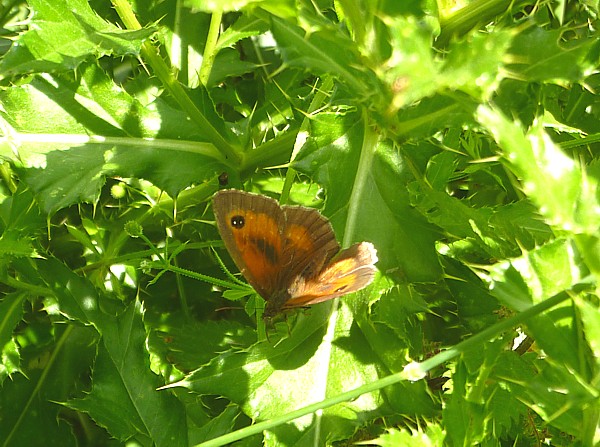 On a Creeping Thistle we found a very strange insect, about the size of a Ladybird, orange and black with white bristly ends. It wasn’t moving, and now I see that it must be a shed skin, probably of some kind of Bug, but I can’t find a match. Does anyone recognise it? 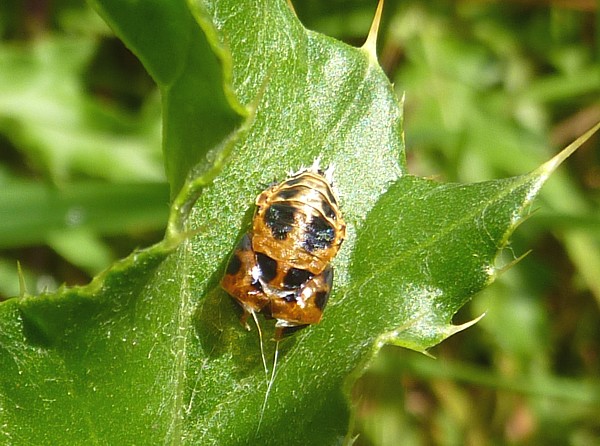 One young Alder tree had many brown and curled up leaves. Inside were black larvae which I think belonged to the Alder Leaf Beetle Agelastica alni. It’s on the increase in the North West of England. Later we saw an adult beetle with a swollen orange abdomen, which was a pregnant female. 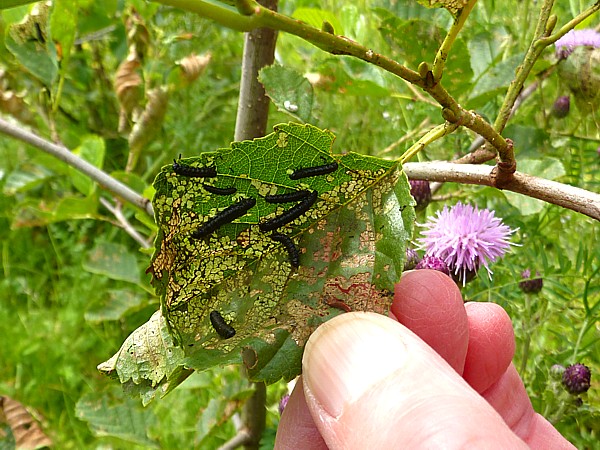 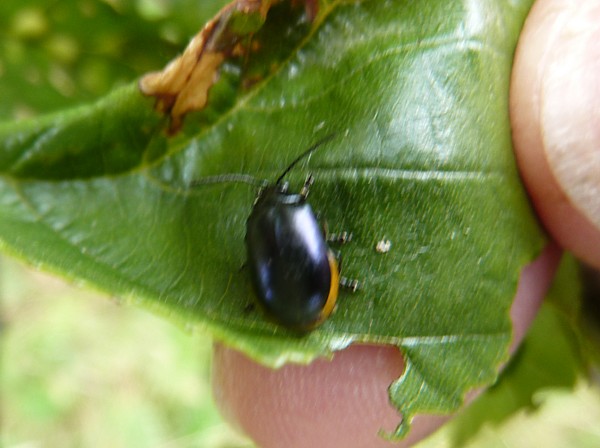 In places there were great swathes of Rosebay Willow Herb. 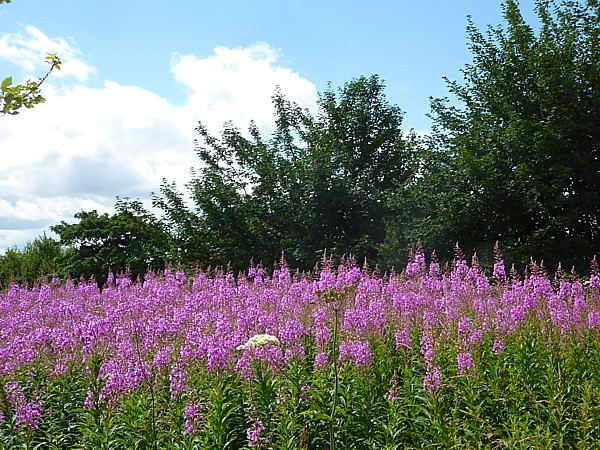 They have built a new housing estate since we were last here, but at the other end of Farndon Avenue we came to the path across the King George V playing field. There were Black-headed gulls on the grass, and Swallows and one House Martin in the air.  There is a row of young trees alongside the path that we couldn’t identify. They had big, almost cabbage-y leaves, bark like Rowan, but with rows of small holes, and young leaves sprouting out of the bole like they do on Limes. I can’t find anything like it in my tree book. (Added later: Young Lime trees have bark like Rowan, so this was probably something from the Lime Tree family, but still not identified.) 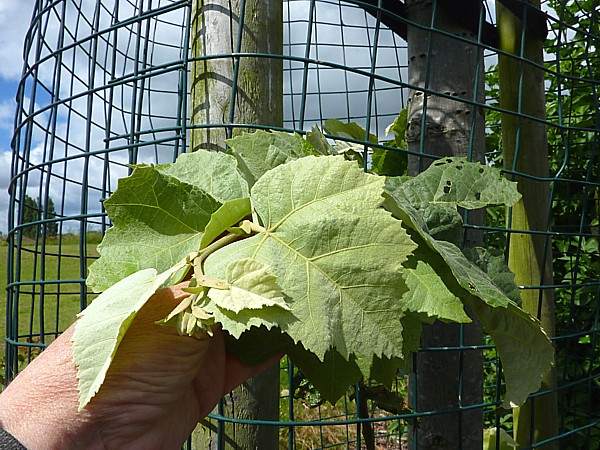 Just below the Dream there were Swifts, and when we got to the top, as well as admiring the sculpture itself, we took in the views. Looking southwards across the motorway, there was a panorama from Moel Fammau in the south west, past Runcorn Water Tower, Runcorn Bridge, Helsby Hill and Fiddler’s Ferry to the grey tower of the Daresbury Nuclear Physics Lab. Through a gap in the trees to the east there was the distant Peak District and a black church spire about 4 miles away, possibly in Warrington. 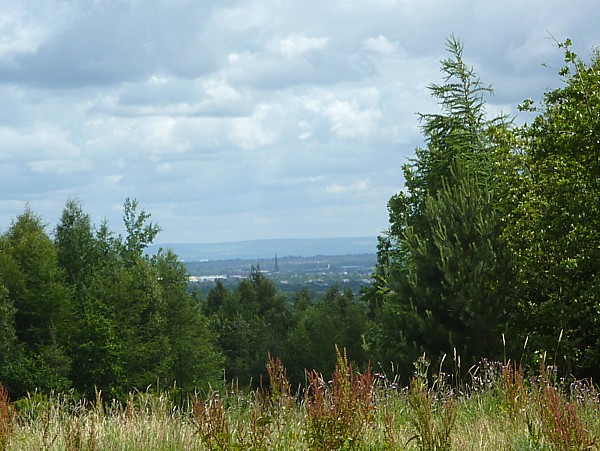 On the way down we spotted Creeping Cinquefoil at the edge of path and Lady’s Mantle. A young Alder tree, this one free of the Alder Leaf Beetle, showed last year’s open brown cones and this year’s closed green ones. 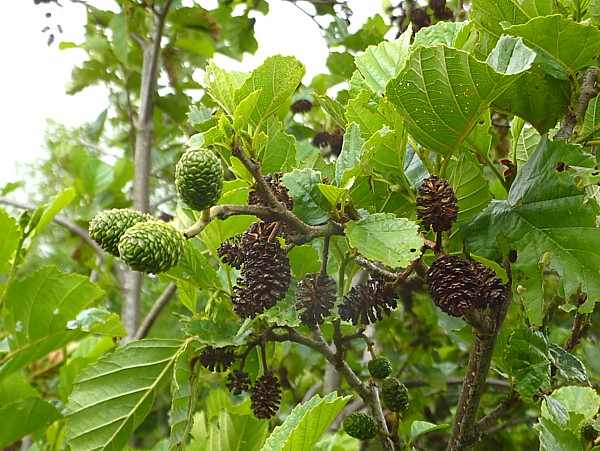