It had rained in the night and was still heavily overcast when we set out, but apart from a few scattered spots of rain later, it was a warm and humid day. Before we got to Kirkby John took us on a detour to Orrell Park Station to see the display of flowers. Over 100 yards of bank on the Ormskirk-bound platform has been planted with both wild and garden flowers, and it looks fantastic. 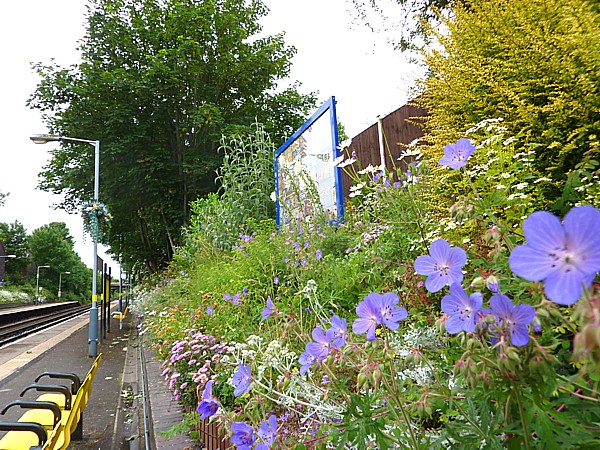 It’s the work of a group called the Orrell Park Regeneration Group, Station Volunteers, who have been working there since 2006. They were awarded a pair of third prizes in Network Rail’s “Best Station Garden” and “Best Station Adoption Group” competitions in 2011. The flowers we noted (amongst many others) were Feverfew, Campanula, Poppies, Oxeye daisies, Foxgloves, Marigolds, Fox-and-Cubs, Begonias, and the Greater Quaking-grass Briza maxima. 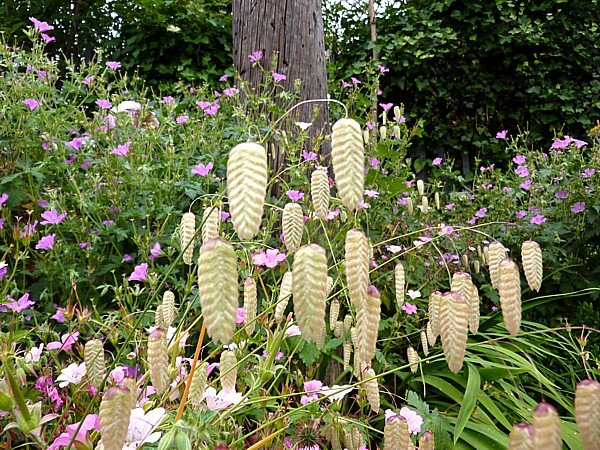 Then we hopped back onto the bus and continued to Kirkby, first visiting the small woodland called Lime Tree Park. The understory was Nettles, Brambles, Dog Rose and Buttercups and the trees included Ash, Hawthorn, Field Maple, Beech, Rowan and Horse Chestnut – but no Lime trees anywhere to be seen. We heard the squawks of Magpies and saw a Blackbird on the verge as we arrived, but heard nothing else. Near the motorway bridge, on the corner of Burton’s Way, we saw a dead Pigeon, looking from the scatter of feathers to be a Sparrowhawk kill, although not much had been eaten. At the time I didn’t notice the red ring on its leg, but now I think it must have been someone’s prized racing pigeon. 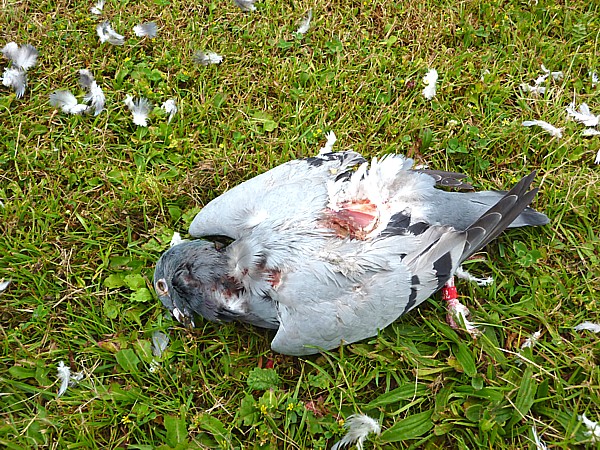 Last year we were a bit too late for the best of the wildflower planting along Valley Road, and this year they have left it to its natural succession so it isn’t as eye-catching. There was lots of Corncockle, Poppies, Oxeye Daisy, Ragged Robin, a large pink Mallow that must have been a Musk Mallow, Self-heal, Meadow Sweet and Cornflower. 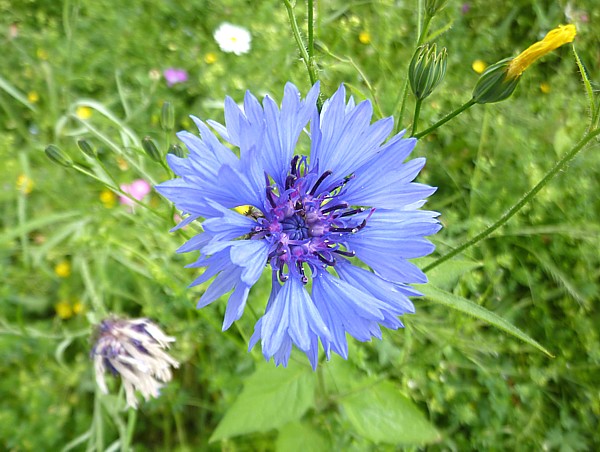 Amongst the flowers were some huge fresh Molehills. Top spots were a pair of Orchids amongst the Clover and a Bee Orchid in the Buttercups. 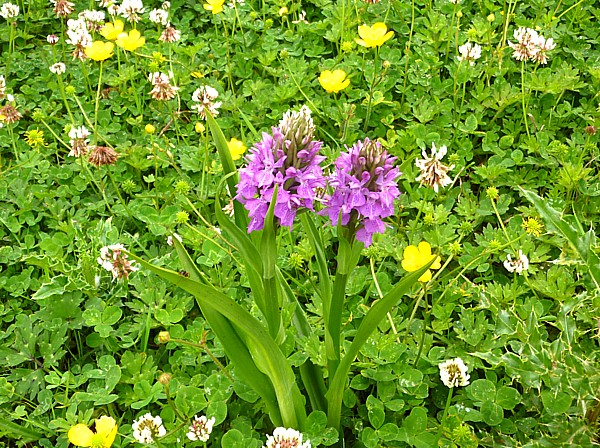 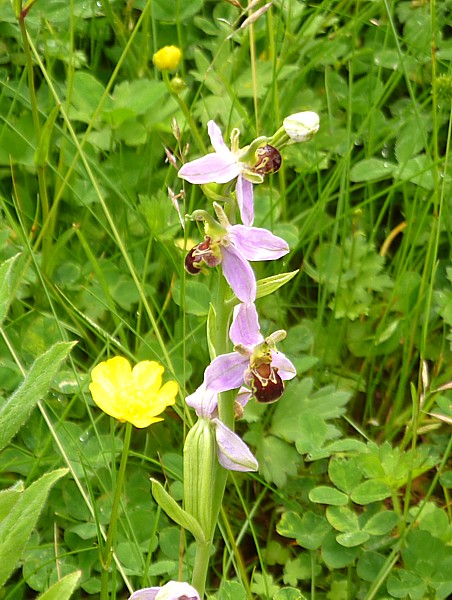 We lunched in St Chad’s gardens, spotting a Mistle Thrush, a Speckled Wood and a spotty young Blackbird on the lawn. We admired a very handsome young conifer with drooping tips to its branches. After struggling with the Larches in the tree book, I now realise it was a young Cedar of Lebanon, hard to identify because it hasn’t yet developed its characteristic shape with spreading horizontal branches. The pale green barrel-shaped upright cones, easily 4 inches tall (10cm) gives it away. (Added much later – drooping branch tips make it a Deodar, of course, not a Cedar of Lebanon.) 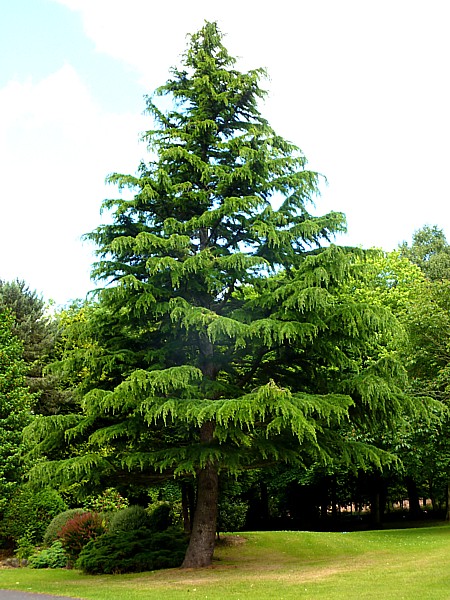 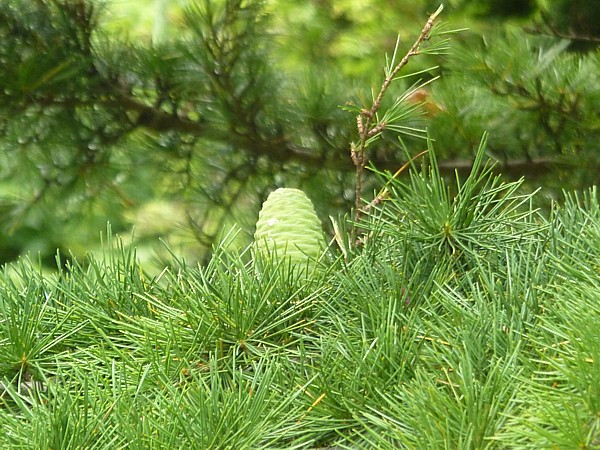 We had a quick look inside St Chad’s church, although there was a service going on. Their leaflet says their font is the oldest in Britain, perhaps Norman, possibly Saxon. 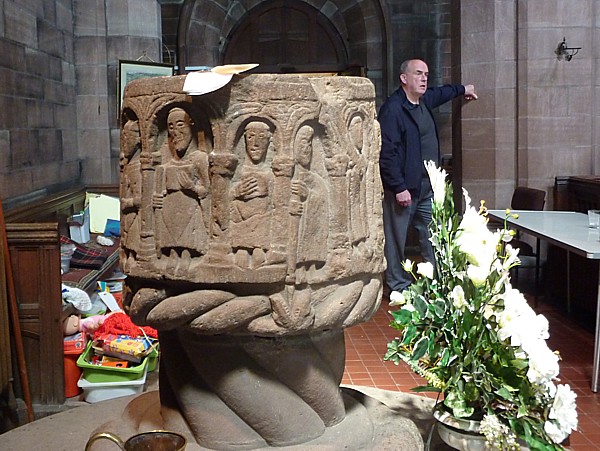 The oldest gravestones were submerged in a lovely froth of wildflowers. One fallen stone had several broken snail shells and we wondered if it was a Thrush’s anvil. Millbrook Park lies behind the church, and has a Viking theme. The gate evokes a longship and the “Viking Bridge” seems to be made from broadswords. 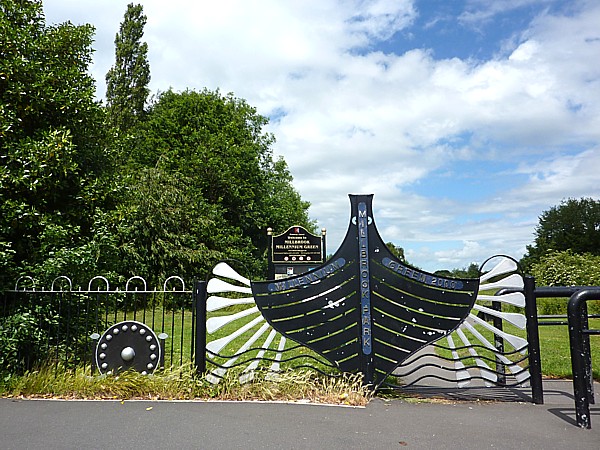 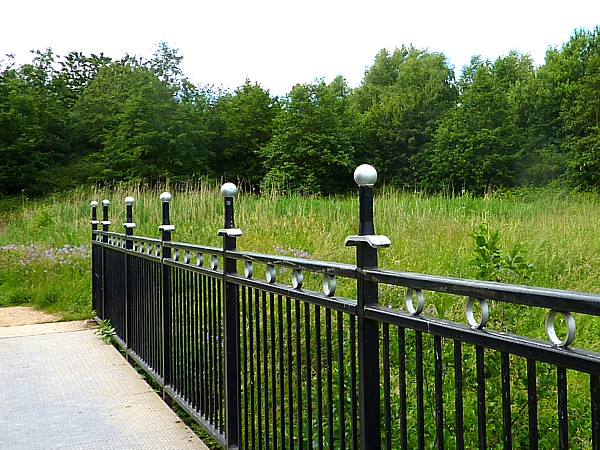 A Heron flew over the wetland area, which was surrounded by masses of Meadow Cranesbill. 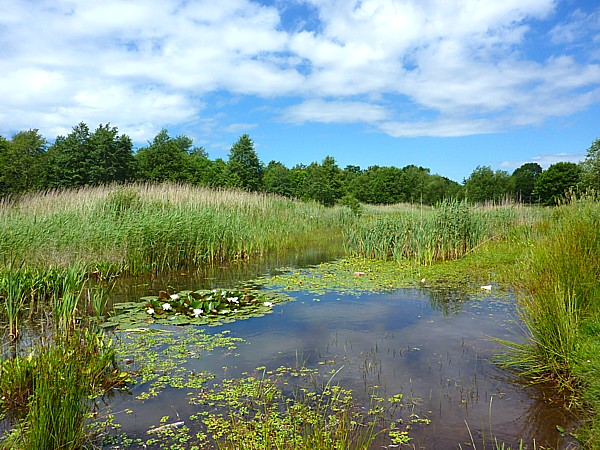 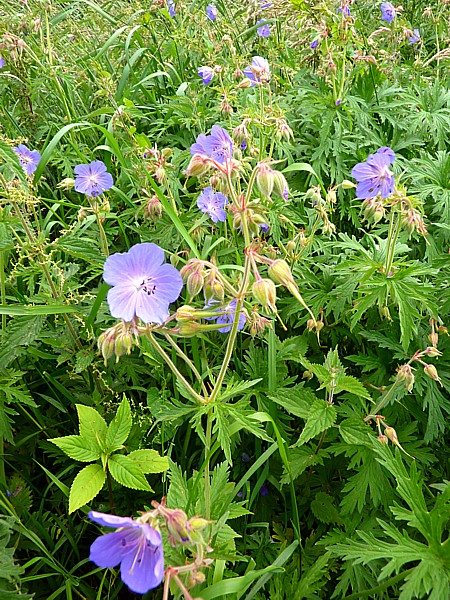 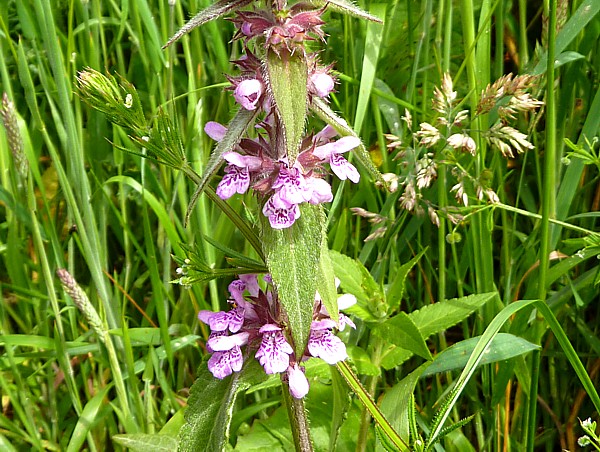 There has been a lot of fuss in the local press about some public sculpture put up in Kirby, so we went to see them  The metal tree stump caused much controversy in February – see this Echo article. It’s intended to honour the oldest tree in Huyton, which was dying when it was cast in iron, and the words on the base of the sculpture describe some of the historical events it had “seen” in its 400+ years of life. 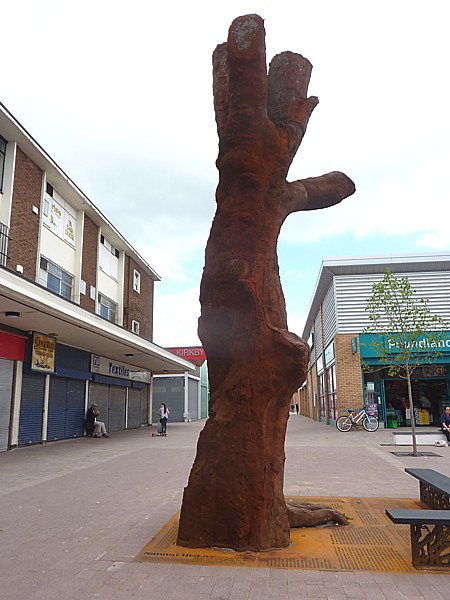 The other piece is called Edward’s Elephant, by GG Wood, B Fell and G Fell, and refers to a line by the nonsense poet Edward Lear (who has Knowsley connections) “The Enthusiastic Elephant who ferried himself across the water with the Kitchen Poker and a New pair of Ear-rings”. Notice that the boat is another Viking longship! 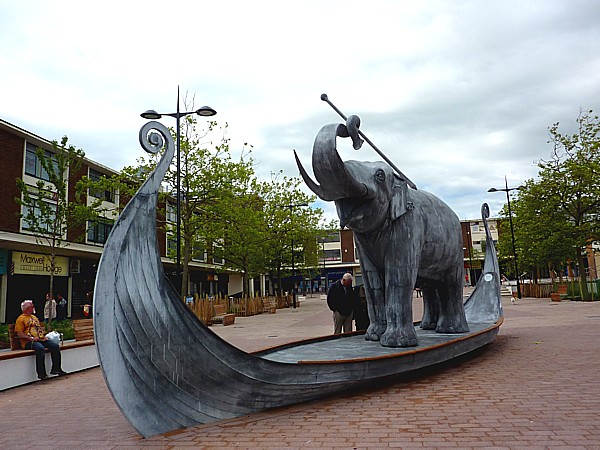