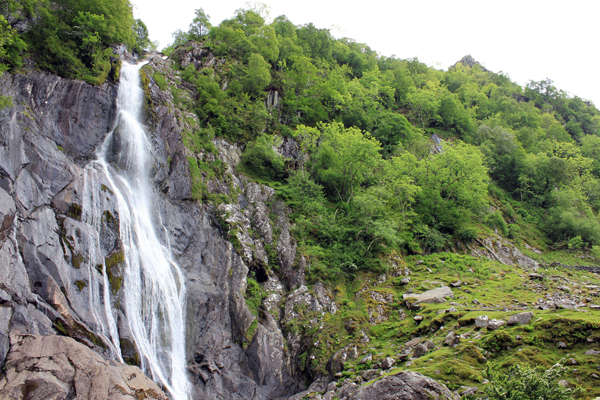 After dropping off the half a dozen members to explore the National Trust’s Bodnant Gardens the remainder continued the short distance to the village of Abergwyngregyn and a walk to Aber Falls . The Aber Valley is geologically rich with exposures of Ordovician and Cambrian rocks. The waterfall (Rhaeadr Fawr in Welsh) is formed as the Afon Goch plunges about 120 feet over a sill of igneous rock called Granophyre in the foothills of the Carneddau range. 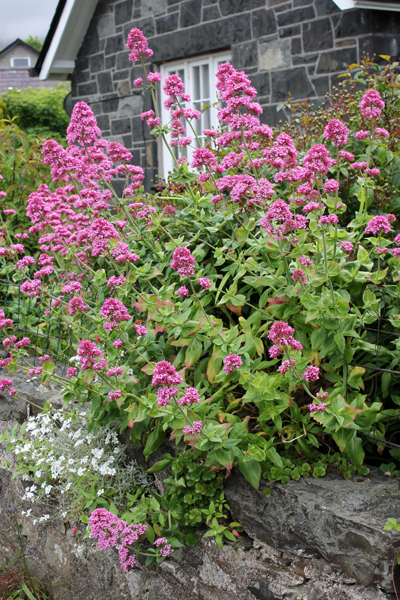 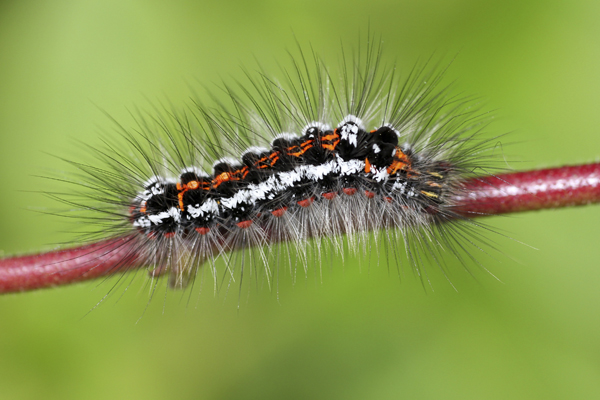 We stopped at Bont Newydd bridge, a magnificent stone bridge that crosses the Afon Rhaedr Fawr and watched as a pair of Grey Wagtails were feeding in the pebbles adjoining the River then flew up and entered a crack in the stones on the bridge where judging by their beakfuls of food they must have a growing brood of chicks. Les Hale spotted a Hummingbird Hawkmoth Macroglossum stellatarum visiting Honeysuckle Lonicera sp. in a garden beside the bridge. Map Lichen Rhizocarpon geographicum that favours mountainous areas of low air pollution was covering the bridge stone work and Shining Crane’s-bill Geranium lucidum and Herb-Robert Geranium robertianum were growing from any cracks.

A Wood Warbler gave a brief trill of song from close to the car park and Yellow Pimpernel Lysimachia nemorum and Ground-ivy Glechoma hederacea were noted. From here the track continued up the valley through Coedydd Aber National Nature Reserve consisting of oak and coniferous woodland and open grassland. Plenty of bird activity with Woodpigeon, Cuckoo, Common Redstart, Blackbird, Mistle Thrush, Garden Warbler, Blackcap, Common Chiffchaff, Willow Warbler, Goldcrest, Great Tit, Nuthatch, Eurasian Jay and Chaffinch. Dave B and co watched a Pied Flycatcher beside one of the excavated roundhouses of the small Bronze Age settlement. Ron Crossley and co had six Buzzards circling above the falls.

There were a few Knotting Galls on Male-fern Dryopteris filix-mas fronds caused by the Dipteron Gall Fly Chirosia betuleti and a number of members noted the Nettle Rust Puccinia urticata on Stinging Nettle Urtica dioica. 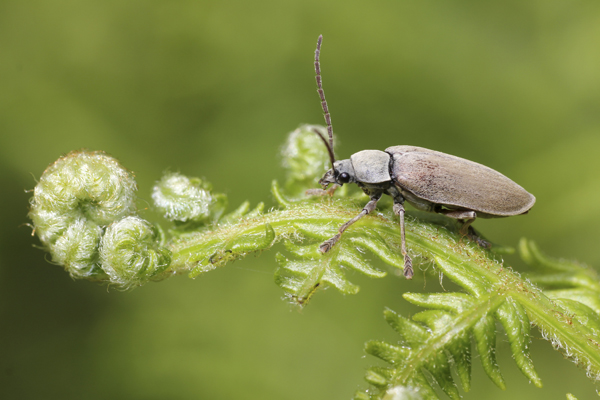 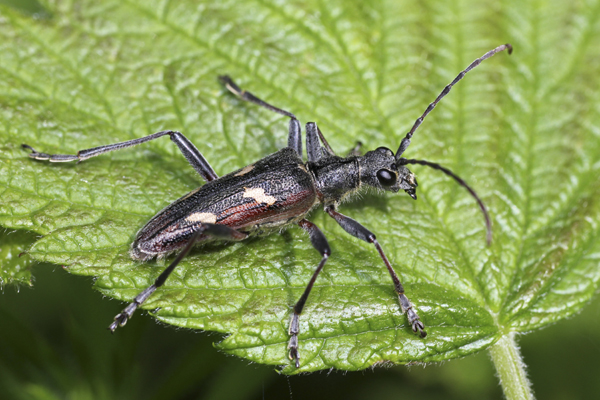 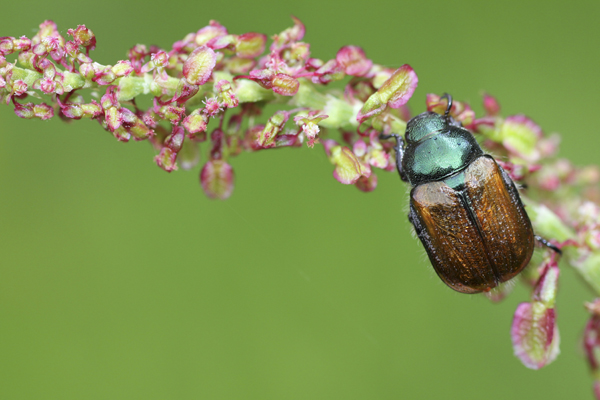 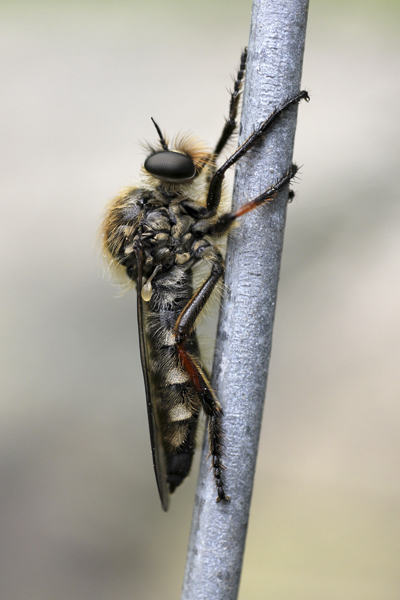