There was a very cold north wind today, making it feel much colder than the 6°C claimed on the display at North Park, Bootle. We decided to go for the relative shelter of Eastham Woods. 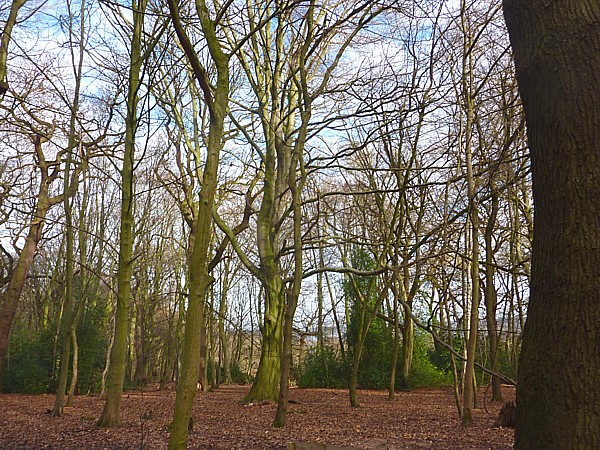 On the Lever sports field there were Common Gulls, Wood Pigeons, about ten Redwings and a Mistle Thrush. Crows were picking through leaf litter at the edge of the path and in the trees we spotted Blue Tits, Great Tits, Long-tailed Tits, Magpies and several Robins. There was a Blackbird on the lawns near the Visitors’ Centre and a Nuthatch, which came down low into the hedges. The only natural food we could see were some dried-up Ivy berries, which nothing had fancied. 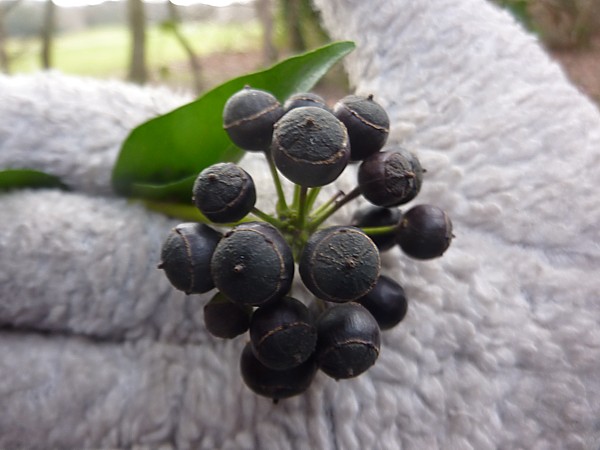 We stopped for a look at the branch which fell from the great Beech tree in 2003 and which has been left to decay naturally for the last 11 or 12 years. 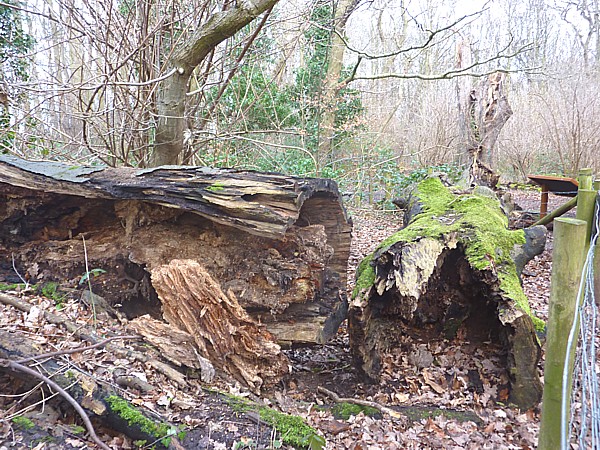 The end of one limb has been carved into a snake’s-head, which peeps invitingly over the fence. 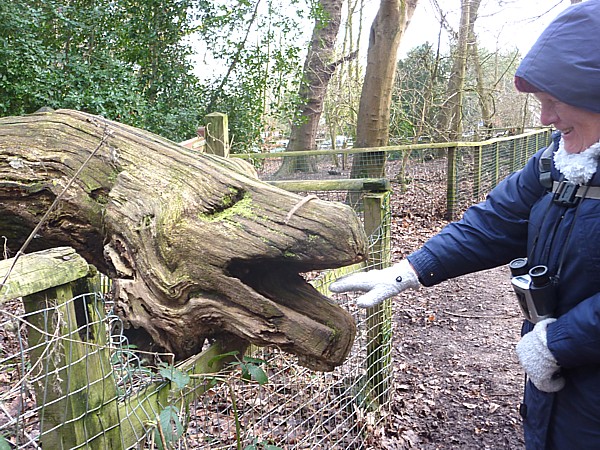 The feeders at the back of the Visitors’ Centre had the usual Blue Tits, Great Tits and Chaffinches, but also a Great Spotted Woodpecker taking a good long feed of nuts. We admired the displays of dried leaves, mostly of common tree species, but there is a Tulip Tree leaf in the middle. I wonder where the tree is? 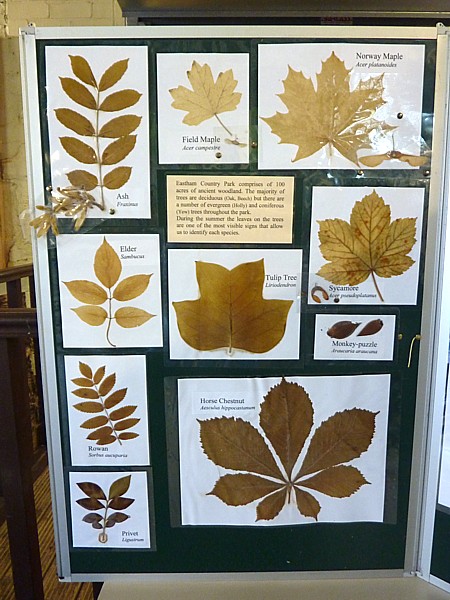 We also had a look at the display of bird and bat boxes. 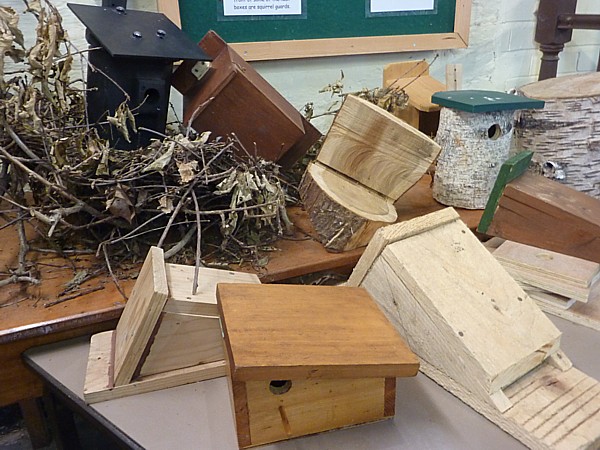 And then we turned for home, because it was too cold to be paying much attention to any flowers or fungi!