Tony Carter reports: I am frequently asked what mycologists do in the winter when fungi do not grow. But they do. Winter is when the bracket and crust fungi come into their own, many shedding their spores at this time of year. In damp chambers, crevices on the underside of fallen branches and old stumps, protected from the weather, numerous tiny Ascomycetes (spore shooters) can be found. They also colonise leaf and needle litter, dead twigs, canes and stems from many plants. Many are almost invisible to the naked eye, more easily located with a good eyeglass but their structure only becomes evident under a microscope.

They can be all sorts of shapes – cushions, cups, discs, spots, pimples. Some are common and easily recognised. In most cases the genus can be ascertained but exact identification is difficult as there are thousands of species, many not formally identified. Finding the relevant literature is a problem.

A couple of the larger species to look out for are Sarcoscypha austriaca (Scarlet Elf Cup), this one at Clarke Gardens and Aleuria aurantia (Orange Peel Fungus), seen growing on a stony driveway in Allerton Road, Liverpool. 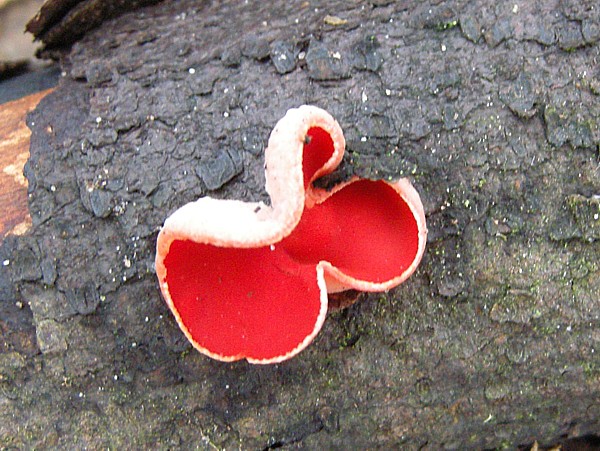 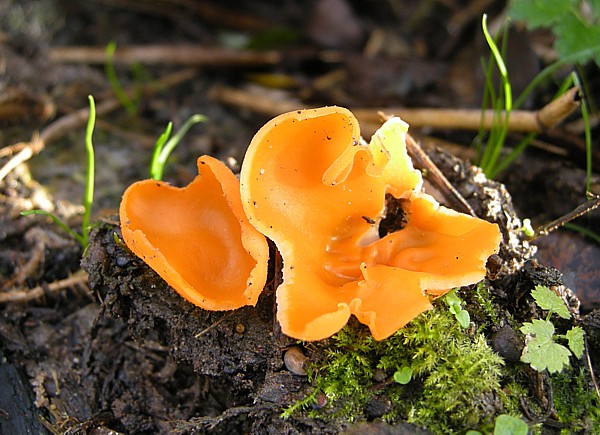 The following species have also been collected during January in the parks of south Liverpool. The pictures are taken through a microscope at x 40 which tells you how small these are. The question is why they are so colourful and pretty? As we cannot see them with the naked eye who will appreciate them?  Woodlice?
Polydesmia pruinosa, Allerton Towers
Orbilia delicatula, Hardy Reserve
Illosporiopsis christiansenii on lichen 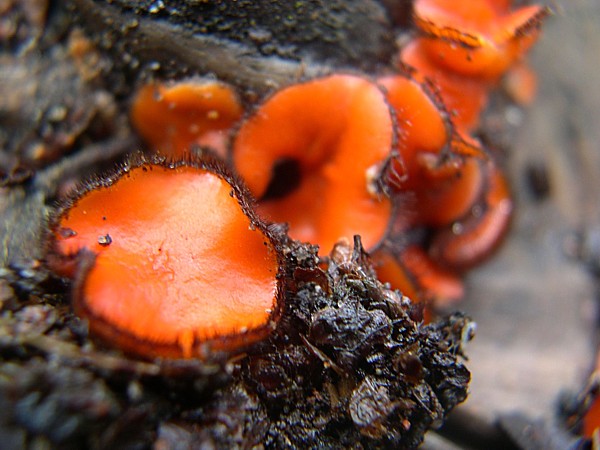 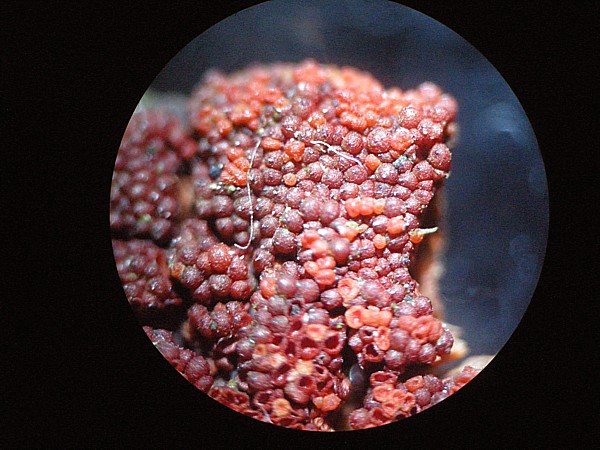 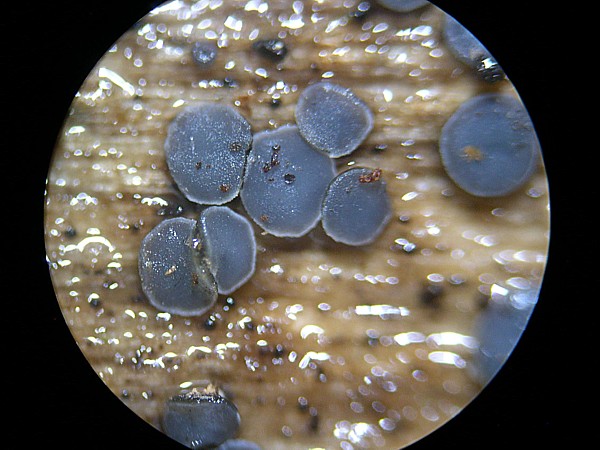 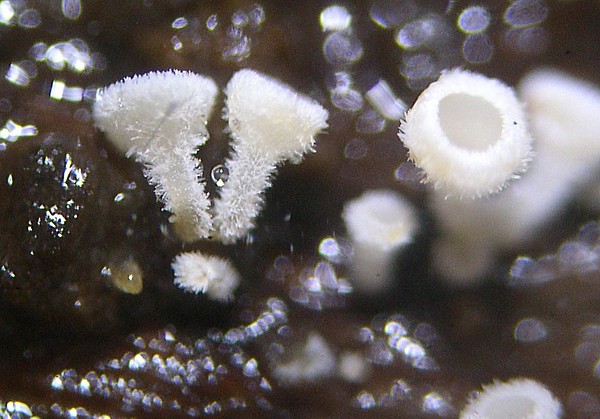 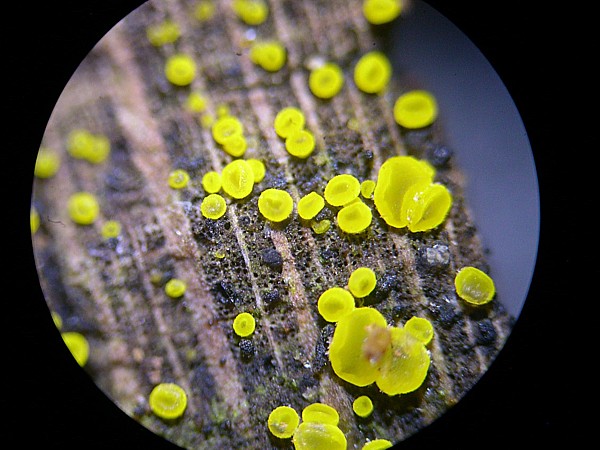