Posted on November 10, 2014 by Sabena Blackbird

Twenty five members joined the final MNA coach trip of the year to Leighton Moss RSPB Reserve. Our fungi foraging got under way at Charnock Richard motorway services with the dark grey form of Oyster Mushroom Pleurotus ostreatus var. columbinus and Smoky Bracket Bjerkandera adusta growing on a tree stump beside the coach.

As we approached Leighton Moss a few of us spotted the Great White Egret standing in the reedbed. After checking in at the reception, a group of us wandered along to the causeway. A few friendly Robins perched close to us in the bushes, a Nuthatch called and a Marsh Tit. We noted a few fungi species with Candlesnuff Fungus Xylaria hypoxylon, Yellow Brain Tremella mesenterica and Oysterling Crepidotus sp. The Ivy Hedera helix flowers were covered in Common Wasps Vespula vulgaris which were moving around quite lethargically probably due to the cold. 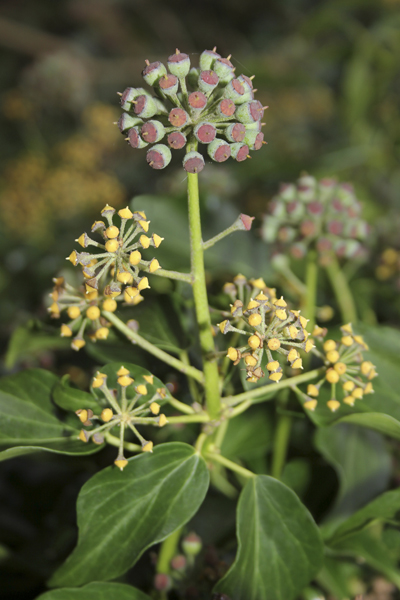 As we walked along the causeway we had a few treats with a couple of Marsh Harriers gliding out towards the back of the reeds, a couple of Cetti’s Warblers giving brief bursts of song, Water Rails squealing and one of the closest views many of us have ever had of a male Bearded Tit low down moving through the reeds beside the path. We sat in the Public Hide and added Mute Swan, Shoveler, Coot, Wigeon to the list. Out towards the back of the reeds a line of disturbance in the water had us reaching for bins and scopes. An Otter was swimming along underwater causing ripples occasionally raising its head and diving down its sleek tail following behind. We continued along the causeway noting the seed-head from an Orchid, various Lichens with Oakmoss Lichen Evernia prunastri, Usnea sp. and Flavoparmelia caperata. A few more Fungi species with Blushing Bracket Daedaleopsis confragosa and Leafy Brain Tremella foliacea. Another Cetti’s gave a more subdued song from the reeds and a Migrant Hawker Aeshna mixta patrolled the path. 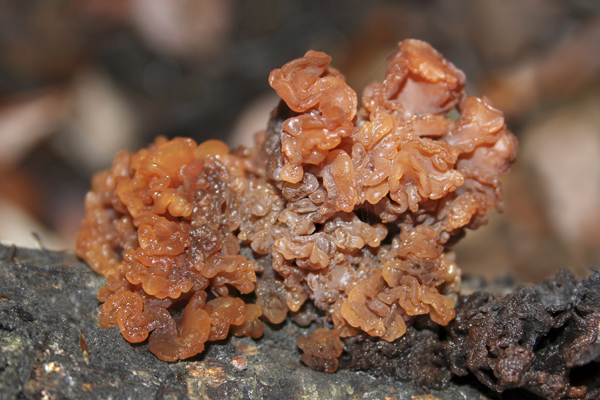 We stopped to watch a flock of Fieldfares settled amongst Hawthorns before continuing up the track towards the farm with grassy fields on either side looking for some Fly Agarics Amanita muscaria that Harry had mentioned to us. We couldn’t see them but the field held a number of male and female Pheasants and our ‘Corpse of the Day’ a female. We continued back and on through the woodland towards Lower Hide finding the Fly Agarics Amanita muscaria on the other side of a hedge in the field. More Pheasants were pecking around the undergrowth with a couple of bold males rushing up to us in hope of a hand-out. DaveB fed one with some leftover bread. We were outdone when a reserve visitor walked by us whistling and calling ‘come on’ and the Pheasants followed him along like the Pied Piper. 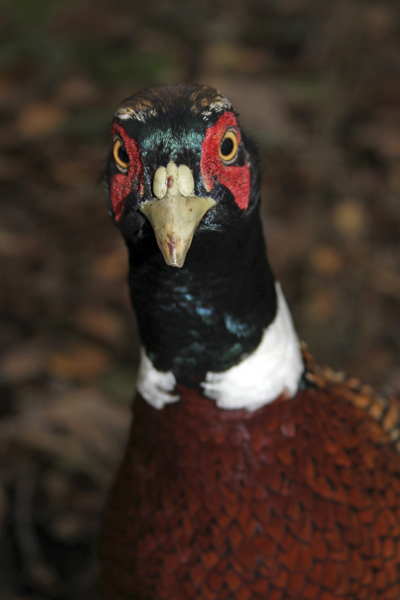 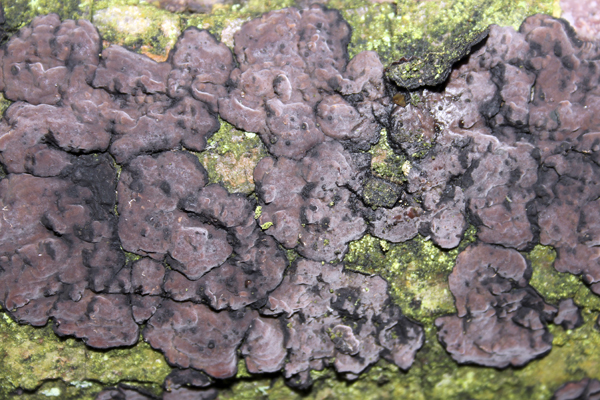 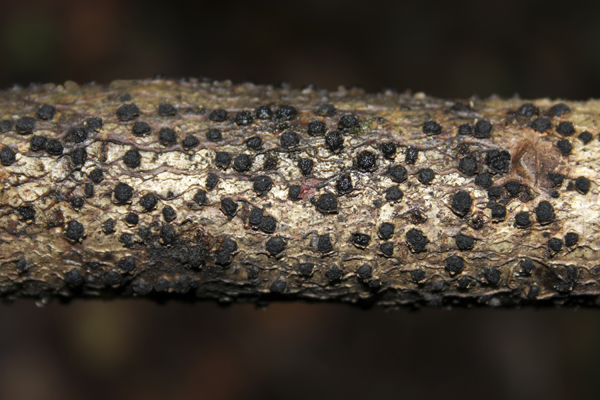 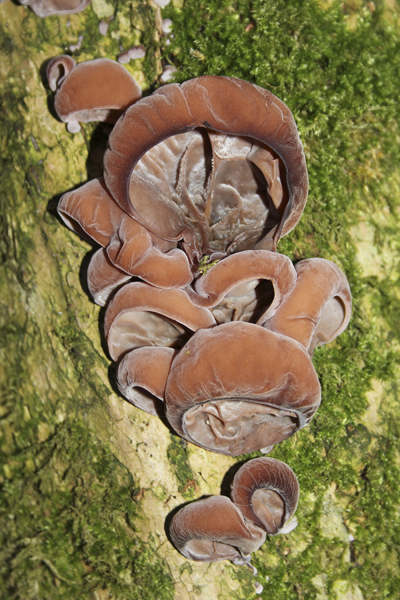 Milkcap Lactarius sp. with fresh speciemens exuding a thin peppery tasting milk and a few of the older decomposing specimens covered in what looked like a bright yellow slime mould. 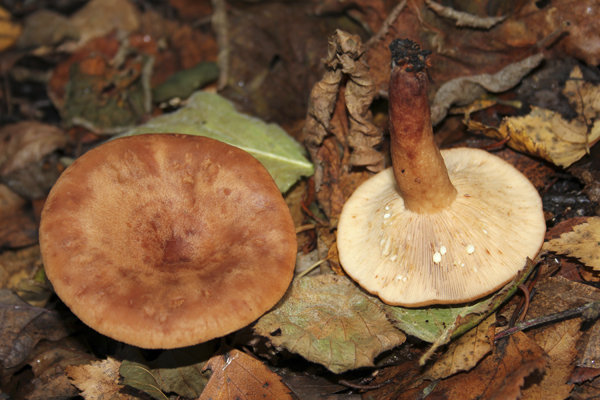 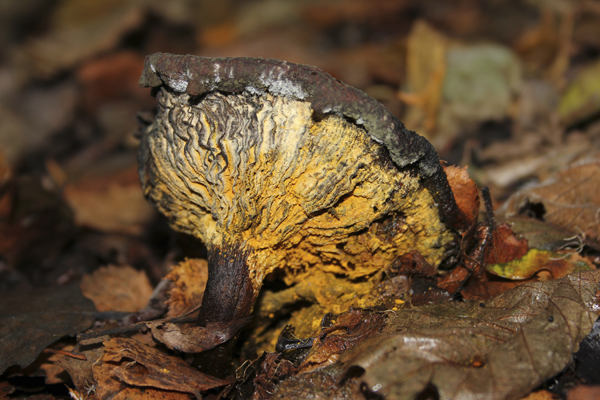 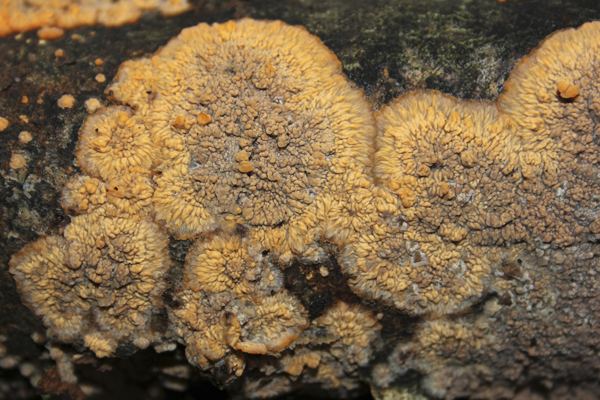 Down at Lower Hide we added Teal, a male Goosander, three female Goldeneye, Pochard, Gadwall, Tufted Duck, Cormorant, Little Grebe, Grey Heron, a couple a Snipe and a large flock of Jackdaws in a distant field. On the return walk we heard a Chiffchaff calling, noted a number of nest-like growths of Witches Broom on Silver Birch caused by the Fungus Taphrina betulina, another Fungi – Crystal Brain Exidia nucleata and Galls on Meadowsweet Filipendula ulmaria leaves caused by the Gall Midge Dasineura ulmaria. At the feeding area close to the reception a bold Grey Squirrel was hanging upside down on a nut feeder before falling off to be replaced by a Coal Tit. Close by a young Yew Taxus baccata was covered in seed cones  – bright red waxy berry-like structures called arils surrounding the single seed. A log placed on a stone wall was conspicuously stained green due to infection by Green Elfcup Chlorociboria aeruginascens. 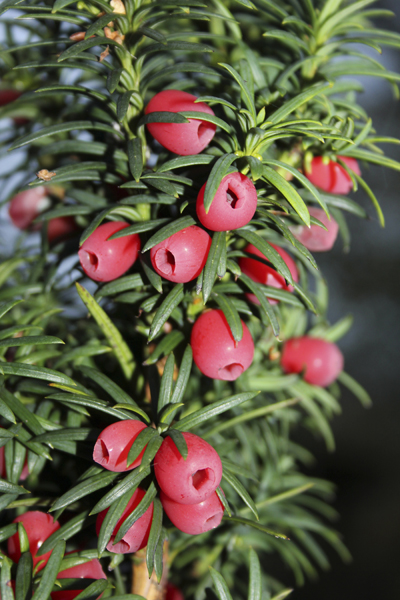 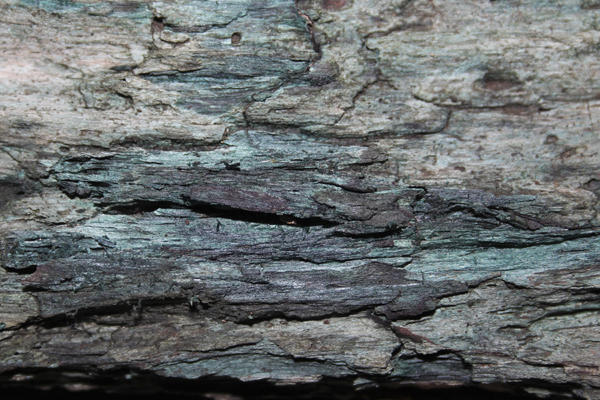 Catching up with other members sightings many had seen Red Deer and a Bittern along at Grizedale Hide, also Pintail and a Vole sp. were mentioned. Another great MNA trip to one of our favourite reserves.