This area is managed as part of the Mersey Forest and is located at Kew, south east of Southport town centre, near Southport General Hospital and close to Dobbies Garden Centre. It is open scrubland with some trees, and Fine Jane’s Brook runs through it. 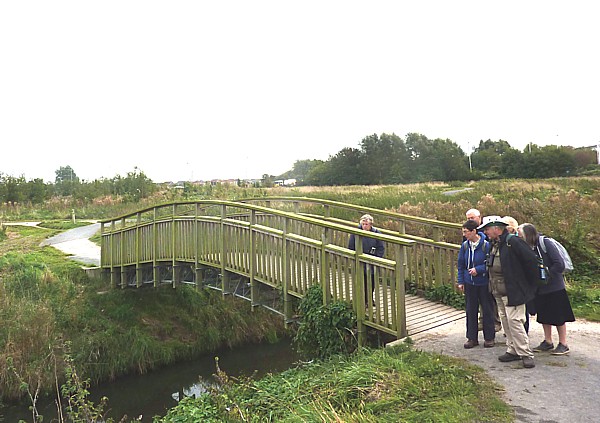 It was a cloudy, calm and mild day, unusually warm for late September. One public thermometer in Bootle said 20 degrees and the other said 18 degrees, and that was only mid-morning.

There were Carrion Crows on the open fields, with Herring Gulls and Black-headed Gulls overhead. A Moorhen hid under the bridge over the brook and House Sparrows and Blue Tits flitted along the gully. A Robin was singing, and there were Starlings in the trees. A Jay flew low over the scrub and we spotted a female Stonechat high on a Bramble patch.

There were two big patches of late-flowering crucifers. I think the yellow one with the three-seeded pods might have been Sea Radish, while the similar white one might have been Wild Radish, although they are said to hybridise readily, so could have been mixed. Evening Primrose and Himalayan Balsam were still in flower, and big patches of Michaelmas Daisies were splashed about. There were red berries in various shades, dark Hawthorn, brighter Rowan and the very jewel-like clusters of Guelder Rose. We noted a very heavy crop of Elderberries, their weight dragging them down. 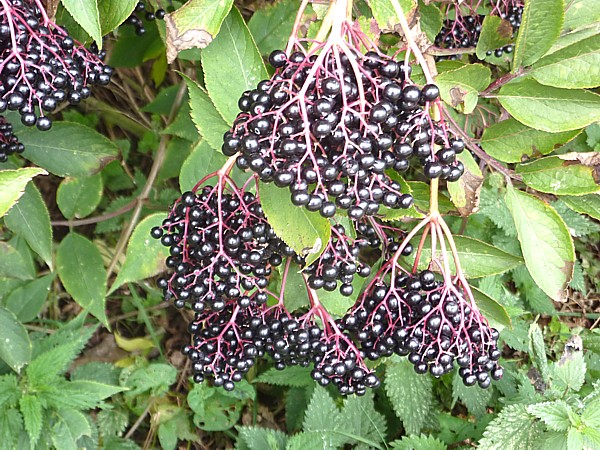 As we lunched at a cluster of picnic tables, a line of about 20 geese flew north west, then a V-formation of 50, then another 30 until there were more and more, perhaps 1000 altogether. We didn’t see them close-up but we could hear some honking, and they were probably Pink-footed Geese. There are reports that they have already arrived, and they were probably flying from the Lancashire plain towards Marshside.

We saw just one white butterfly in the distance, coming down onto some Michaelmas Daisies. It was probably a Large White by its size. In a horse field some fodder appeared to have been spilled, and it had attracted 17 Collared Doves, a Pheasant, several Magpies, some Gulls and a few Jackdaws. One small Oak tree bore both Spangle Galls and Silk Button galls, and one leaf had both. 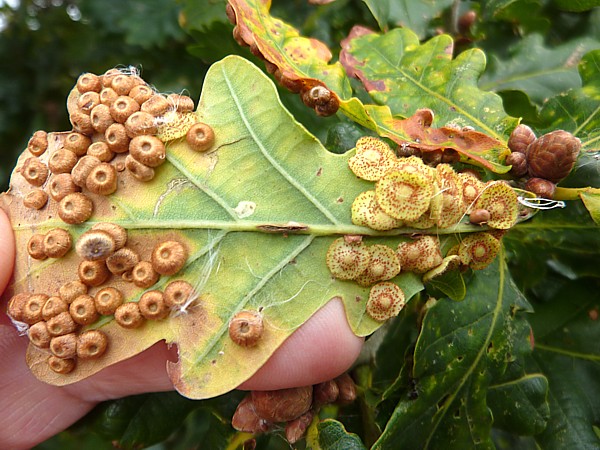 Outside Dobbies garden centre a group called S & R Birds were displaying their rescued birds of prey. A Buzzard, a Barn Owl, a female Kestrel, a Burrowing Owl and a European Eagle Owl. 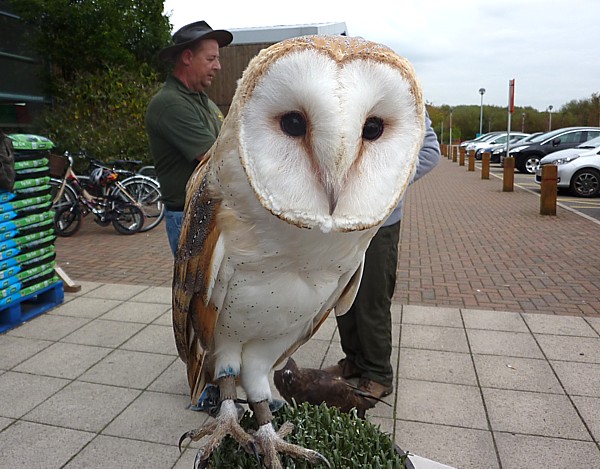 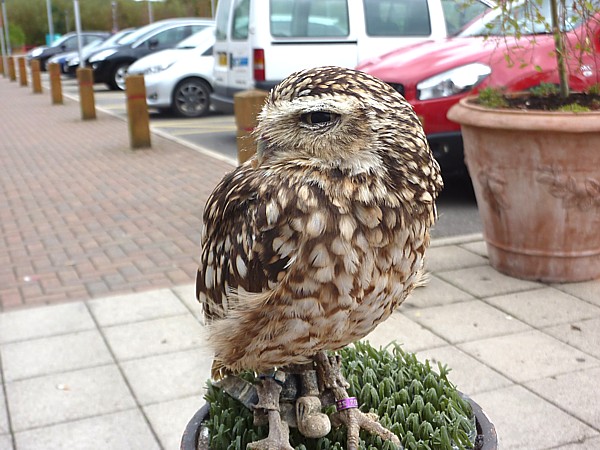 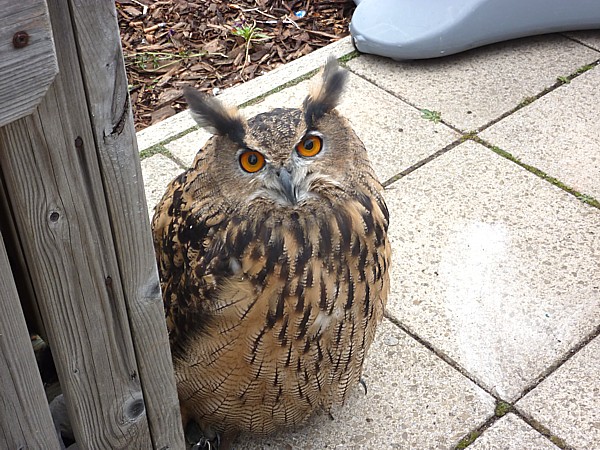 Then we went into Dobbies and browsed for bargains. They have some of their Christmas decorations out already, but I preferred this bright display of Cyclamens. 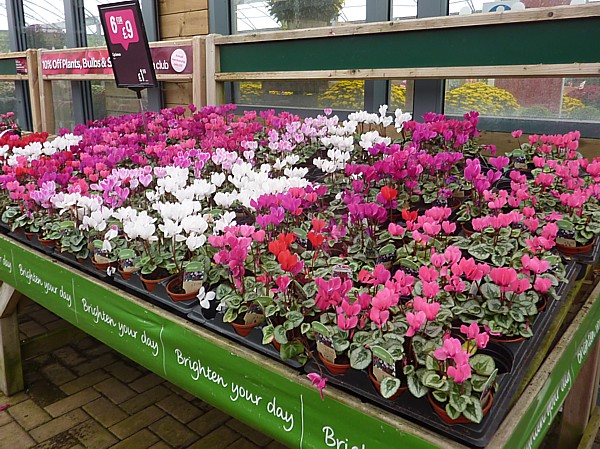