After our canal walk from Liverpool to Burscough Bridge in eight short sections last year, we plan something more ambitious. Over the next couple of years we will tackle the Trans Pennine Trail from Southport, perhaps as far as Widnes. 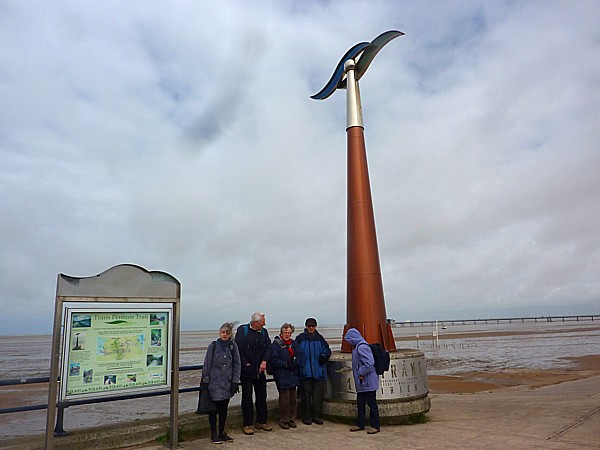 Our train arrived at Southport soon after 11 and we traced our way through Corporation Street, Wayfarer’s Arcade and Scarisbrick Avenue to the lower prom. There were Mallards, Mute Swans and Black-headed Gulls on the Marine Lake, and the new shelters were nearly finished, just waiting for the seats to be put in. On the platform of the Miniature Railway was a very pink shrub which puzzled us, but I think is a Tamarisk. 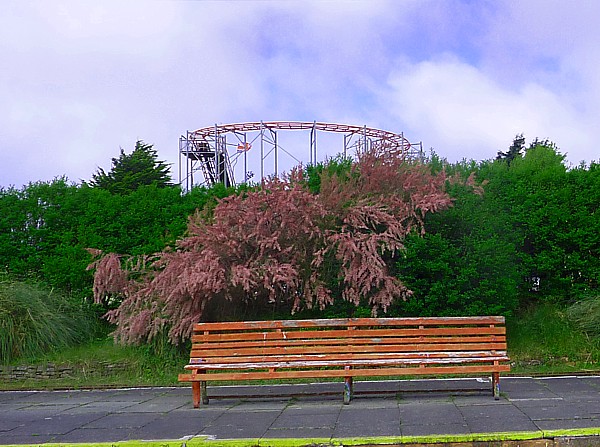 Past Pleasureland, Splash World and the volunteer Lifeboat Station until we arrived at the south end of the prom and the start of the Trail. It runs for 215 miles from Southport to Hornsea, but it’s also part of European route E8 which goes from Cork in Ireland, via the Dublin-Liverpool ferry and the Hull-Rotterdam ferry, ending at Istanbul, 2,920 miles altogether. There’s a thought for the start of a walk!

It was a very blowy day, so we huddled below the level of the prom to eat our lunches, then set off southwards. On a good day there are views of Lytham and Blackpool but we were heading into the wind so we kept our heads down. On the concrete of the path were several large woodlice, about 15 mm long, much bigger and shinier than the ones we see in our gardens. It’s a Common Shiny Woodlouse Oniscus asellus. Was it blown off the beach by the wind? The white patches are stores of calcium, apparently. (And thanks to Eric for providing his fingernail for scale!) 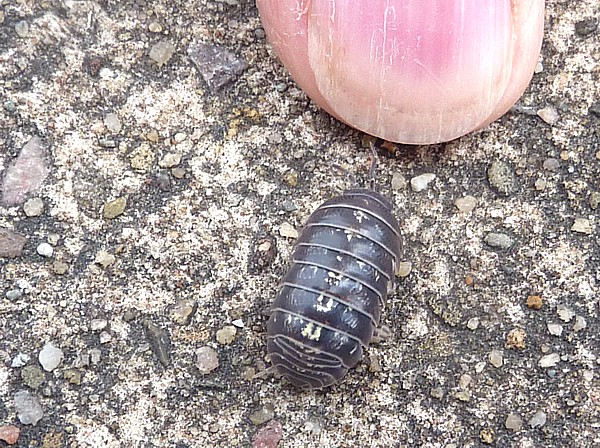 On the edge of the marsh we saw a pair of Shelduck, and a Skylark was singing, barely audible over the gusts. Then we began to see very many small centipedes or millipedes (up to 3 cm long) along the walkway, perhaps as many as one every couple of metres. Had they been blown in off the grass and marsh too? I later identified them as the Striped Millipede Ommatoiulus sabulosus which is common on coastal dunes and sandy areas, and has two distinctive ginger stripes along its back. 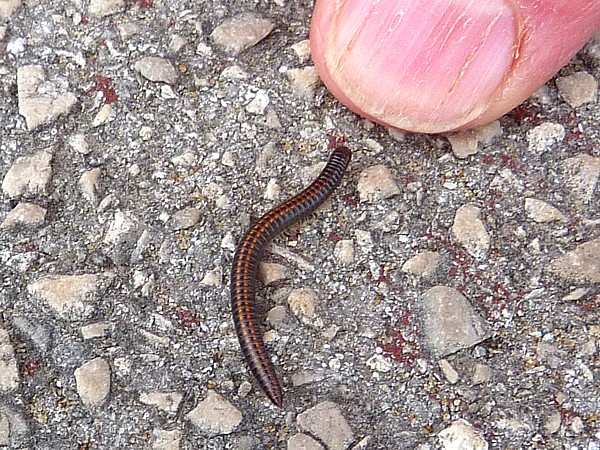 Clumps of Sea Beet and Sea Holly were growing, and patches of wild rose, probably the Japanese Rose Rosa rugosa that conservationists are becoming concerned about. 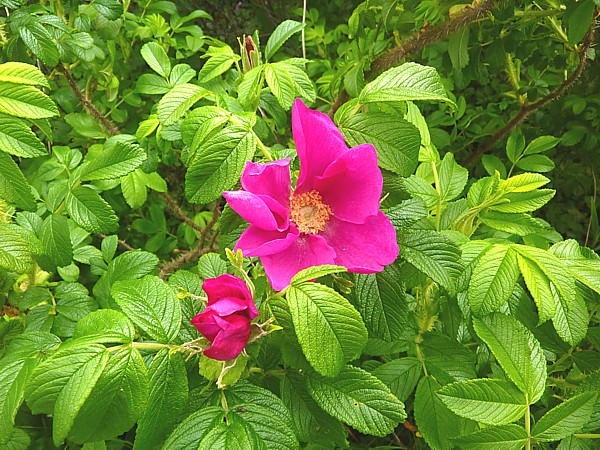 The Weld Road roundabout has a piece of sculpture representing a shrimping cart and horse. 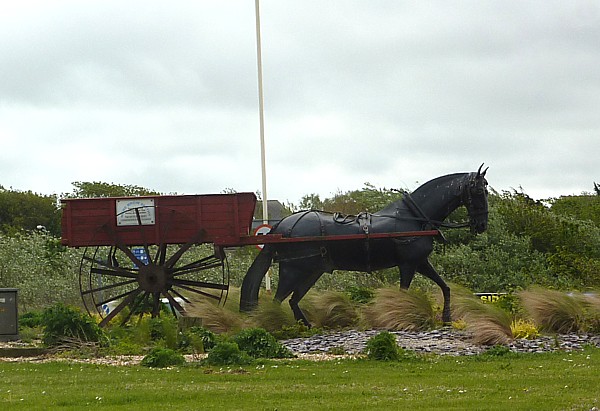 Along the busy coast road we spotted a dead female blackbird, probably hit by a car. If she had eggs or chicks, it’s bad news for them. 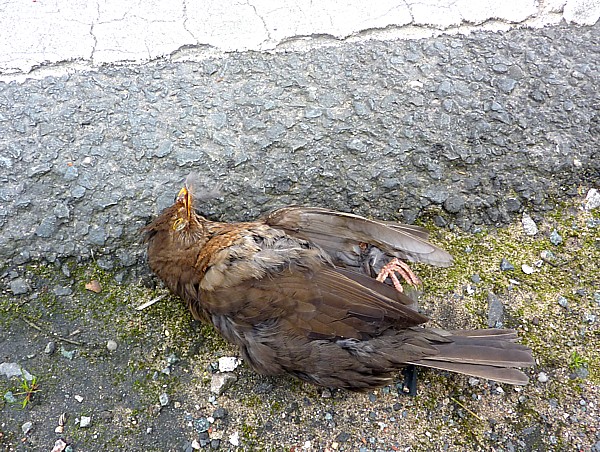 We left the coast road by the sign for the start of the Ainsdale and Birkdale Sandhills LNR, which we’ll come back to next time. Via Selworthy Road with its million-pound detached houses, the footpath ahead from Granville to Lancaster, then the footpath which skirts Royal Birkdale, we came out near Hillside Station, with it’s great old LMS sign. One and a half miles of the TPT today. 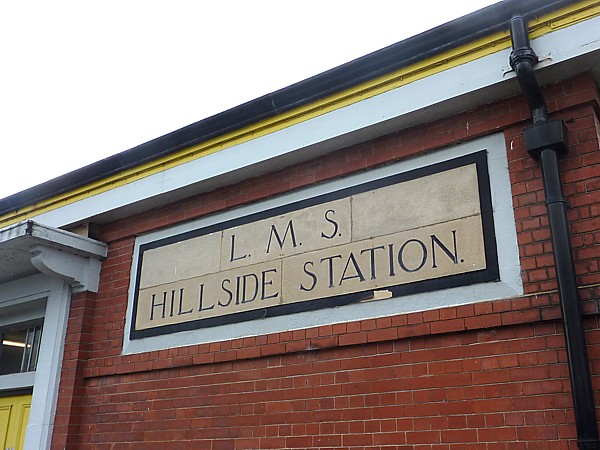