Just after a very heavy rain shower three MNA members met at Sir Thomas Street, and if the other two hadn’t turned up, I was planning to go home! Three more got on the bus, and at Our Lady’s RC Church Lydiate we met four or five RSBP members for our joint walk, including their Group Leader Chris Tynan. We paid a swift visit to the Hay Loft tea shop before setting out. They have a duck pond with Mallards and domestic geese, Peacocks and Guinea Fowl. A Buzzard was being mobbed overhead and there were Swifts over the farm shop.

The sheep in the field along Hall Lane always have interesting extra rations and today they were climbing over a huge mound of cabbages! 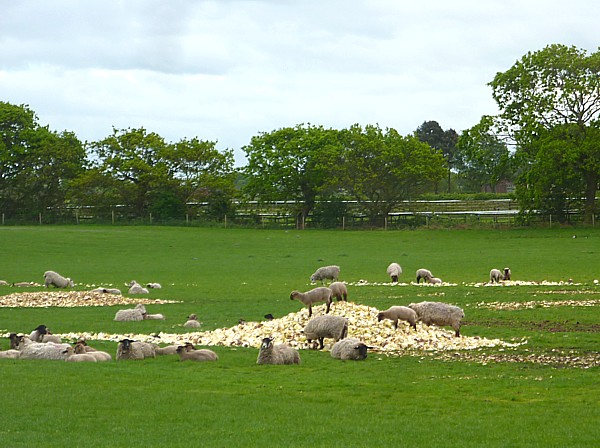 In the fields we saw Jackdaws, Magpies, Rooks, two Brown Hares under fence, Lapwings, Lesser Black-backed Gulls, several Pheasants, and Swallows flying over fields of young Barley. The hedges were just starting to burst out with Hawthorn blossom, the sweet-smelling Mayflowers. 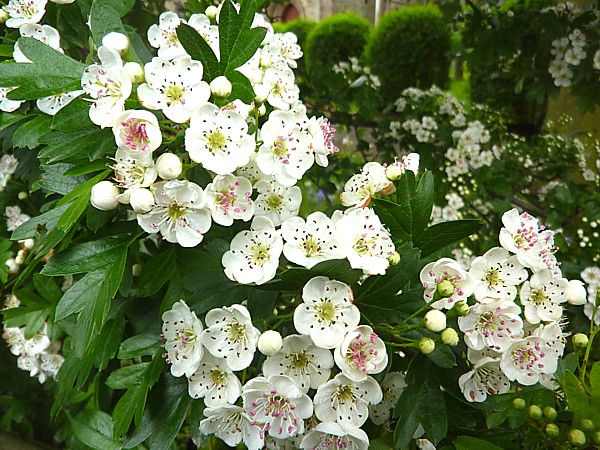 There was supposed to be more rain, but although it was very blustery and overcast, we stayed dry all day. Just past the horse racing practice course we spotted a Crane Fly on the grass. I think it’s Tipula vernalis because of the distinctive wing pattern and the dark stripe along the abdomen. It’s the right time of year for it, too. 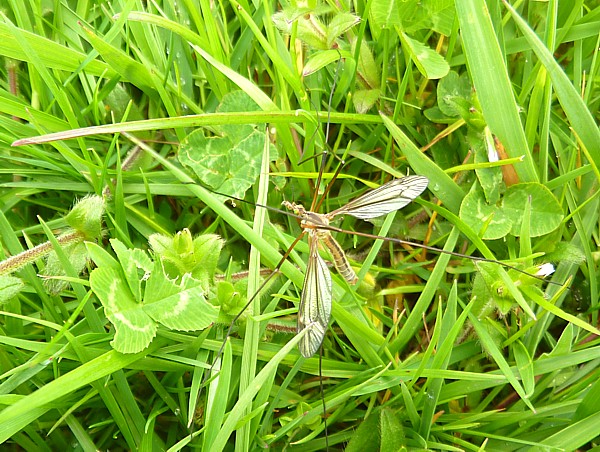 Towards Lydiate Hill Bridge the path was powdered with fallen May petals. A Skylark was singing, a Pied Wagtail was poking about on molehills, and the sun came out! We added Great Tit, Crow and some Goldfinches twittering in a tree. On the canal we saw a Moorhen, two Yellowhammers, a Robin and a Dunnock. Near the canal cottages, formerly the Anchor Arms, we noted Great Spotted Woodpecker, Black-headed Gull, House Martin, Greenfinch, Song Thrush, Mistle Thrush. There were great drifts of Pink Campion on the verges, and Red Valerian on the waterside. 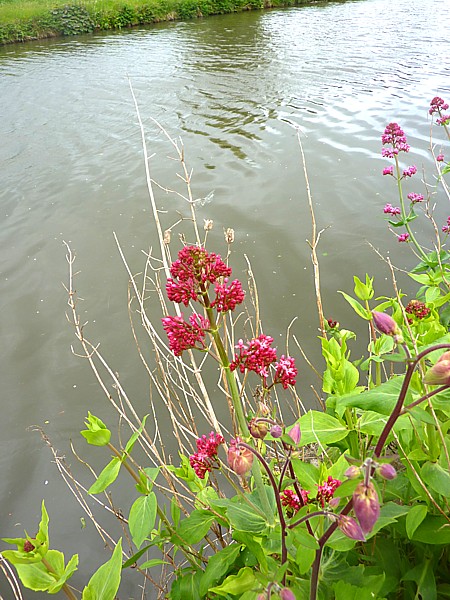 We lunched at Jackson’s Bridge, listening to a Blackbird and a Chaffinch singing. There was a Heron on the towpath and two Linnets in the deep ditch of Sudell’s Brook which marks the border of Sefton and West Lancs. There were St Mark’s Flies there, too. One field was blasted brown with weed killer. I’d have thought it would be a place to avoid, but the birds loved it being so open. An Oystercatcher appeared to be nesting, and possibly some Lapwings, too. Closer examination turned up two Wheatears and a Whinchat, which we got a scope on. At Rimmer’s Bridge a mother Mallard had seven ducklings. 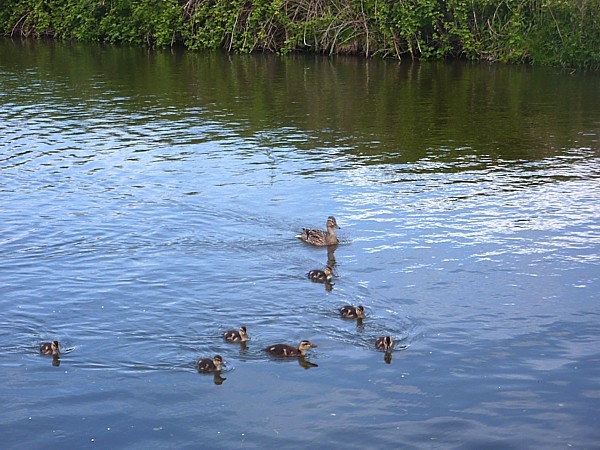 I left the group there, because I had someone to meet off a train, but the rest of the group set out eastwards for another hour or two’s walk. Star of Bethlehem was coming out in Our Lady’s churchyard. 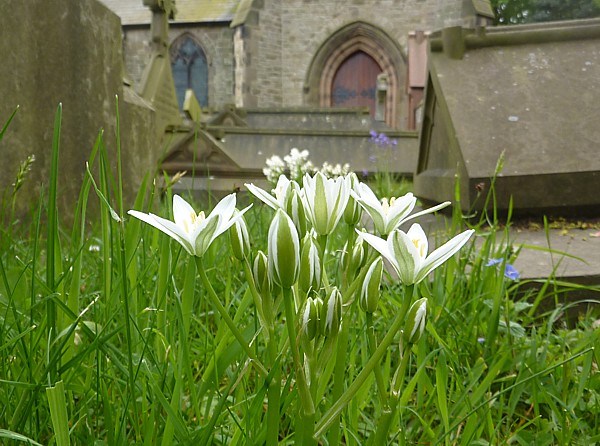 Public transport details: 300 bus from Sir Thomas Street at 9.51, arriving Our Lady’s RC Church, Lydiate at about 10.45. Returns every 30 mins on Saturdays, or hourly on Sundays. Note that the timetable will change on 15th June, so check.