Richard Surman, DaveB and I headed out to Cilcain near Mold in Flinshire, North Wales for the day. We turned off the A494 onto a single track lane beside the entrance to Loggerheads CP and continued a few miles into the village noting a Jay and a couple of Grey Wagtails en route. Warbler birdsong greeted us with a Garden Warbler, Blackcap, Willow Warbler and Chiffchaff along with three vocal Ravens and chacking Jackdaws. After only a few yards I spotted a hairy black caterpillar with orange underside – a Garden Tiger Arctia caja. 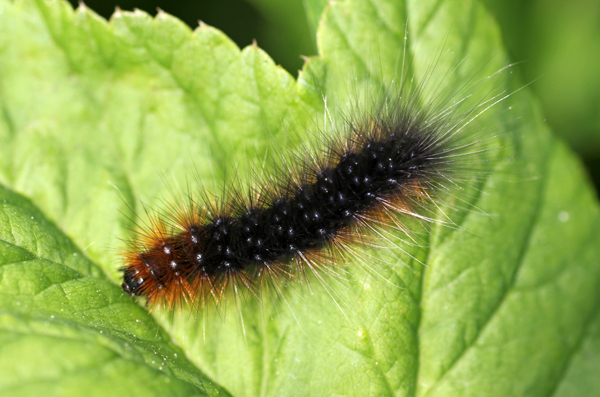 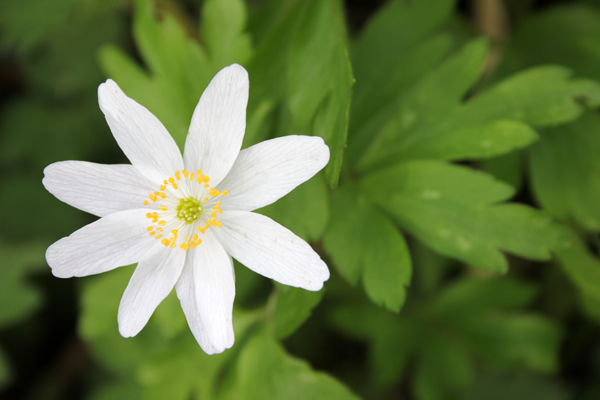 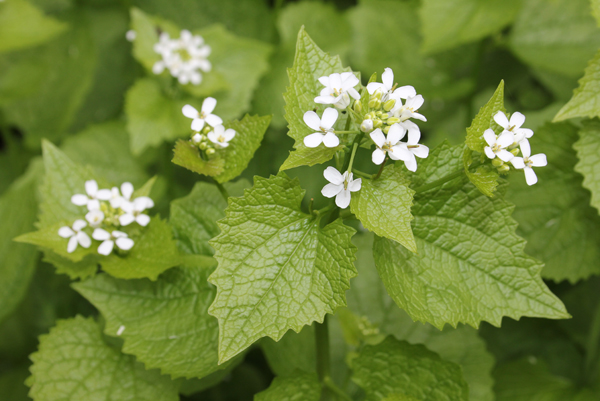 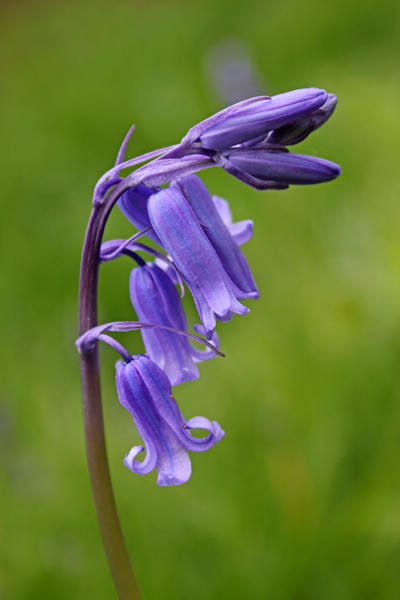 Long-tailed, Blue & Great Tit, Robin, Blackbird, Song Thrush, Chaffinch and Bullfinch were soon added to the list. As we were peering over the edge of a gate to the woodland below – an area where Redstarts have been noted in the past a lady invited us in – the track led down the slope to a small community garden where they grow veg. A hyperactive Spaniel was rushing to and fro as some of the volunteers wheel-barrowed compost from the heap. I found a few fungi with Jelly Ear Auricularia auricula-judae, Blushing Bracket Daedaleopsis confragosa and a lone King Alfred’s Cakes Daldinia concentrica. It had turned cloudy – a Green-veined White Pieris napi rested and fed on a Cuckooflower Cardamine pratensis with Common Dog-violet Viola riviniana – including a pinkish tinged form close by. 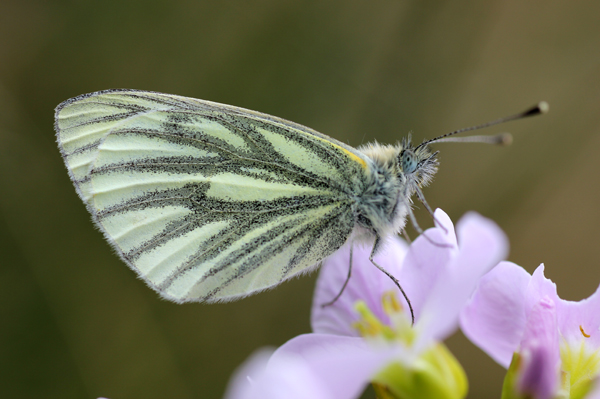 We briefly watched a Spotted Flycatcher and a Willow Warbler posing as a Spotted Fly had us hallucinating for a while. A Redstart was teasing us with bursts of song from amongst the woodland, remaining unseen. We returned to the lane and continued past the first of the small fishing lakes. 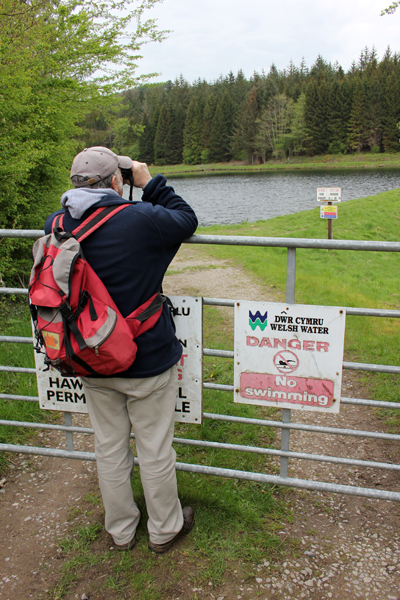 Comments from Richard and DaveB that this is where they usually see Great Spotted Woodpecker and Nuthatch proved correct with them appearing on cue – the latter checking out a potentially suitable nest-hole. A Yellowhammer sung it’s ‘little bit of bread and no cheese’ song from the flowering European Gorse Ulex europaeus. Woodpigeon and Goldfinch were noted before we began slowly climbing past further fishing lakes up onto the moor.  Plenty of flowering Bilberry Vaccinium myrtillus looking slightly more ragged with brown-edged leaves compared to the fresh green growth we’d seen at White Coppice last weekend. Amazing to see yet more Wood-sorrel growing along the track in this exposed environment along with a few flowers of Tormentil Potentilla erecta and Common Eyebright Euphrasia officinalis. Opposite-leaved Golden-saxifrage Chrysosplenium oppositifolium was noted growing along the edge of a stream and in a large puddle was Round-leaved Crowfoot Ranunculus omiophyllus.

A Swallow whizzed overhead. A Cuckoo was persistently calling – the valley’s shape amplifying the volume, yet more Ravens were circling and calling their name and Pheasants were trying to outdo each other with their calls. A Tree Pipit was seen performing a more lack lustre parachute display flight down to a bush than the Meadow Pipits who sailed much higher and sang heartily as they descended to the moor. A few Whitethroats were singing their scratchy notes from a scattering of bushes on the moor – it was pondered why these males thought they would attract a mate in this exposed landscape than in more lush settings further down the valley? A few Willow Warblers also seemed to like this area as did a distant Whinchat and a scattering of Linnets. 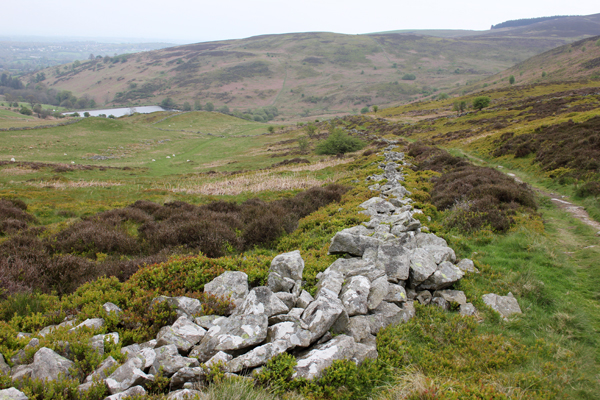 We found a soft patch of ground to stop for lunch whilst listening to the Cuckoo. The stone walls and gate posts were covered in a huge variety of lichens with Map Lichen Rhizocarpon geographicum and R. reductum and R. oederi. Verrucaria nigrescens and countless others. One particularly noticeable variety, which is locally common on base-poor rocks in upland areas, was Ophioparma ventosa. It had abundant blood-red apothecia on a thick, warted, yellow-grey crusty thallus (f. ventosa) another form has a pale grey grey crusty thallus (f. subfestiva, lacking usnic acid). There was also Fuscidea kochiana which has an almost white thallus, cracked areolate; apothecia black, irregularly angular, set in the thallus and often occurs with Rhizocarpon geographicum. 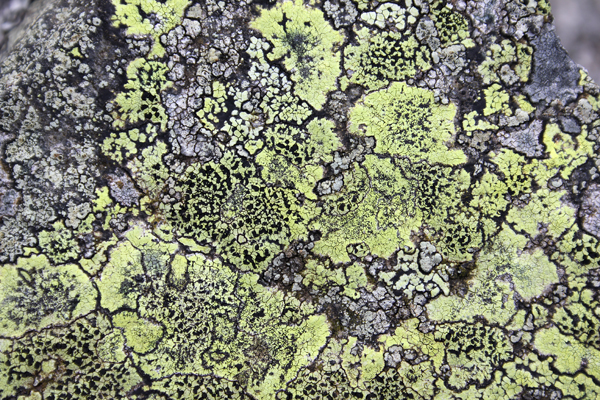 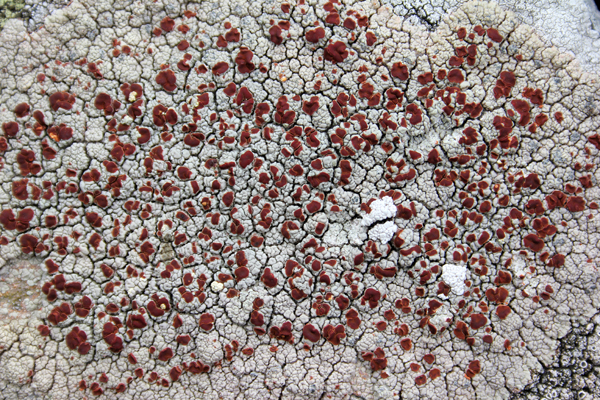 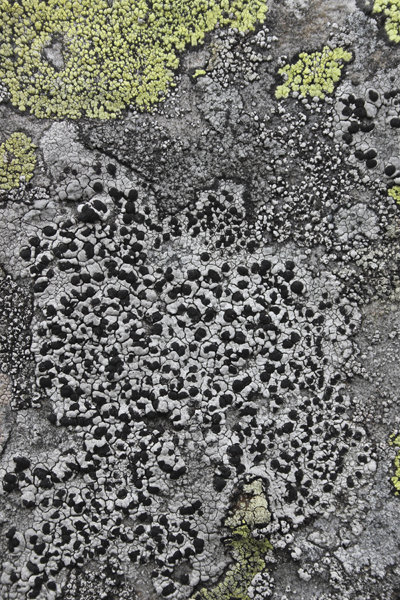 An Oak Eggar Lasiocampa quercus caterpillar camouflaged well with the lichen. A lone Mountain Bumblebee Bombus monticola with distinctive orange bottom flew by and a handful of Buff-tailed Bumblebees Bombus terrestris were noted. 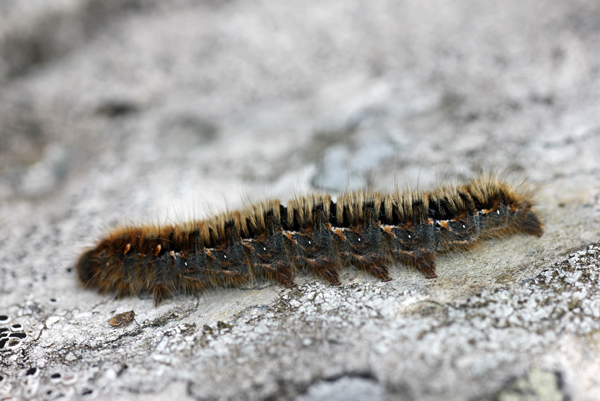 We continued round the other side of the valley watching a male and female Wheatear amongst the sheep and noting a singing Whinchat on the top of a mature Sycamore Tree. The Cuckoo was louder and closer now. Scanning the trees surrounding a bowl in the valley was rewarded when Richard spotted the slaty-blue male belting out its call from the tree edge with seemingly very little effort. 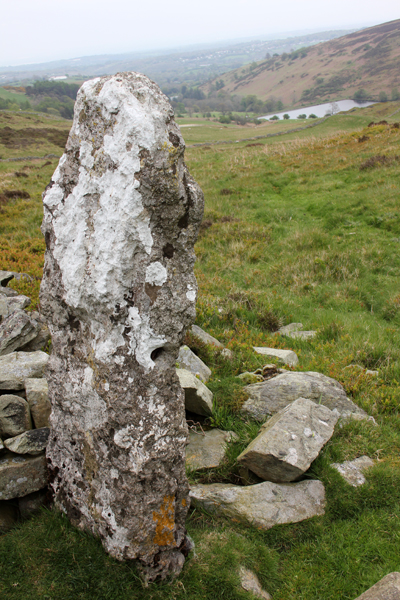 A Buzzard circled and a Curlew called out signalling our departure from the moor, returning to more wooded conditions and rosettes of the Lichen Parmelia saxatilis predominating on the stone walls. 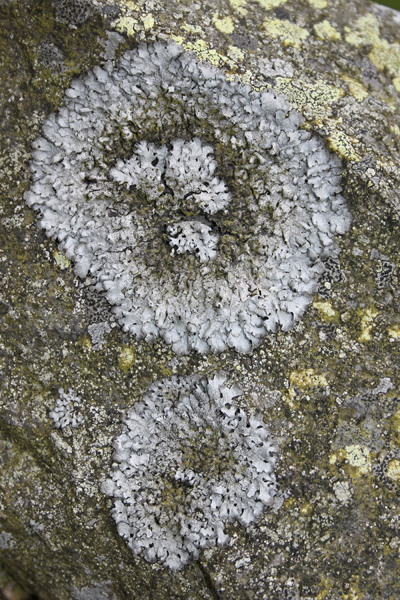 A Pied Wagtail was hunting for insects in a field which held a few Highland Cattle. A second Cuckoo called out from further down the valley, Chiffchaffs and Blackcaps sang away and there were snippets of song from a couple of other elusive Redstarts.  A few insects with dangly legged St. Mark’s Fly Bibio marci, Common Carder Bee Bombus pascuorum, Honey Bee Apis mellifera and Hoverfly Syrphus ribesii.Nettle Rust Puccinia urticata was noted on Stinging Nettle Urtica dioica and Dock Rust Puccinia phragmitis on Broad-leaved Dock Rumex obtusifolius. 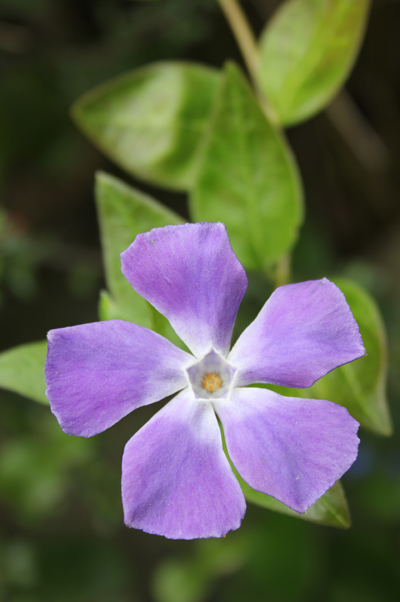 A Dunnock hopped around the churchyard of St Mary’s – the interior was stunning with the wooden arched roof of the south nave decorated with angels, shields and grotesques. 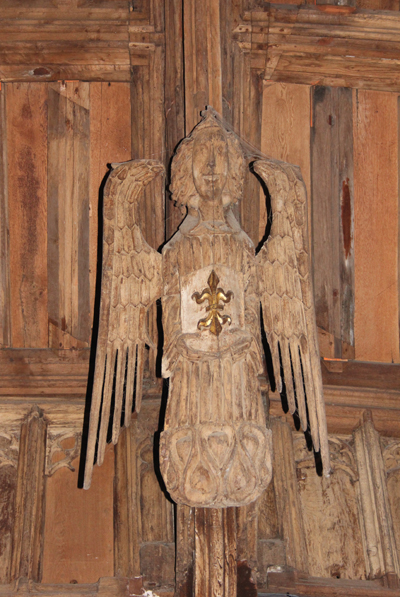 Our leisurely 6hr circular walk had flown by, some good lists for the day and all within an hour’s drive of Liverpool!