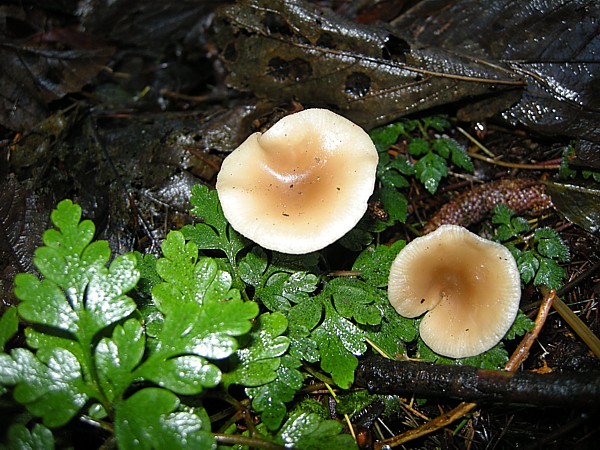 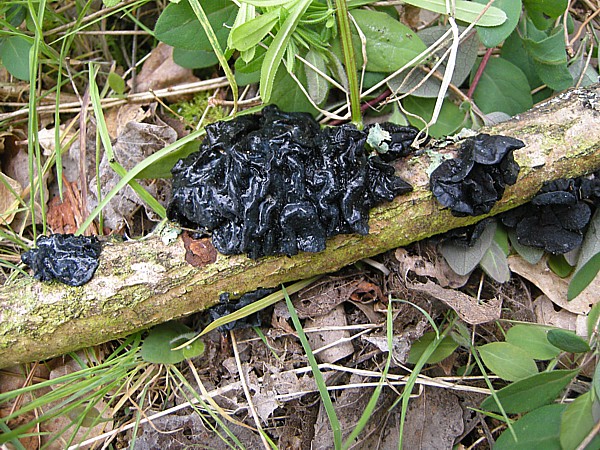 Most of the finds were of ascomycetes, which shoot their spores from a tube or ascus. Mainly tiny discs and blobs on fallen wood and litter, they are difficult to identify because many are host- specific so it is vital to know the identity of the plant material. Not easy in mixed woodland.

A large stand of old Ulex (Gorse) supported Tremella mesenterica (Yellow Brain), that usually grows in association with the genus of Peniophora, a corticiod (or crust) fungi. Both the pink Peniophora incarnate (Rosy Crust) and the grey P. incarnata were present. Also smaller ascomycetes of which we have been able to identify Proliferodiscus pulveraceus and Orbilia xanthostigma. 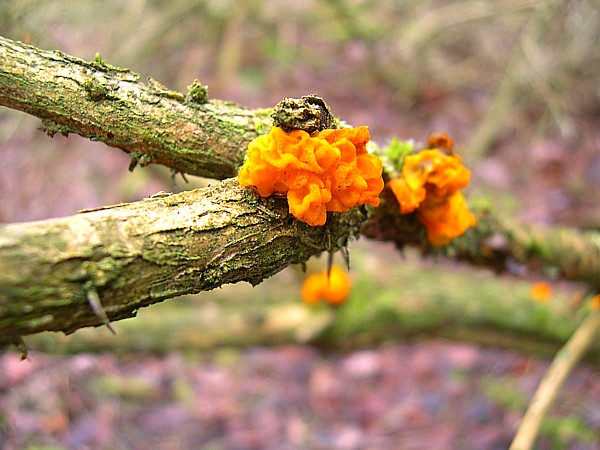 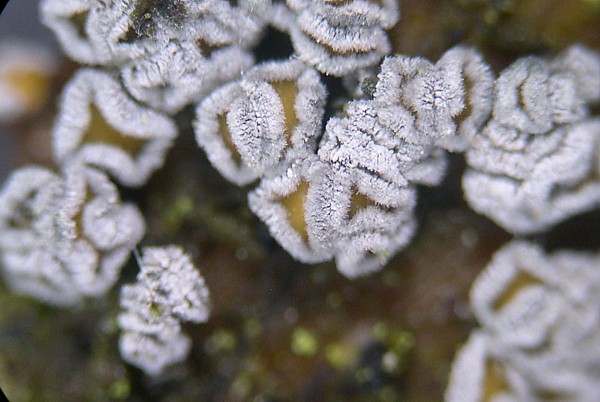 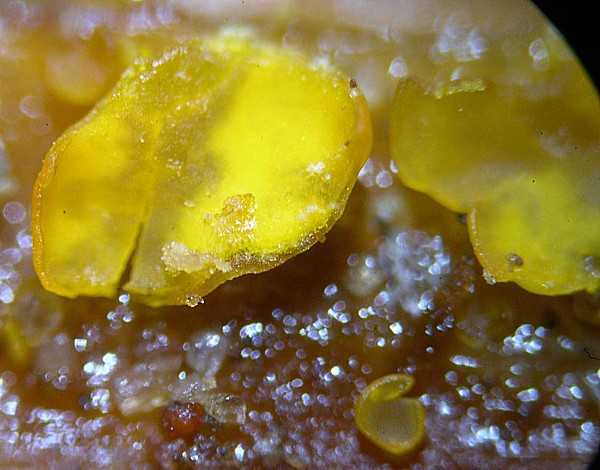 On the dune heathland were numerous Panaeolus cinctulus (Banded Mottlegill) whose existence would be encouraged by the presence of cows. Also Entoloma sericeum (Silky Pinkgill). 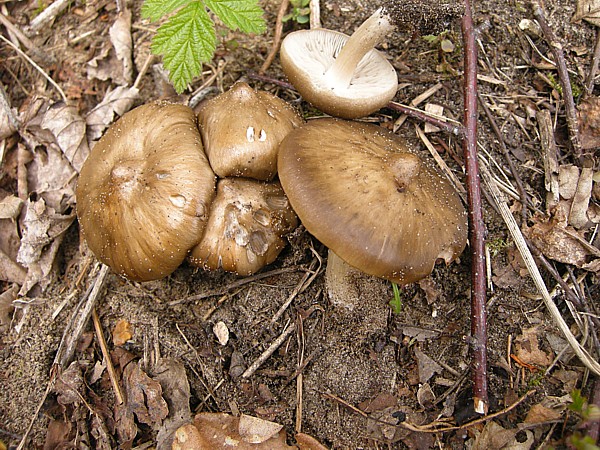 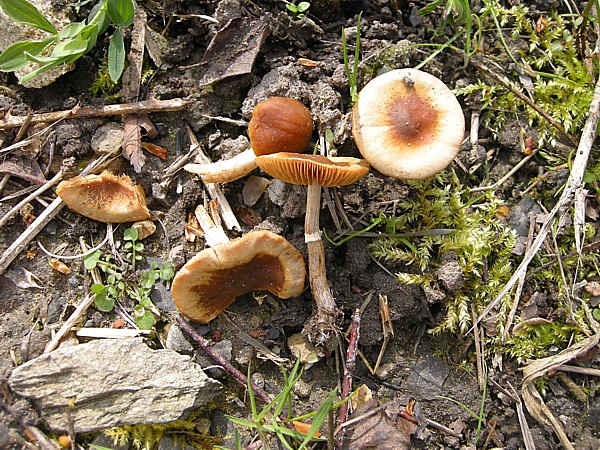 Reaching the pine woods, we searched through an area that had been clear-felled last year.  The bits and pieces produced some interesting finds. The uncommon resupinate fungus, Gloeoprus taxicola  specialises in colonising fallen conifer branches. The ascomycete, Hyaloscypha leuconica had taken over a fallen cone.

We also turned up some myxomycetes (Slime Moulds) from their warm chambers under piles of logs. Arcyria denudata and Ceratiomyxa fruticulosa being particularly attractive. 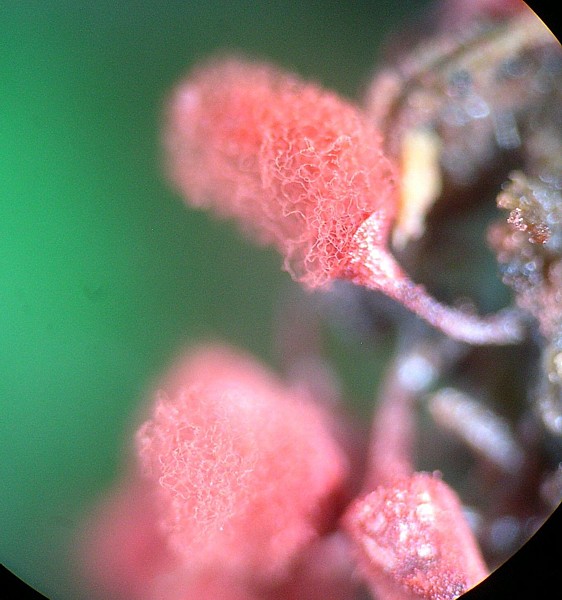 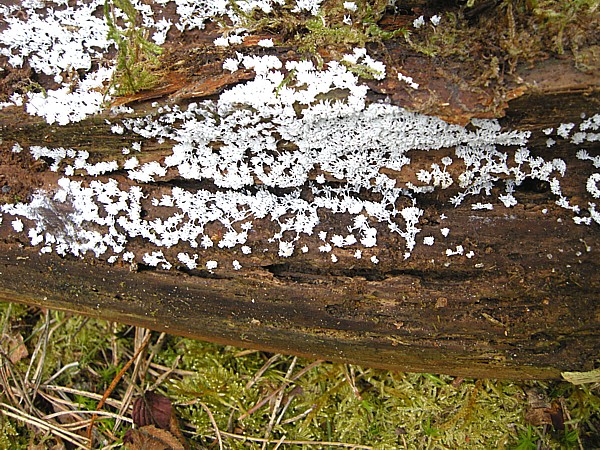 Moving along Old Fishermans’ Path we came across Psathyrella spadiceogrisea (Spring Brittlestem). A most interesting find was made while searching through old leaves under Cratageus (Hawthorn) bushes, of Xylaria oxycanthae, a Candlesnuff fungus that grows from buried haws. A new species for the site and to all present.  Probably always there, we have never looked for it before. 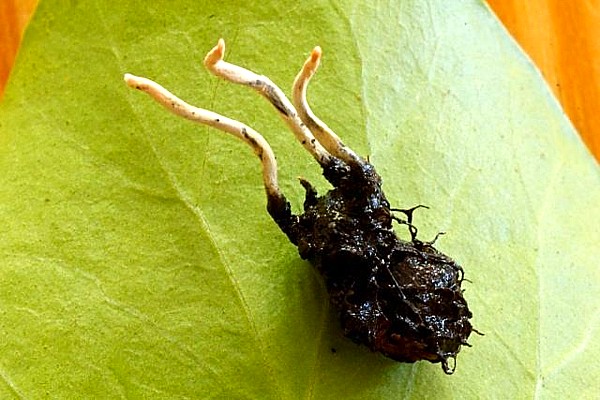 Having reached the dunes we turned for home. It was then we made our best find of the day. A rare Inocybe ochroalba (a Fibrecap) for which there are only 23 previous British records. Unfortunately there is no photo because it was not appreciated how rare it was until it was dissected for microscopic examination.

So far, over sixty species have been confirmed but, having regard to the problems of identifying the ascomycetes, it will be some weeks before the list is finalised.