It was a day of dark, heavy clouds and a forecast of heavy rain later, but it was quite mild. We decided to go to Port Sunlight, where there are several places to shelter, just in case. 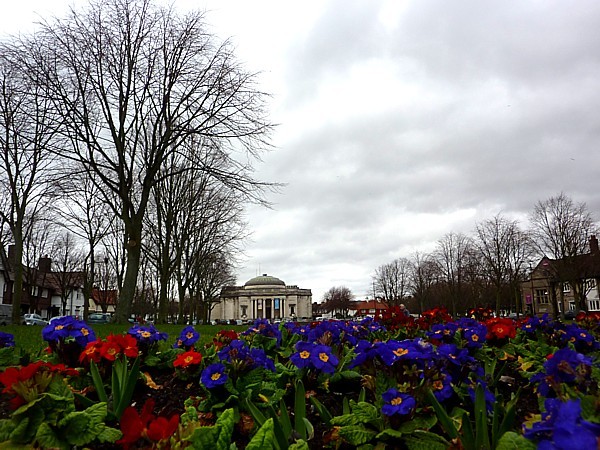 We don’t usually visit the Dell at Port Sunlight, but it’s a nice spot in any weather. The gardeners have planted many artful groups of crocuses and snowdrops, each one carefully arranged, and no flower daring to be out of place. 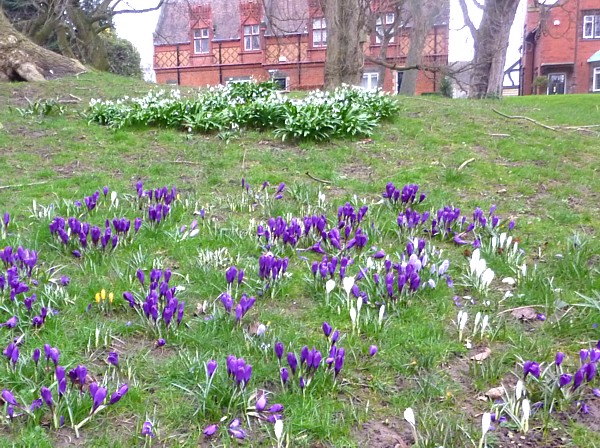 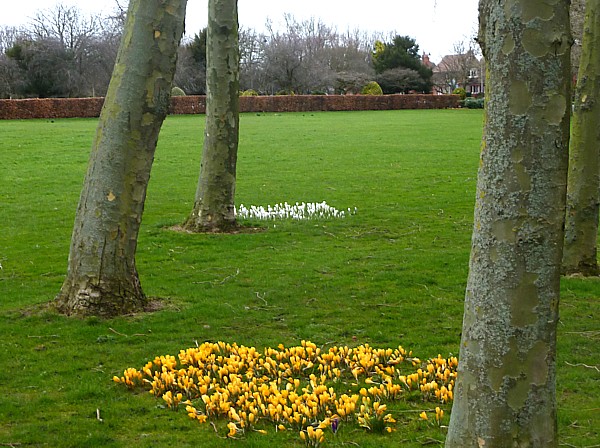 We also noticed lots Daffodil shoots, but they weren’t blooming yet. It was quite a poor day for birds, just a Robin in the hedge by the station; lots of Jackdaws on roofs; a Mistle Thrush in the Dell; Wood Pigeons, Magpies and Crows on the banks and in the trees, and just one Herring Gull overhead.

The Dell is a great spot for trees, though. By the side of the path north of the bridge there’s a Honey Locust (Gleditsia triacanthos), the tallest one in Cheshire at 40 ft (12m). It has clusters of long thorns on the trunk. Next to it is a Tulip Tree (Liriodendron tulipifera) also about 40 ft high, which is famous for the autumn colours of its foliage. There was also a very nice young Monkey Puzzle tree. 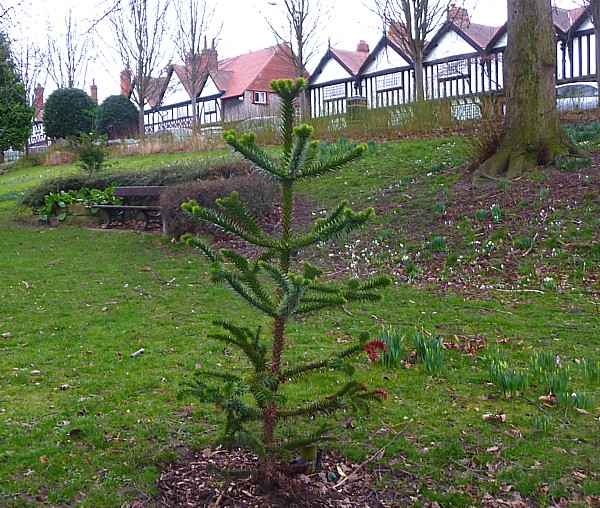 We looked at the house visited by George V and Queen Mary in March 1914, admired the view from the Hillsborough Memorial balcony at the south end of the avenue, looked at the names and medals listed on the War Memorial and dropped into the Port Sunlight Museum shop. 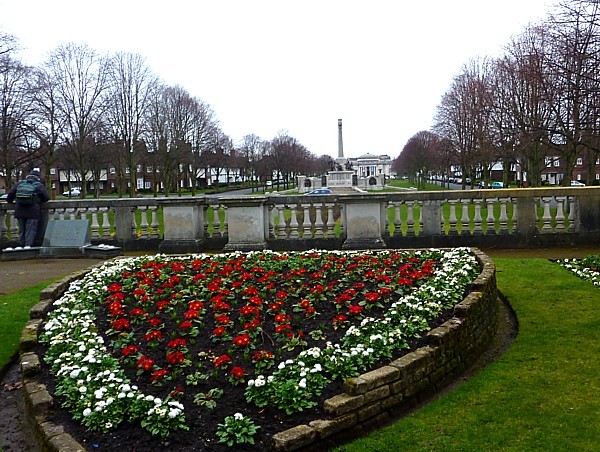 We also looked at two very interesting sundials today. The first was commissioned to mark the Millennium. There is a big-breasted Sphinx, apparently carrying a cross on her back. The bars are marked with the hours, and the shadow of one bar falls on another to mark the time. Below it, on the plinth, is a graph showing “The Equation of Time” from which you can read the minutes before and after the hours, calibrated at five-day intervals throught the year. 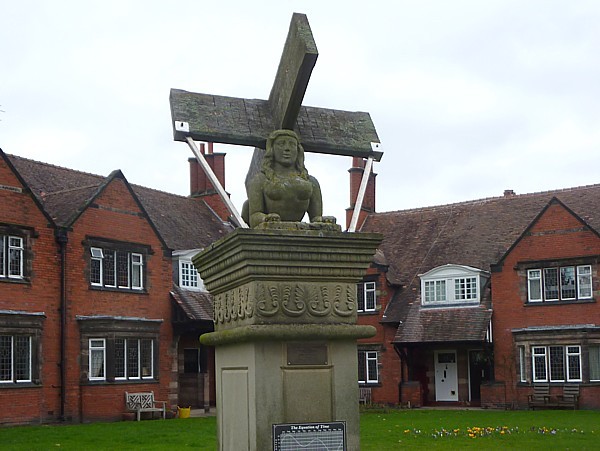 In the centre of the avenue leading northwards to the Lady Lever Art Gallery is an even more complex one, called an “annalematic” sundial, in which the shadow-casting object is moved depending on the date. In this case the shadow is cast by the person wanting to know the time.  The little pathway leading into it has tiles marked with the names of months, so you stand on the one for February, in our case. The inner ellipse of white posts marks the hours in British Summer Time, while the outer ellipse of grey posts marks the time in winter.  Sadly, as there was no sun, we couldn’t try it out. 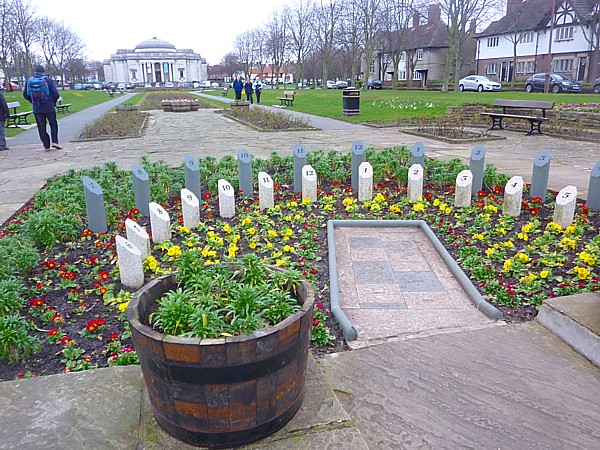 After lunch we went into the Art Gallery to see the exhibition “Turner: travels, light and landscape” including some rarely-shown early watercolours. But I was more interested in a painting I haven’t seen before, kept in the little alcove off the Main Hall. It appeals to the scientist in me, and is called The Forerunner, painted in 1920 by the artist Eleanor Fortescue-Brickdale. 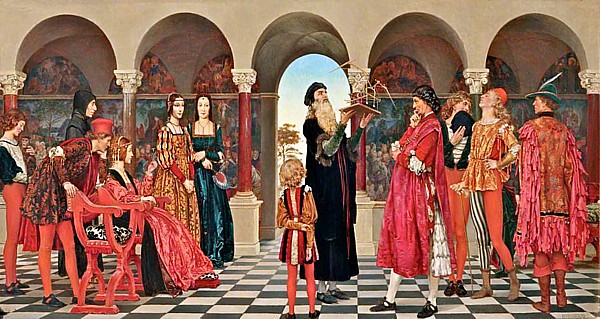 It shows an imagined moment in the late 1400s with Leonardo da Vinci demonstrating a small prototype of one of his flying machines to his patrons the Duke and Duchess of Milan, Ludovico Sforza and Beatrice d’ Este. Lurking on the left, looking darkly opposed to progress, is the monk Savonarola, who famously organised bonfires of secular books and art in Florence at around the same time.