It was a grey and overcast day, still mild at about 8°C, and with a forecast of rain later. Dare I ask where winter has gone? 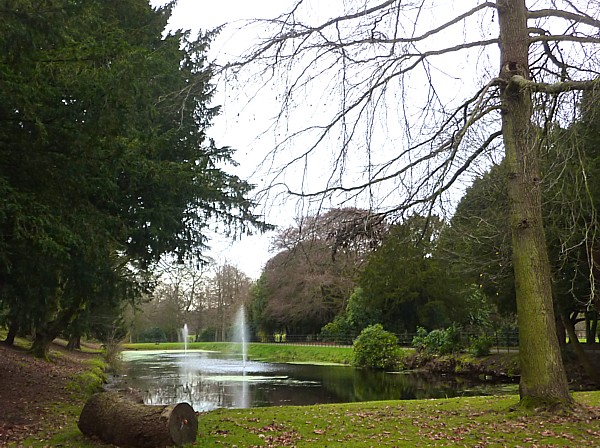 We entered Croxteth Country Park though the west gate near Dwerryhouse Lane and our first birds were House Sparrows twittering busily in a hedge at the back of Fallbrook Drive. There were Carrion Crows and Magpies on the grass and a Wood Pigeon on a TV aerial. Then there was some excitement when a Sparrowhawk flew into the trees at the back of Greenodd Avenue, perched for a minute or two for us to admire him,  then flew away northwards.

We spent the morning wandering around the paths, past Statue Pond, the Jungle Parcs treetop adventure attraction and the Long Pond, where there was a group of Mallards in fine winter plumage. 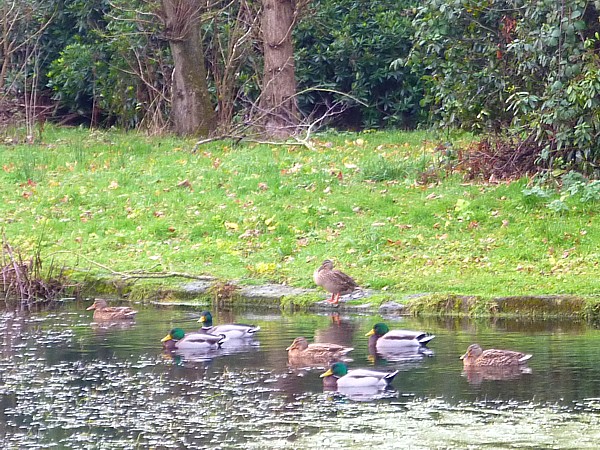 On the way we saw a mixed flock of Blue Tits and Long-tailed Tits, a Jay on the grass, many winter trees in bud, the local husky dog team taking their kennelmaids for a walk near the River Alt bridge and the small herd of piebald horses, one of whom was being fed carrots by a young family. 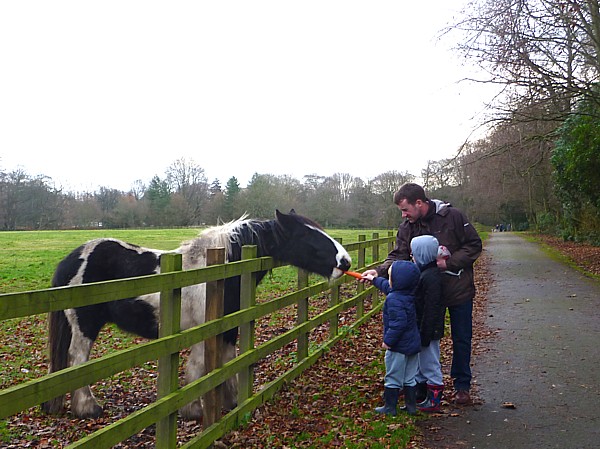 The sun came out as we had lunch in front of the Hall, to the accompaniment of Jackdaws calling from the rooftop. The great Beech on the lawn, which I photographed in its autumn glory on 21 Oct 2012, was stark and bare, but the Lucombe Oak is still green. It’s a hybrid between Holm Oak and Turkey Oak, scientific name Quercus x hispanica “Lucombeana”, which occurs naturally in the Mediterranean but is rarer in the UK. The British specimens are mostly clones of the one first cultivated in Exeter by William Lucombe in about 1762. 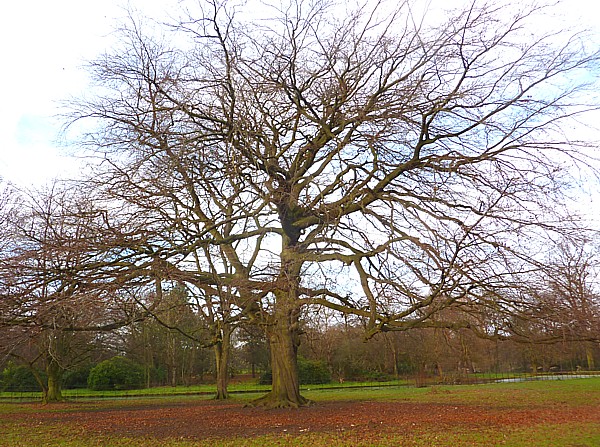 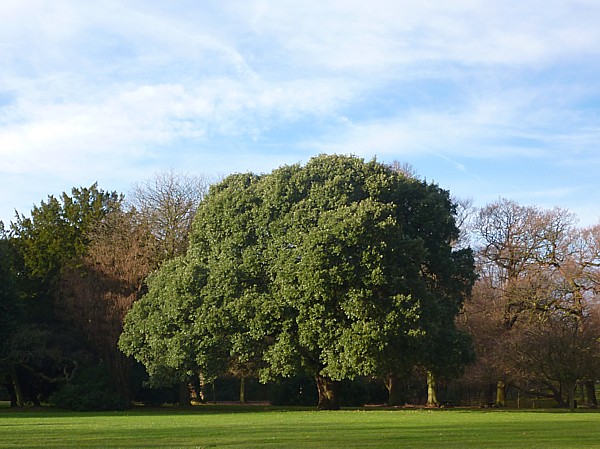 Then it suddenly started to go very dark and a stiff breeze came up, threatening heavy rain, so we started for home. But it was a false alarm and after just a few drops it cleared.  To our surprise, we saw some very early blossom in the shrubbery. I think it was the Winter-flowering Cherry (Prunus subhirtella ‘Autumnalis’). We counted it as the first sign of spring, anyway, nearly a week before the equinox! 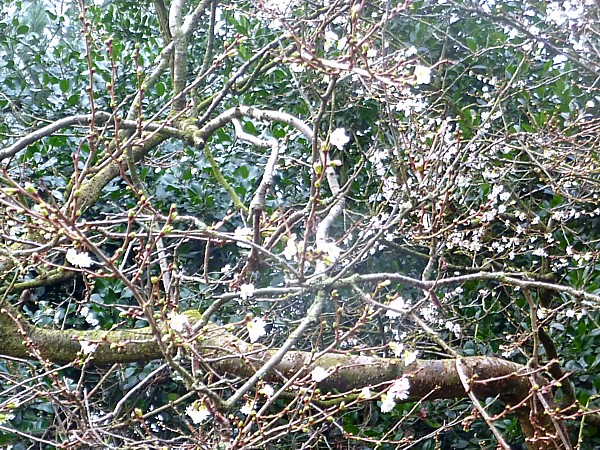 At the back of Home Farm we spotted a Grey Squirrel. He reminded me of some good news I saw recently about Red Squirrels at Formby beginning to show resistance to poxvirus. The individual squirrel called Clark (after Superman’s alter ego Clark Kent) is the first definite survivor.

On the way to West Derby Village we had good views of the estate’s Highland cattle and in St Mary’s churchyard were two Robins and a Blackbird. 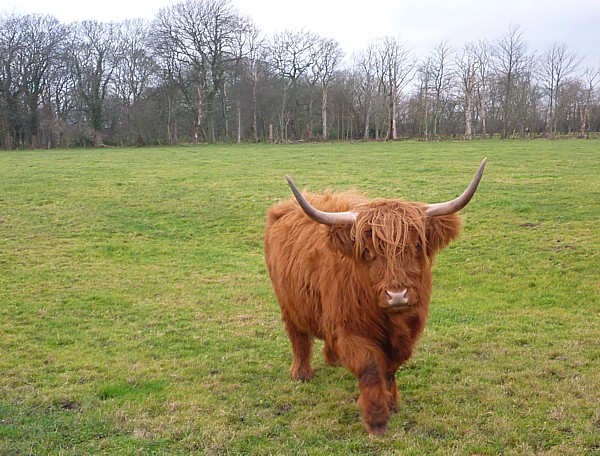 Public Transport details: Bus 18 from Queen Square at 10.10, arriving at the junction of Muirhead Avenue East and Dwerryhouse Lane at 10.25, then across the road and in through the western entrance.  Returned from West Derby Village, some by the 61 bus southwards and some by the 12 bus into Liverpool.