The mini-heatwave continues! It was overcast but remarkably warm for late September. We took the train to Blundellsands and Crosby station and followed The Serpentine around to the park gates. 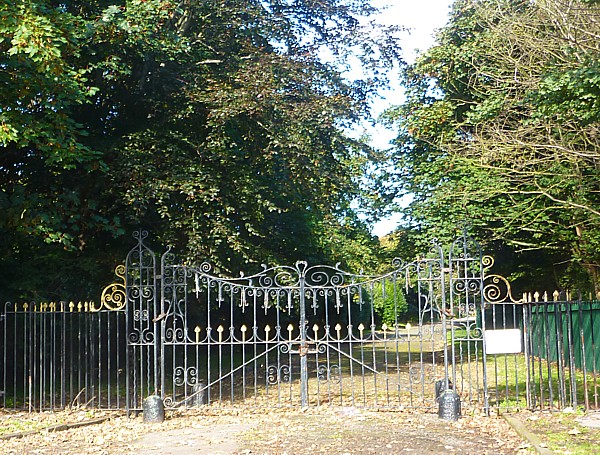 Blundellsands key park is one of the few members-only parks left in the UK. None of us are members (the waiting list is three years) and so we weren’t able to go into the park itself, but the pedestrian access next to the main gates allowed us to walk along Park Drive, which forms the western boundary. The park is a Site of Biological Importance, containing an area of the old mobile dunes. Species recorded there include Red Squirrel, Red Fox, Weasel, Rabbit, Hedgehog, Wood Mouse, Pygmy Shrew, Frog, Slow Worm and Common Lizard.  From outside the railings our best “spots” were a Comma butterfly amongst the bees and wasps on flowering Ivy, and five Magpies in a treetop. “Five for silver ….” Sounds hopeful! 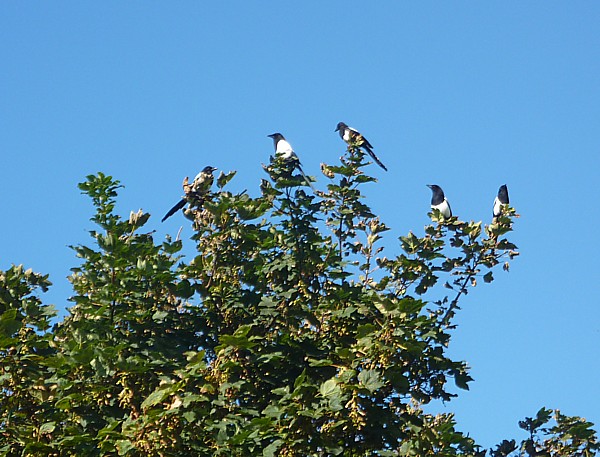 At the junction of The Serpentine and Burbo Bank Road North is St Nicholas’s Fountain, put up in 1881 by Joseph Gardner, a wealthy local timber merchant, because he was plagued by fishermen and “cockle-mollies” from the beach, asking for water. 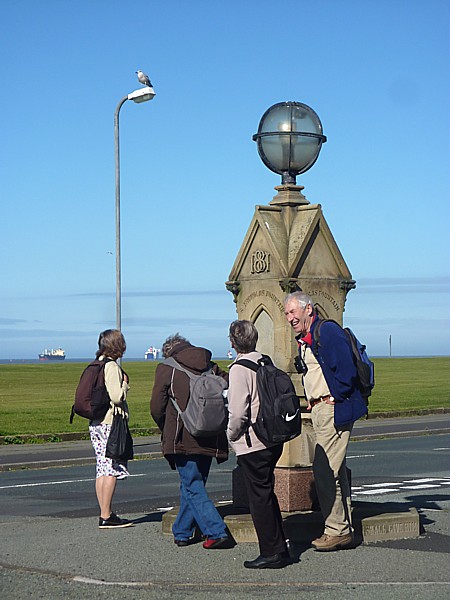 Between the railway line and the sea, the old development is now a conservation area. It was built by Nicholas Blundell in around 1865, and here is the ornate gateway to his own house, Treleaven, on Blundellsands Road West. 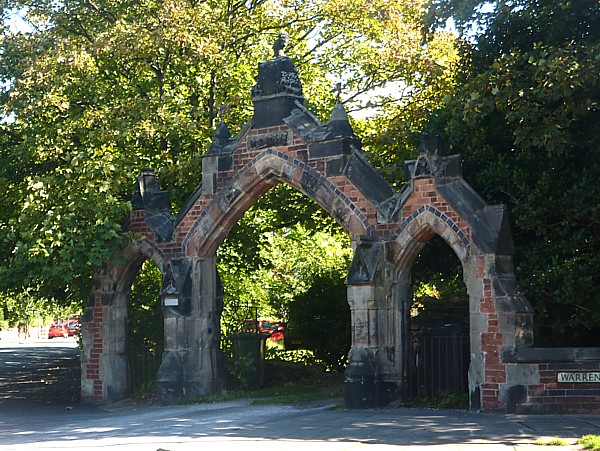 After lunch we walked south along the prom to Waterloo. A Kestrel was hovering over the fenced-off area where Marram Grass is being planted to help stabilise the dunes, and Sea Holly was sprouting everywhere. 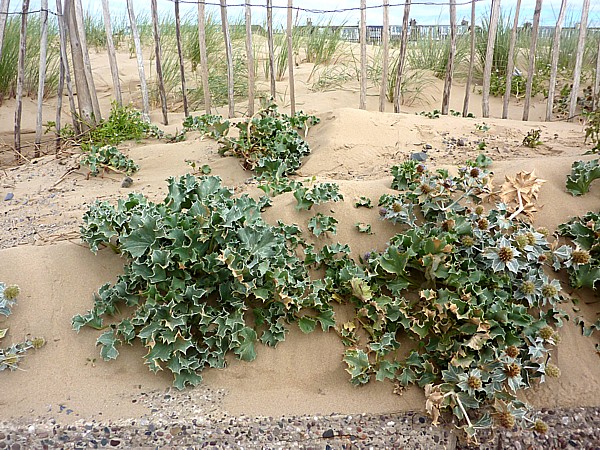 This picture of the beach shows a ship coming in on the high tide, some old Christmas trees being used to to stabilise the dunes, Burbo Bank wind farm on the horizon and an Iron Man and two admirers on the right. 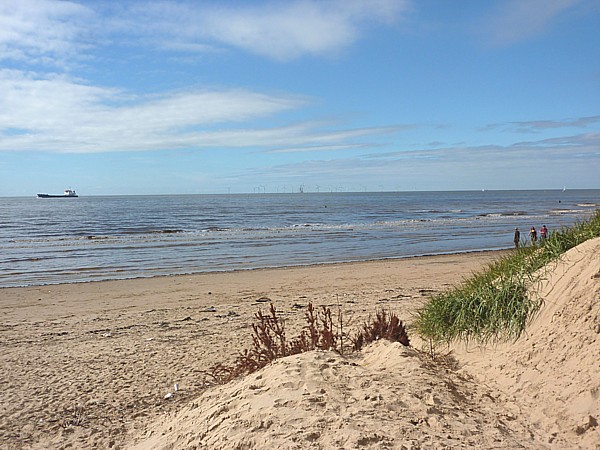 On the Boating Lake were four Mute Swans and two cygnets. One pair of adult swans were performing courtship displays, so this warm weather has fooled them into thinking it’s spring already. Other birds were Black-headed Gulls, Mallards, Tufties and Coots, and there was the usual mixed flock of Herring Gulls and Lesser Black-backed Gulls on the grass. I have twitched Little Gulls and Grey Phalarope here before, but today there weren’t even any late Swallows.