Still cold, but it was sunny most of the day. We spent the day ambling around both the upper and lower parks, still looking very fine after their restoration in June 2007. 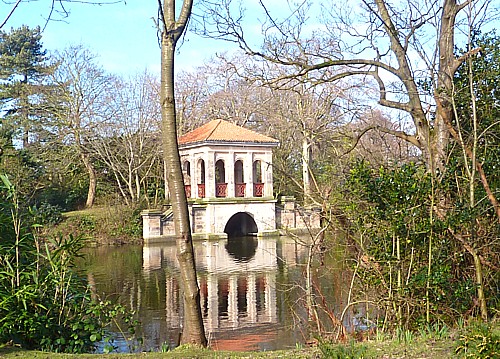 The usual park birds were on the lake, noisy Canada Geese, Mallard, Coot, Moorhen and Mute Swans. We noted two odd-looking black Mallard drakes, who are probably survivors of the group we saw during our last visit on 13th November  2011, when there were five young black ducks and one white one, all swimming together like a brood of brothers and sisters. These two blacks drakes seem to be the same ones, coming up to two years old. 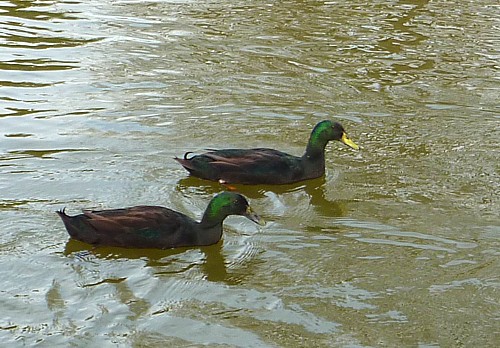 We stopped to look at a Yew tree covered in small “blobs”. Yew are “dioecious” meaning that they have separate male and female trees. These are the male “flowers”, the parts that produce the pollen. 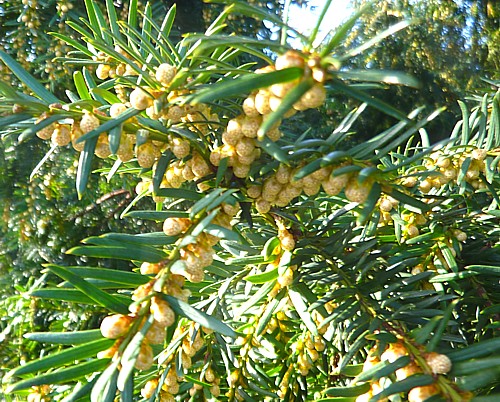 Another tree nearby bore the female flowers, also small, but fewer of them. 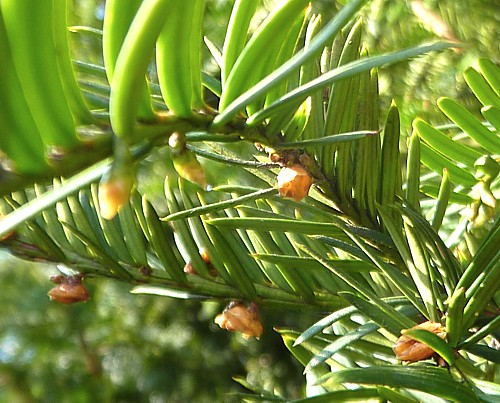 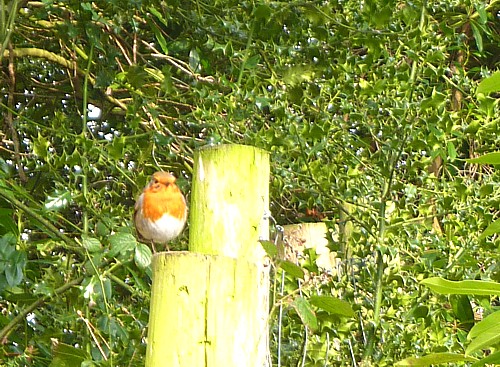 Between the upper and lower parks is a splendid Victorian postbox, one of the Penfold type dating from about 1870. 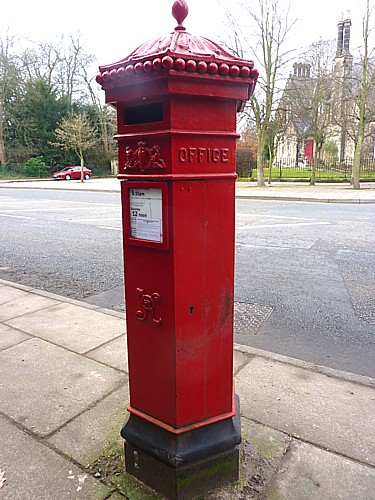