It was a very bleak and wet day so we decided to go to the Museum of Liverpool. We did get some bird watching and fresh air, though. As well as taking a trip on the Mersey Ferry for lunch, we spotted five Cormorants in Canning Half-Tide Dock. Two of them had quite a lot of white on their heads and necks, perhaps more than the normal adult courship plumage, and we wondered if they were from the continental sub-species marrocanus.  One of the Superlambananas outside the Museum was painted with marine life  is this supposed to be a Common Gull? It has yellow legs, a dark eye and no red spot on its bill. 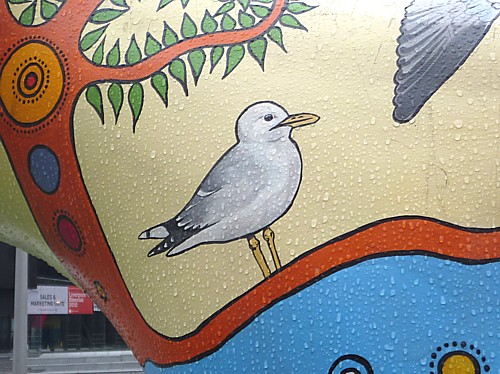 Highlights of the Museum were replicas of the carvings from the Calder Stones, casts of early human footprints from Formby shore, dated to 4000 to 6000 years ago, 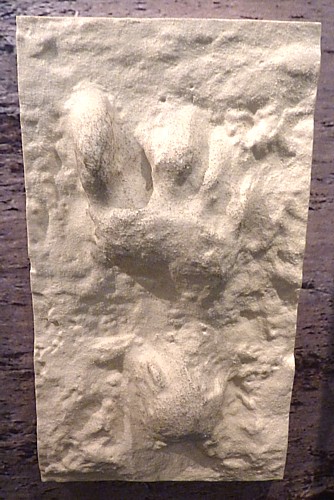 … an imagined diorama of the earliest scousers, camping in a woodland clearing in the Woolton area 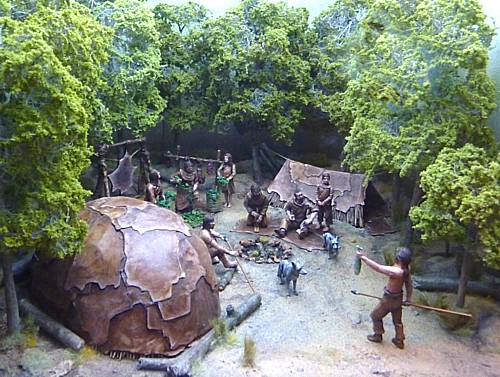 … a complete coal fired chip fryer from a chippy in Rice Lane, with hand-painted tiles and copper edging, used from 1925 to 1982, and the model of the Lutyens RC cathedral which was never built. 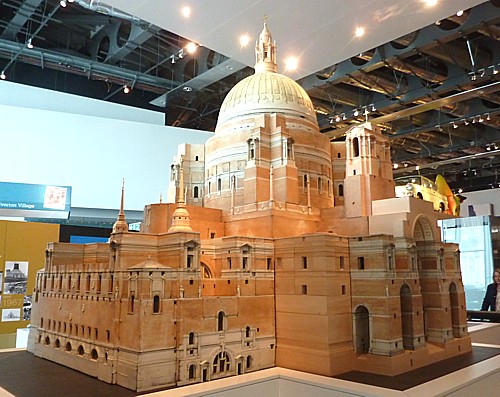