It was warmer today, but with a squally north wind. At Southport we headed straight down to the Marine Lake, and had a good day for birds, with several notes of leg rings to report. On and around the lake we saw Black-headed Gulls, Herring Gulls, Moorhen, Mallards, Coots, Mute Swans and two Canada Geese. 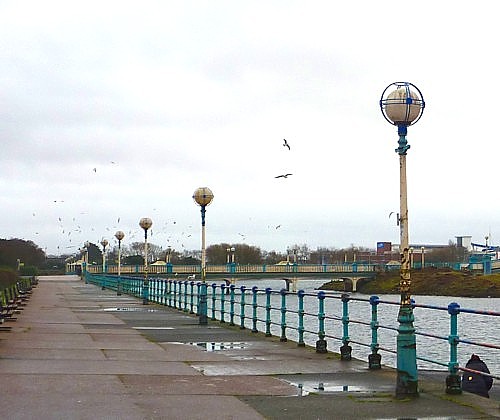 At lunchtime we headed out of the wind and settled on the benches outside Southport Bowling Club’s pavilion. There were Wood Pigeons and Blackbirds on the lawns and a Greenfinch twittering and whistling at the top of a bare tree. They usually make wheezy calls, but is this their spring song? We also admired a rather splendid dovecot. 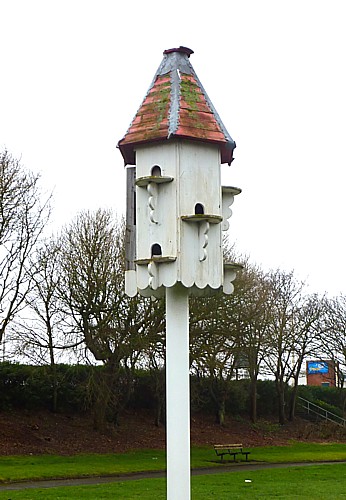 We rounded the southern end of the Marine Lake, and headed northwards into the raw gusty wind. Cormorant, Common Gull, Little Grebe, a second Mute Swan with a Darvic ring and a Goldfinch. Then back onto the Promenade, overlooking the Spartina grass colonising the beach. In amongst the tufts were Shelduck and about a dozen Pink-footed Geese. 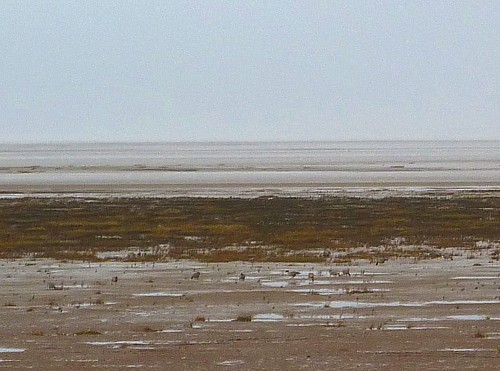 From the inland part of the pier there’s a good view over the Pitch-and-Putt course, where we saw Jackdaws, several dozen Oystercatchers, a few Greylag Geese and a Curlew. A party of cyclists was riding along the Promenade, one on a very old bike with a carbide lamp. He told me what it was, and I thought he said it was a “Jersey Peterson” of 1905. Its the one in the foreground of this picture, ridden by the man in the coonskin cap. 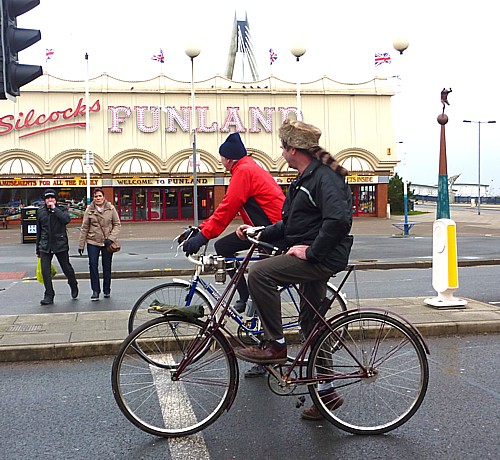 On the way back on the train we saw a large flock of Lapwings rising over the school playing fields north-east of Hall Road Station.

These are the five ringed birds we saw, all reported on 6th February to the Euring website:
Two Black-headed Gulls with blue Darvic rings on their left legs: 2C42 and 2C43
Two Mute Swans with blue Darvic rings on the right leg: SDC and NXD. I had a reply from Wes Halton of the North West Swan Study. SDC was a male cygnet ringed at St Annes on the 21 August 2005, and has been seen at Southport many times since then. He is now seven years old. NXD was a female cygnet ringed at St Annes on the 2 Sept 2003 and is now nine years old.
A Coot with the following color rings: right leg pink (or orange) over a BTO ring, left leg light blue over purple.
I will add the reports on their movements as they come in.