It was a sunny, breezy day, and the recent snow was starting to thaw. John wasn’t well, but we headed off  without him to Newsham Park. On Orphan Drive near the Police Station there was a dead pigeon on the pavement, possibly a Sparrowhawk kill. Under the trees the daffodil shoots were pushing up, and the fishing lake was still half frozen. 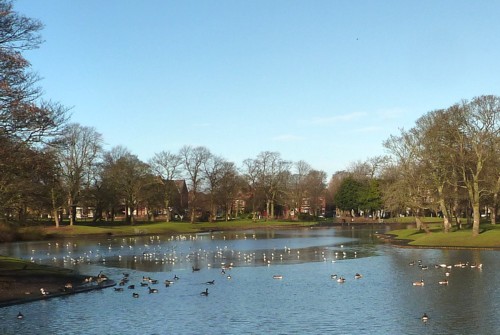 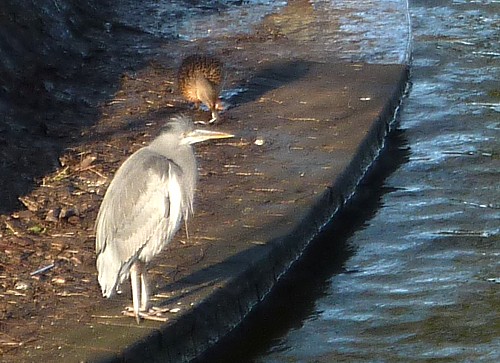 One of the Mallards had a white pom-pom on the back of its head, the result of cross breeding with a fancy variant called a Crested Duck.

The boating lake was almost completely frozen over, too, with a large flock of Black-headed Gulls standing about waiting for bread. Just one Common Gull amongst them. 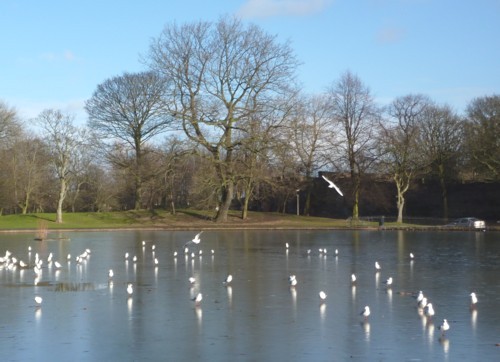 There is a new pavilion at the junction of Orphan Drive and Gardner’s Drive, with a café and loos and a row of new exercise machines. 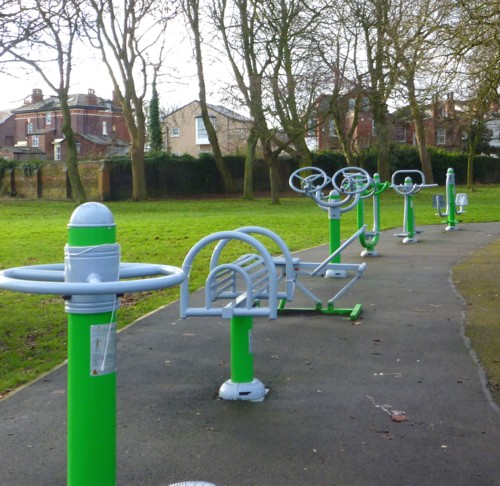 Rain was threatening, so we lunched under cover on the bandstand near Prescot Road, where we had a call from John about Waxwings in Norris Green, at the junction of Parthenon Drive and Townsend Avenue. Off we went, and there they were. About 30 of them in one of the few remaining berry trees on the central reservation. A large flock of them had been there most of the week and had stripped nearly all the trees along that stretch of the avenue, with just one tree left near Broadway. 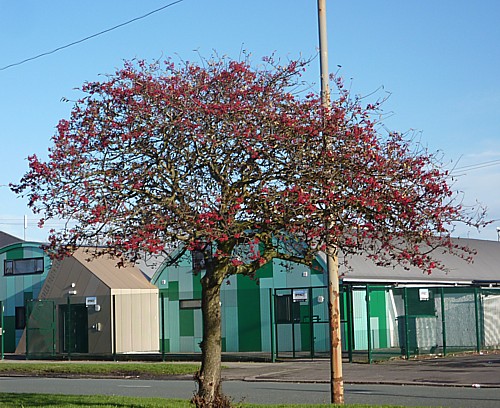 John said he had been there on the previous Thursday and watched two Mistle Thrushes furiously attacking and chasing about 80 Waxwings, tyring to drive them away from “their” berries. On Sunday we saw just one Mistle Thrush at the top of a denuded berry tree, who appeared to have lost the battle.