A couple of inches of snow fell in Crosby on Friday but although I still found the side streets to be treacherous by Sunday morning, the main roads were clear. The temperature was hovering about freezing and the sky was grey and overcast. There was very little snow remaining in Liverpool City Centre, but it started falling again as we arrived at Sefton Park. 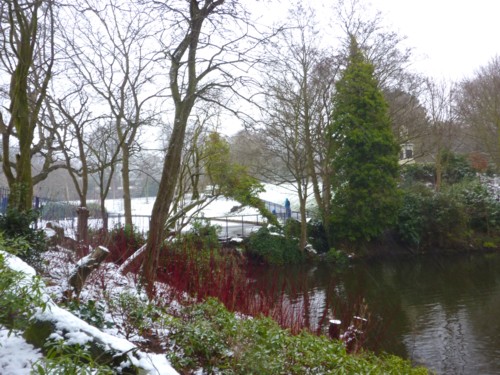 The main lake was half frozen. The usual Lesser Black-backed Gulls, Mallards, Coots, Moohens and Canada Geese were there, with eight adult Mute Swans and three cygnets at the café end and more near the island. There was also a Common Gull on the ice, a Pied Wagtail on the water’s edge, and a Tufted Duck and some Little Grebes by the island. Two Mallard drakes were having a real fight near the island, standing up in the water and battering at each other with their wings. The winner drove the other one off. 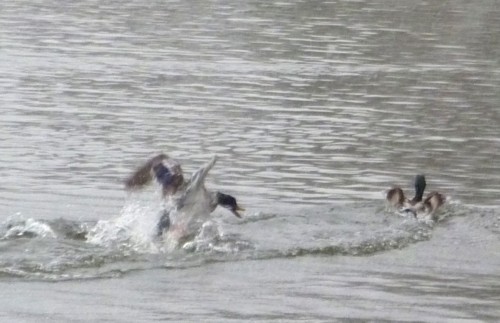 What was that all about? It was most likely to be a territorial dispute, but there were plenty of other drakes on the same patch of water. What was so offensive about the losing drake? Was he from a different clan which usually live on the frozen part of the lake?

We looked for tracks in the snow, but all we saw were boots, dog paws and these, which are probably just feral pigeons. 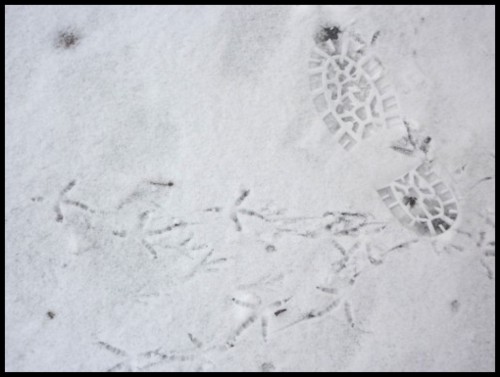 John had brought some dried mealworms and he tried enticing birds to eat from his hand. He succeeded with a Robin and a Great Tit, but the Nuthatch was more wary. 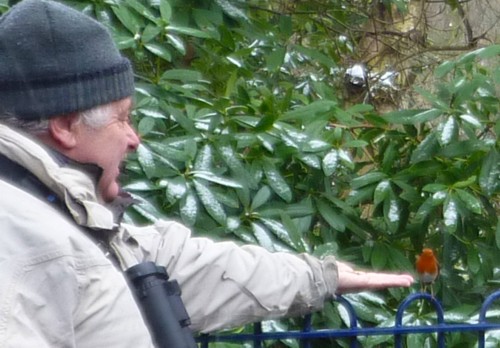 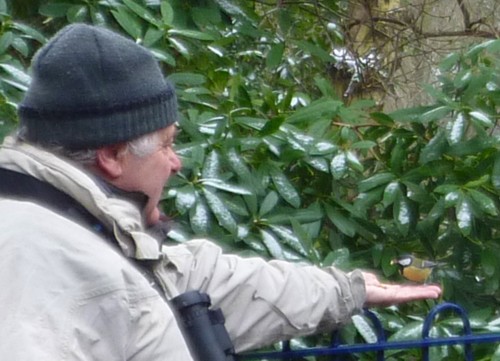 The pigeons liked the mealworms we dropped, but a grey squirrel came up to my hand, and appeared neither to see nor smell the dried mealworm I was holding out. Two Jays were looking hopefully at the bird feeders in the woods, Wood Pigeons were flying about and some Redwings and Fieldfares were rootling about in the leaf litter in the Dell. Two Mistle Thrushes and a Blackbird were on the lawn near the Palm House, and someone had made a cheerful snowman. 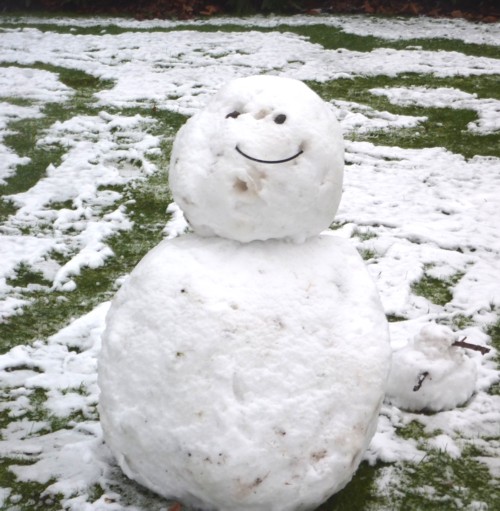 There is a Persian Ironwood tree in the dell (Parrotia persica), and it was flowering already. 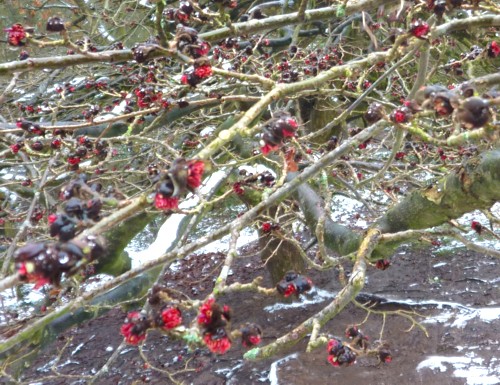 The Liverpool RSPB group had a display inside the Palm House, which they usually do the week before the Big Garden Birdwatch (BGB), to get passers-by in the mood. 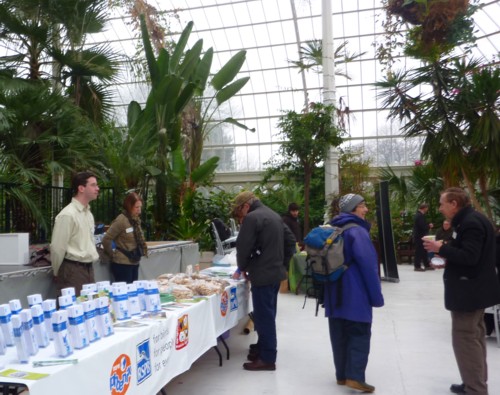 I was interested in the display they had of the 2012 BGB national results compared with Merseyside alone. We have more of the adaptable town birds Magpie and Feral Pigeon, but also above-national numbers of Goldfinch and Collared Dove. Merseyside has fewer Chaffinches and Great Tits than the national average. 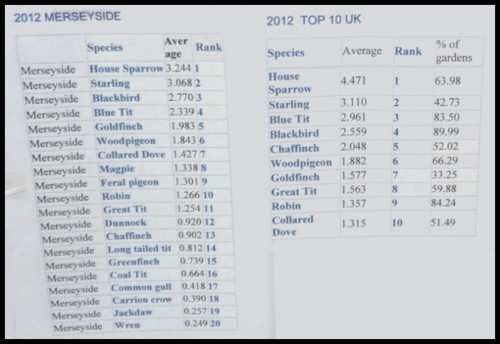