Posted on October 8, 2012 by Sabena Blackbird 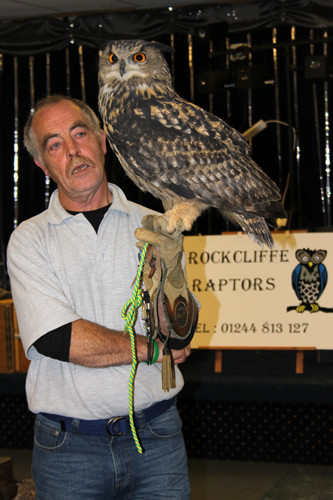 Steve with Rocky the Eagle Owl 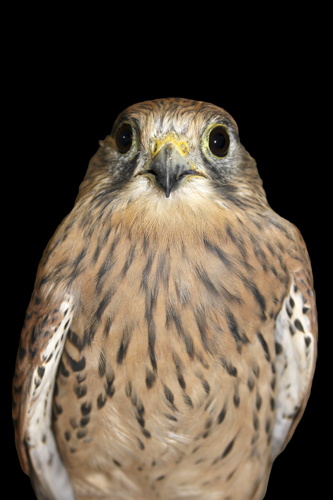 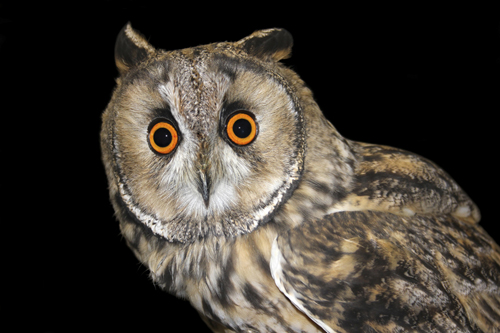 Steve proceeded to give a really informative talk about the birds and observations from his ten years of keeping birds of prey.

Owls have an acute sense of hearing that helps them locate and capture prey. The facial disc acts as a reflector, channelling sounds into the ears.

Owl’s eyes are large in order to see in low light conditions. Owls cannot move their eyes as they are not actually eye balls but elongated tubes. They are held in place by in the skull called Sclerotic rings. The Owl makes up for this by being able to turn its head up to 270 degrees left or right from the forward facing position.

The eye is lubricated by the nictitating membrane, a third concealed eyelid that sweeps horizontally across the eye like a windscreen wiper. 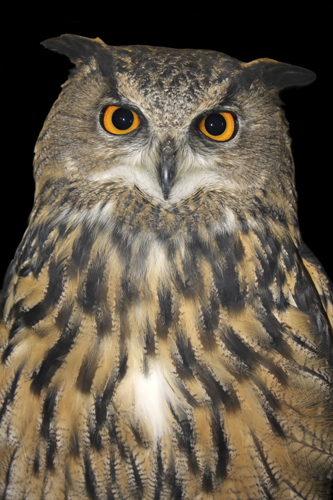 Owls coat their pellets in saliva when regurgitating them  this prevents heartburn and acid damage to the throat. Barn Owls saliva is black. If you feed the European Eagle Owl and the Barn Owl on the same diet of white rats the Eagle Owls pellet is white whereas the Barn Owls is coated in black.

The leading edges of an owls primary feathers have comb-like serrations. These decrease turbulence and thus the noise of air as it flows over the wing allowing them to fly silently.

Barn Owls have a serrated structure that runs along the inner talon edge of the third digit called a “pectinate claw”. This is generally thought to aid in preening. 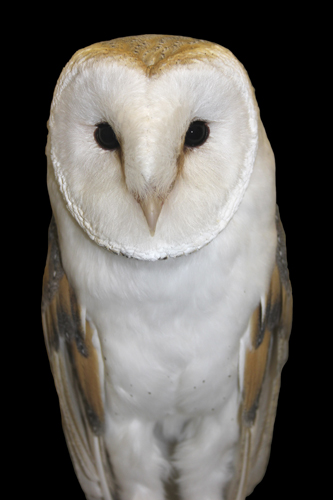 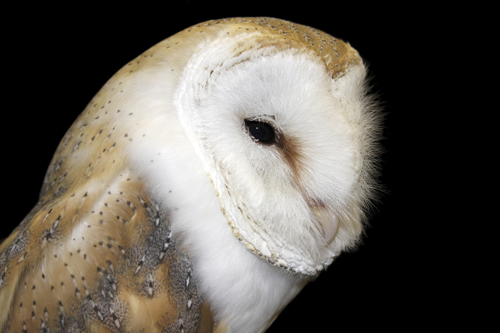 It is a misnomer that during the characteristic courtship duet between Tawny Owls the male calls twit and the female ‘twoo.’ Shortly after moving to their Flintshire base Tally the male Tawny Owl began calling during the evenings which attracted wild Tawny Owls to the garden. Steve noted that one evening Tally would call twit and the wild Tawny twoo but the next evening the calling sequence would be reversed with Tally calling twoo and the wild Tawny twit. Jemima Parry-Jones MBE  the British authority on birds of prey and director of the International Centre Birds Prey Wildlife Conservation has also noted this fact! 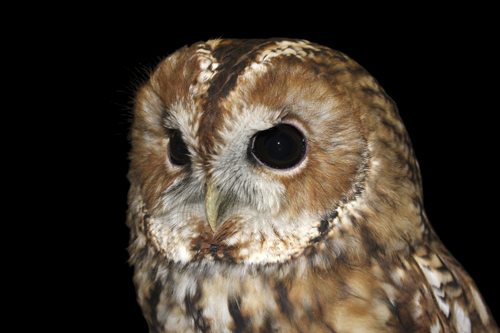