Posted on October 2, 2012 by Sabena Blackbird 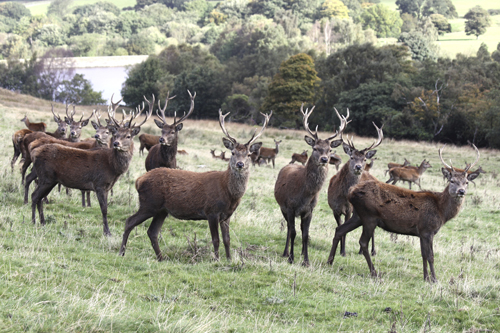 Mike Barrow kindly drove Chris Derri, DaveH and I to the National Trust Reserve at Lyme Park. We parked at the railway station at Disley and wandered along the Gritstone Trail across farmland and through a small copse containing a few autumnally energetic Grey Squirrels. We heard the distance bellows of the Red Deer that were herded together below the old hunting tower on the hill called The Cage within the reserve. 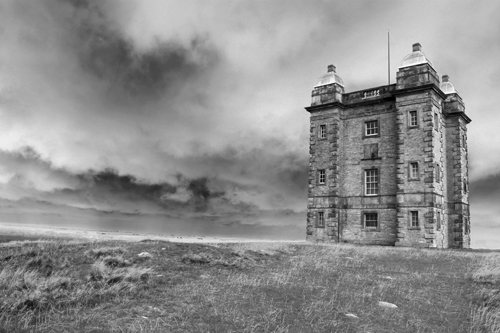 Conditions were extremely blustery with clouds racing across the sky and occasional sun peaking through but apart from a small drizzle shower the rain stayed off. A couple of Jays flew by squawking and a Buzzard was being mobbed by some Carrion Crows. We started clocking up the fungi with a Coprinus sp. on a rotting log along with the elephant trunk-like podentia of the Lichen Cladonia coniocrea and the pixie-cup Lichen Cladonia fimbriata. Lumpy Bracket Trametes gibbosa was found on the end of a fallen Beech in the parkland before we entered a deciduous wood with Sulphur Tuft Hypholoma fasciculare, Southern Bracket Ganoderma australe, Candlesnuff Fungus Xylaria hypoxylon, Crystal Brain Exidia nucleata, The Deceiver Laccaria laccata, dried out Black Witches Butter Exidia glandulosa, Many-zoned Polypore Trametes versicolor, Jelly Ear Auricularia auricula-judae, Hairy Stereum Stereum hirsutum, Bleeding Broadleaf Crust Stereum rugosum, Dead Moll’s Fingers Xylaria longipes, Eyelash Fungi Scutellinia scutellata, Fairy Bonnets Coprinus disseminatus and Sycamore Tar Spot Rhytisma acerinum. A few Galls were found on the Oak Trees with Marble Galls caused by the Gall Wasp Andricus kollari and Common Spangle Galls caused by the Gall Wasp Neuroterus quercusbaccarum  A Kingfisher was seen by the stream in the wood and on the small pond beside the café were a motley gang of Mallards, Coot and Black-headed Gulls. 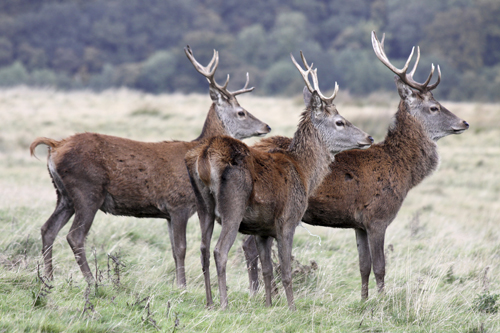 After a quick drink form our flasks we walked up towards The Cage to try and locate the Red Deer. Meadow Pipits were battling with the wind and a few Swallows were zooming low across the grassland re-fuelling before their migration. We soon found the Red Deer and slowly stalked up close to them. 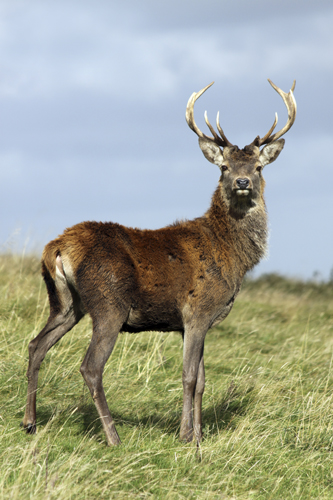 Only one of the sizeable stags performed some real bellowing with a couple of younger stags engaged in some half-hearted sparring, antlers locked together. Most seasonal events this year have been topsy-turvy and it seems like the rut is also running late. When the main stag shepherded his harem of hinds into the woodland and the three remaining young stags decided to give up on their strutting and posturing we started hunting for fungi again. 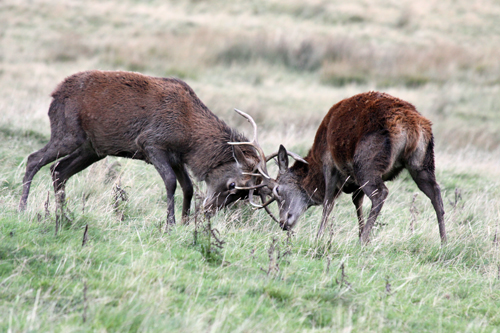 Lyme Park is an excellent spot for Waxcaps. They are a tricky group of fungi and we could only identify Blackening Waxcap Hygrocybe conica, Snowy Waxcap Hygrocybe virginea and Meadow Waxcap Hygrocybe pratensis with any certainty but plenty of other varieties were seen. Fungi finds underneath a couple of Beech Trees in the main parkland area included Beechwood Sickener Russula nobilis, Common Puffball Lycoperdon perlatum, Bay Polypore Polyporus badius and masses of small Amethyst Deceiver Laccaria amethystea. 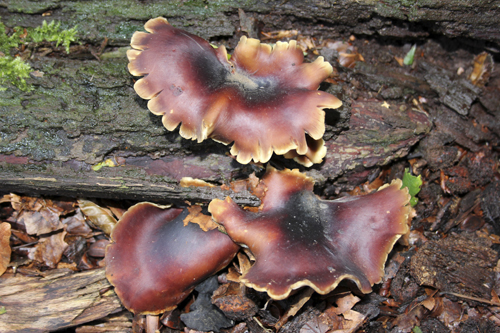 After teancoffee in the café and some stealthy eating of our butties it was round to the Fallow Deer Sanctuary situated behind the main house. A melting pot of Fallow Deer colours were present ranging from almost pure white to a really dark looking stag with large impressive antlers. The hinds were feeding on the coarse grass and a few stags were resting with only their heads and antlers visible over the top of the tussocky grass. No sign of the rut yet. We broke the stay to the path rules and climbed across a small ditch to gain better views of the stags  one getting to its feet and watching us intently making sure we werent a threat before sitting back down again. 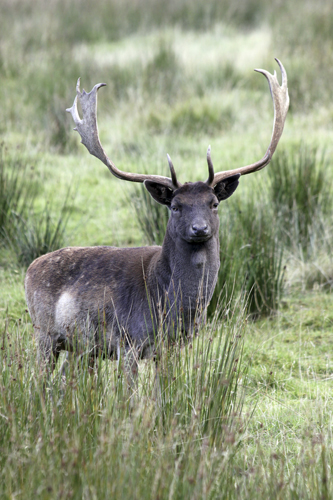 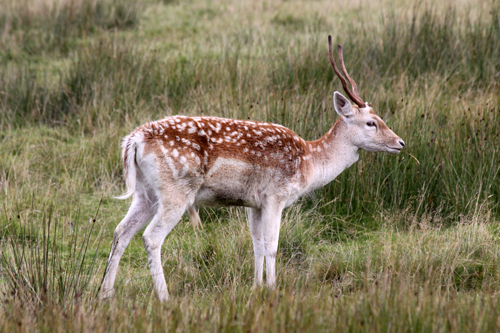 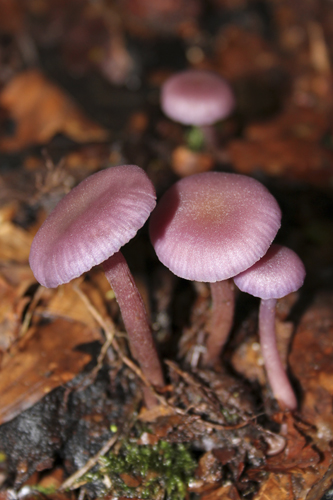 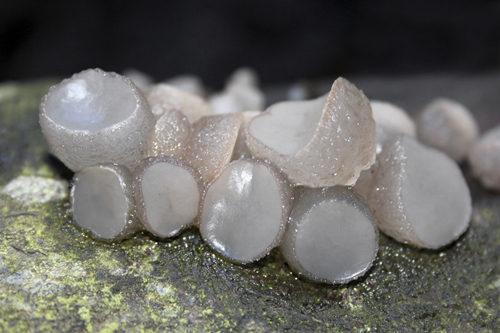 I had seen Beech Jellydisc var. foliacea at Mere Sands Wood in late July 2012 and include a photo of these rather cool jelly brains for comparison. 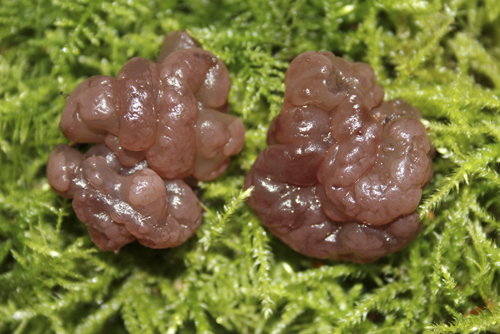 Walking along another path through predominantly pine woodland we added Ochre Brittlegill Russula ochroleuca and Fly Agaric Amanita muscaria to our list with some immature Common Puffballs Lycoperdon perlatum growing on a mossy log. 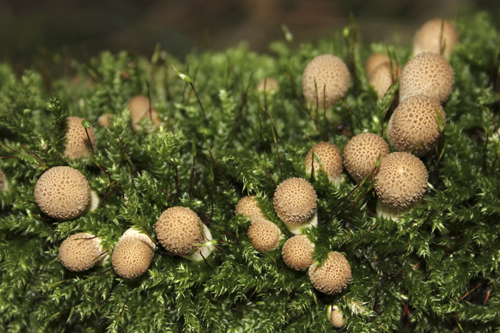 We spied a couple of Ravens through gaps in the pine trees as they croaked overhead. Insects hadnt featured so far during the day but we found an unidentified umbellifer that had attracted a few Hoverflies Heliophilus pendulus and Eristalis sp. Rather knackered but after a fantastic day we re-traced our steps and followed the main road out through Lyme Park to return to the car.