Posted on September 30, 2012 by Sabena Blackbird

On Saturday, 29th, I led a short foray at Ainsdale Sand Dunes Reserve for the public, on behalf of Peter Gahan, the Reserve Manager. Fortunately, the sun shone.

We managed to identify over thirty of the more common species.

I also came across a couple of more unusual species.

The first was Inocybe serotina, a sand dune specialist. It is rarely reported but this may be because it is usually buried deep into the substrate and not many people foray on sand dunes. 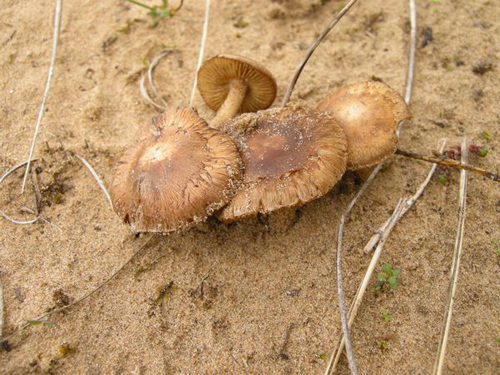 The second was Cordyceps ophioglossoides (Snaketonge Truffleclub). Related to the species that grow on moth pupae, this is a parasite of an Elaphomyces (False Truffle). The particular area once hosted lots of these but they disappeared about three years ago. It was nice to see it had returned. It is possible to dig the truffle up, it is not edible, but we left it for future discovery. 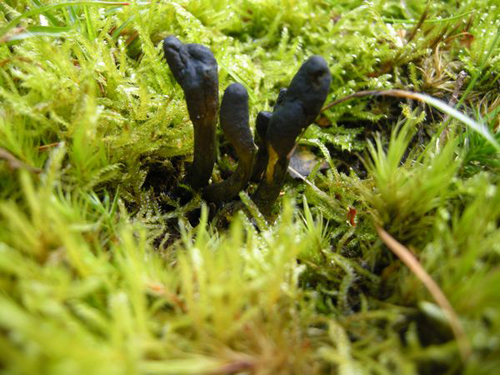