On a cool, overcast, autumnal morning we took the no. 1 Chester bus to New Chester Road opposite Christ the King church, then headed down the footpath into Eastham Woods. We didnt see any ground fungi but the recent winds had blown down some ripening sweet chestnuts. 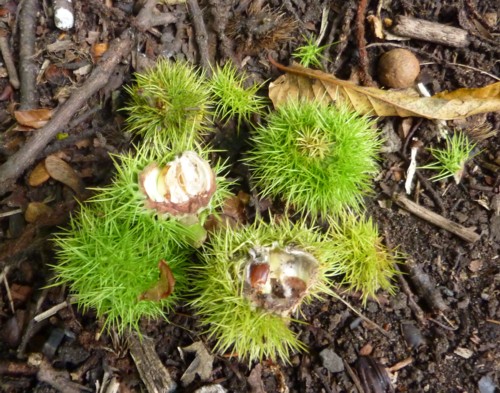 On an old tree were some plump brown and white bracket fungi whose copious spores were dropping down to make the tree bark look red and rusty. Later identified as the perennial Artist’s Fungus, Ganoderma applanatum. Apparently the white underside can be scratched with a sharp point to leave brown marks and thus create pictures. 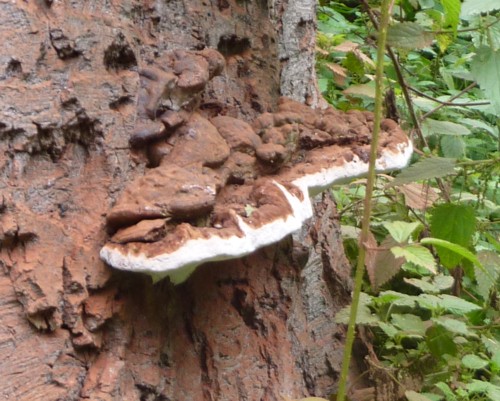 A pile of old logs had a crop of white bracket fungi sprouting from the cut ends. Since they were mostly white they were probably not the common Turkey Tail, and may have been Beech Bracket Pseudotrametes gibbosa. 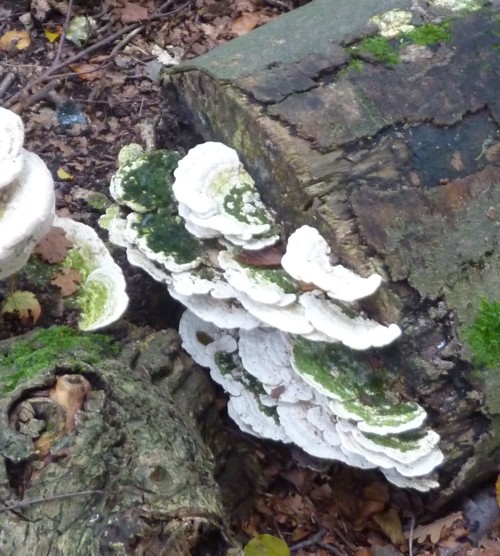 Much of the wood is devoid of ground cover, but there is one place where they are trying to rectify that. There is a fenced-off area called “Bill’s Glade”, the place where the chainsaw sculptor Bill Welch used to work, before his death in 2008. Groups of volunteers have cut down the tallest trees to let sunlight reach the ground and planted Hazel, Rowan, Yew, Dogwood, Bramble, Holly, ferns, Foxgloves and other woodland wildflowers. It will be interesting to watch it develop. 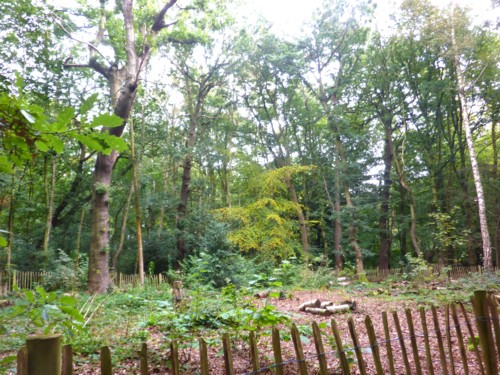 At the bird feeding area at the back of the Visitors’ Centre we saw Blue Tits, Great Tits, a Coal Tit, Chaffinches, Dunnock, and two Nuthatches coming in from opposite directions, who didn’t want to be friends  one left the feeder as soon as the other arrived. A Grey Squirrel sat on a convenient tree stump and carefully studied the biggest feeder, but eventually decided he couldn’t get past the baffle. 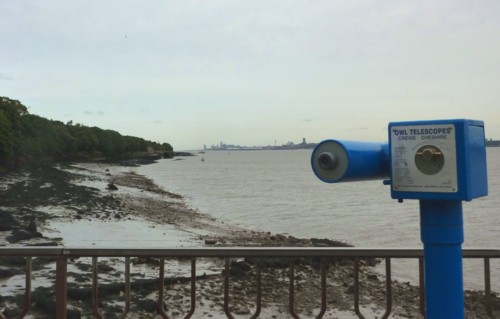 Down by Eastham Ferry, we got the brunt of the blustery east wind and we regretted not bringing woolly hats and gloves. There was a great view over to Liverpool city centre, though. The tide was well out, exposing the big sandbank in the middle of the river. On it were a murder of crows, lots of Black-headed Gulls and a Heron fishing in the shallows. Two more Herons flew low over the water, beating their way upriver. Along the fences were several bushes of wild clematis, gone to seed, known as Old Man’s Beard or Traveller’s Joy. 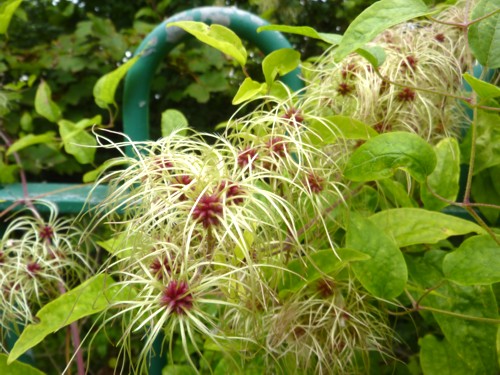 As we made our way back to the bus we saw a Buzzard hanging motionless on the wind. There was one late Swallow over the playing fields and some BHGs on the grass, with one or two Common Gulls. Then a mixed flock of Pied Wagtails, Goldfinches and Meadow Pipits dropped in and started hunting through the turf.