We had planned to go to Burscough, but the 12A bus we were expecting at Ormskirk failed to appear, so we went to the park instead. 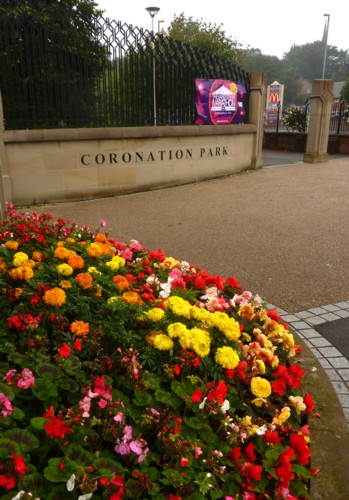 The weather started out overcast and sultry, drizzled a little as we arrived at the park, but brightened up later.  While we ate our lunches in Coronation Park we were joined by a cheeky Black-headed Gull, who squawked and begged. It wasn’t a juvenile from this year, but John spotted that it had pink legs, not bright red ones, so it was probably a year-old bird. 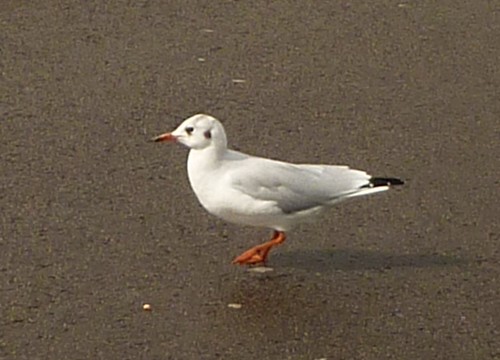 There were very few birds in the park  a few Wood Pigeons, some young Swallows over the field and lots of twittering Starlings, but nothing else apart from the ducks on the lake. They have a sign up about not throwing them unsuitable food, and it seems to have worked. When Bill dug out his final stash of duck pellets, they all loved it. 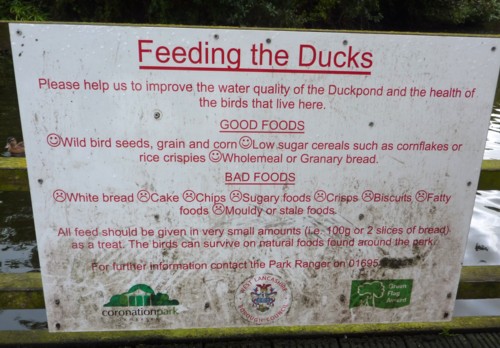 There were the usual Mallards. Two were completely white. Some of the drakes have finished their moult and have come into their full winter / breeding plumage. There was one young Moorhen, couple of young Coots and one Canada Goose. Not a great park for birdlife. 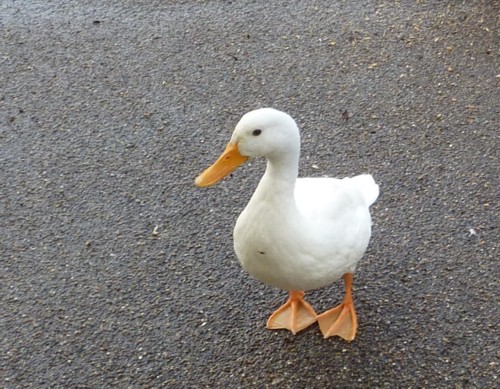 After we had tried out the exercise equipment and noticed that the Brambles had ripening berries and a second crop of flower buds, we went to the church, which famously has both a tower and spire. 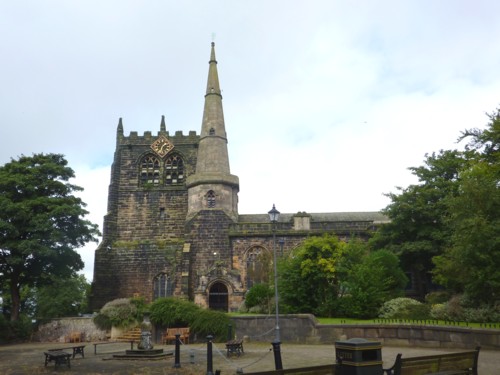 On the way back to the bus we noticed that the street benches have a tower and a spire as well!  Full marks to that designer. 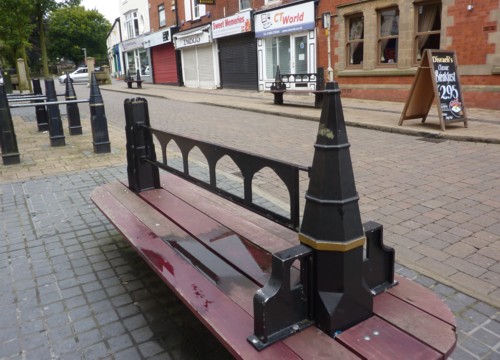