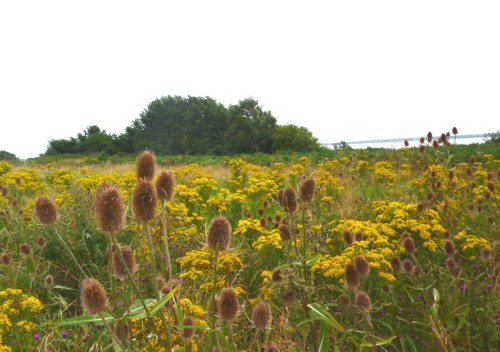 It was an overcast, muggy day, with a few spots of rain. We took the 80A bus to Banks Road / Garston Park and made our way through the Speke and Garston Coastal Reserve down to the shore path. On the mud were lots of Knot, some Redshanks, Oystercatchers, Lesser Black-backed Gulls, a few Curlews, Lapwings, a small horde of Ringed Plovers (perhaps 50-100) and one Greater Black-backed Gull. A small party of young Swallows flew south and some Goldfinches passed through. One Cormorant was sitting on a tall pole, silhouetted against the grey river. (Tracey Emin was paid megabucks for a sculpture just like this!) 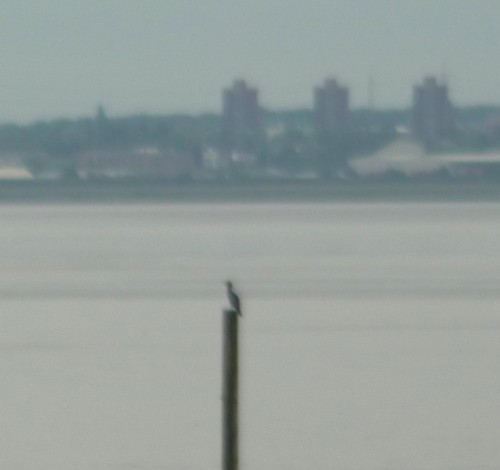 We walked southwards along the shore path between wild edges of Bracken, Reeds, Bindweed, Nettle and Rose Bay Willowherb. There are very few Cinnabar Moth caterpillars on the Ragwort this year, so it’s blooming beautifully. Spear Thistle, Wild Mint, Common Bistort, Teasels, and Yarrow with some pinkish flowers caused (according to my book) by cross-pollination from garden cultivars. 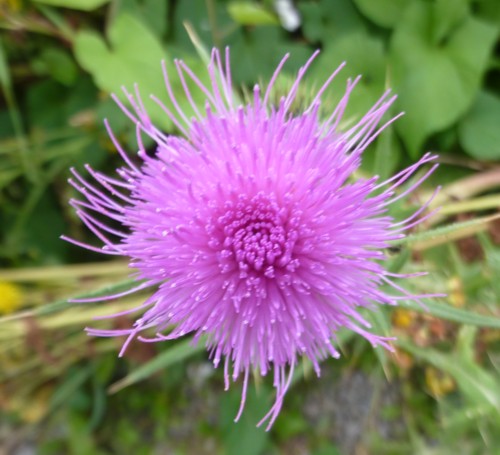 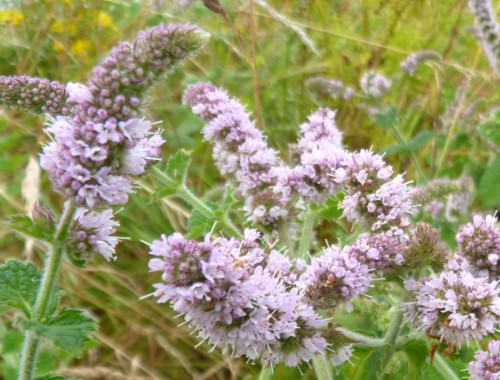 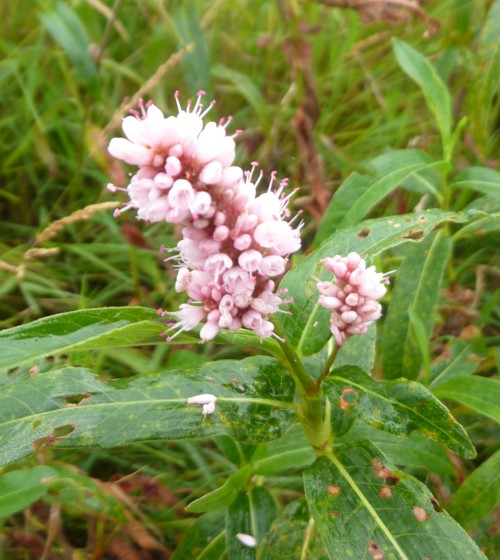 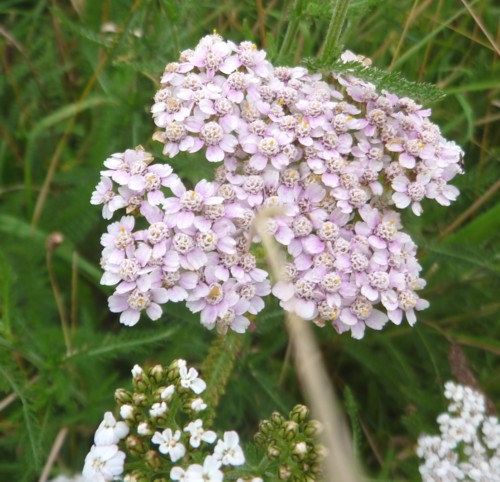 The only butterflies we saw were one each of Gatekeeper and Meadow Brown. 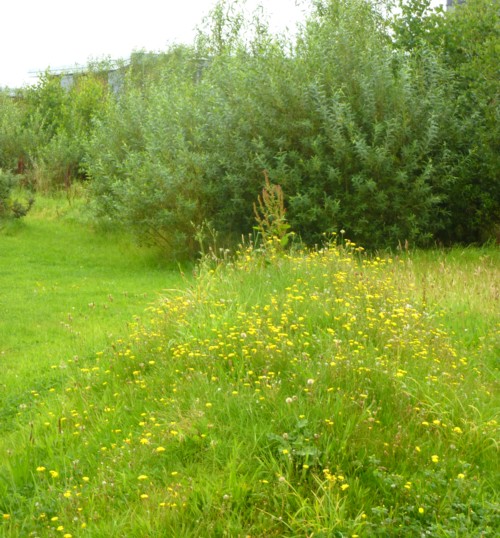 In a small park near the B & M warehouse there is a path leading back to the old airport building. When they landscaped it the men with the diggers had fun making rows of mounds on either side of the path, and now it looks like a processional way lined with the burial mounds of ancient kings. Some flowers prefer the drier conditions on top, so some of the mounds are capped with gold. At the back end there is an area like an amphitheatre with four mounds arranged like a star. 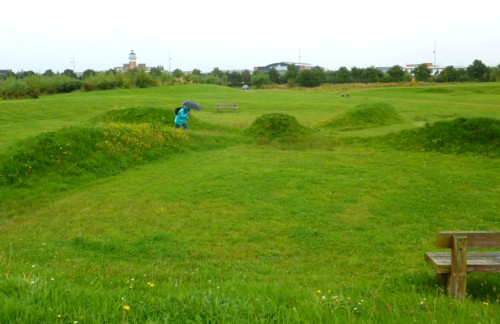 We tried to get into Speke Hall by the back way but the gates were welded shut. Someone has decided that all visitors will come in through the turnstiles!  It was drizzling then, so we headed back to town. On the way back we admired the rows of mature trees along Brodie Avenue which were just starting to turn red with autumn. Were they planted after City Engineer Brodie died in 1934 or are they younger than that? There were once tram tracks down the middle of Brodie Avenue so perhaps the trees weren’t planted until the tram tracks were taken up (in the 1950s?).