From Hall Road station we walked along Hall Road East, admiring the houses and gardens. The Rowan berries are red now and the blackberries are ripening. At the junction of Manor Road a narrow path leads through nettles and brambles into the fields around Little Crosby.  It was cooler, overcast and breezy, but we expected it to be sunny later. 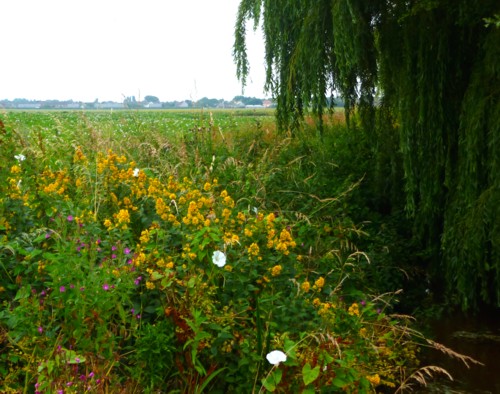 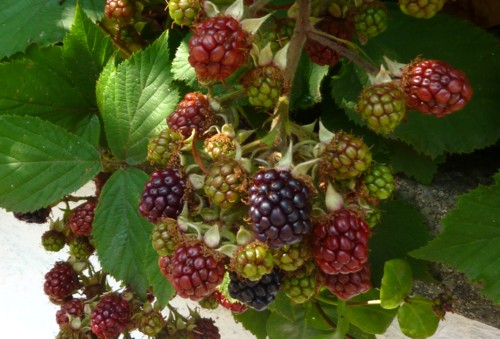 We took the left-hand path towards Sniggery Wood, crossed the footbridge over the ditch and entered the wood. It’s quite narrow, with light coming in on either side, but silent and without much wildlife. There were some bird boxes up, and I saw a Robin earlier in the week, but nothing today. The wood is apparently the haunt of groups of anti-social lads who camp and drink. We emerged onto the path to return to Dibb Lane, and spoke to a dog walker who said there is a regular Barn Owl over the fields and that he had seen Weasels playing on Ackers Lane. 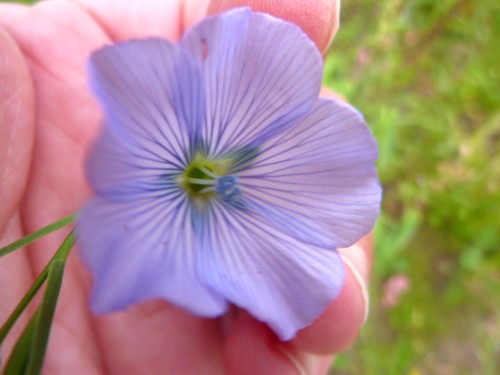 On the south-west side of the path was a meadow with sparse wheat and wildflowers, including a lovely blue one which may have been Perennial Flax. The field of Oil-seed Rape had recently been harvested, while the potato field to the south was in flower. The only birds were two Lapwings and a Wood Pigeon. The rain started then, and just as we got to Little Crosby Village there was a heavy downpour, so we dived into the Wellbarn and through an open door into the office of a small aromatherapy business called Carribean Essentials.

We had a damp lunch in the churchyard then walked up Delph Road where there are two big buddleias. Earlier in the week I’d seen a Peacock and a Comma, but there was only a Green-veined white today. On the lawn at the back of The Courtyard restaurant  we saw a Blackbird and a Robin. 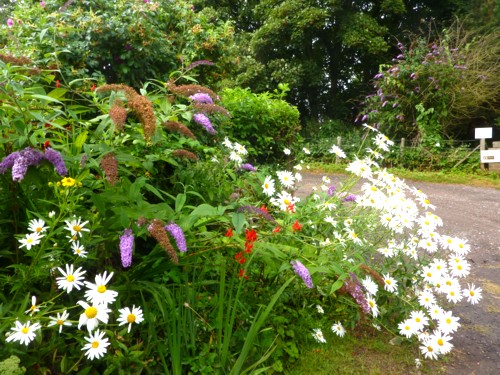 Then the sun came out as we made our way back along Dibb Lane. The long hedge was full of Wild Roses and ripening Rose Hips. About a dozen white butterflies and a Meadow Brown emerged into the sunshine. The young Swallows were out too. Along the path leading to Sniggery Wood a Magpie was stalking slowly, hunting for something. Then a Moorhen passed us in heavy flight, long legs dangling, heading for splashdown in the ditch. 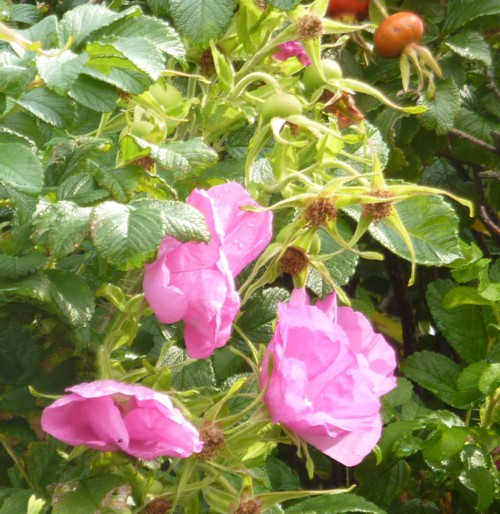 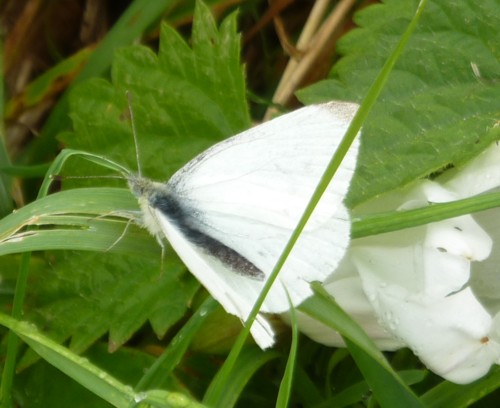 At home, the first Peacock of the year was feeding on my own Buddleia.