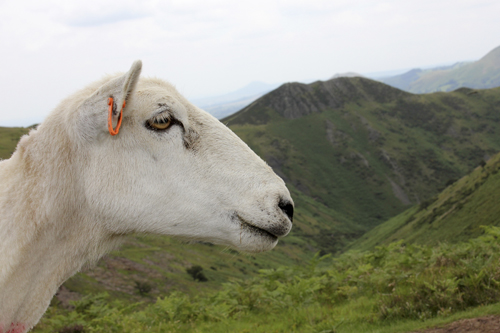 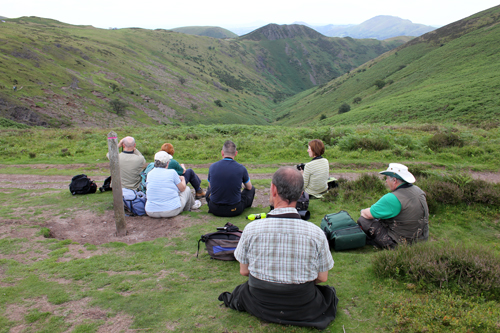 Eventually we all safely reached the moorland above and were joined by a rather friendly Sheep that bleeted in hope of a few scraps whilst we ate lunch – its mates dung attracted the inevitable Yellow Dung Fly Scatophaga stercoraria. A noticeable passage of Meadow Pipits, Whinchat, two male Stonechat, Northern Wheatear, two unusually silent Ravens gliding close overhead were joined by some spectacular raptors  Common Buzzard, Peregrine, Hobby  looking Swift-like and agile, swooping to catch Dragonflies and one particular feisty individual having a go at two Kestrels that dared to be in its patch. Some of the group decided to return on the path down Ashes Hollow towards Little Stretton  it turned out to be rather precarious in places and what had been mere streams in the recce had swollen into mini-rivers with recent rains. The remainder of the group tromped across the moor spotting a Ichneumon Wasp, a few Dark Green Fritillary Argynnis aglaja and various Moths including Bordered Straw Heliothis peltigera, Spinach Eulithis mellinata and Bilberry Tortrix Pasiphila debiliata. Chris Derri caught a number of Micromoths that he later identified as Scoparia pallida, Scoparia pyralella, Donacuala forficella and Ancylis unguicella. We reached a small copse of trees which held Redstarts including some juveniles, Chiffchaff, Goldcrest, Wren, Chaffinch, Goldfinch and a Buzzard feather. 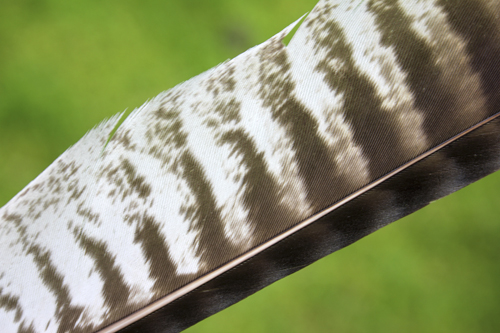 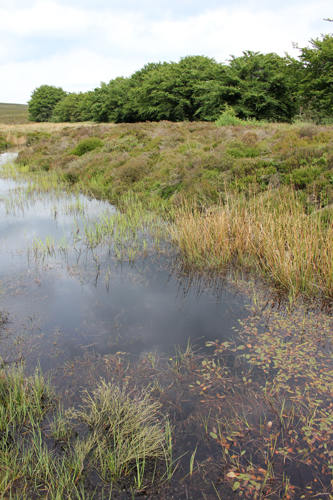 A couple of locals with a dog directed us onto another track that also returned to Little Stretton via a fantastic route that provided great views across the moors to various peaks and ridges. 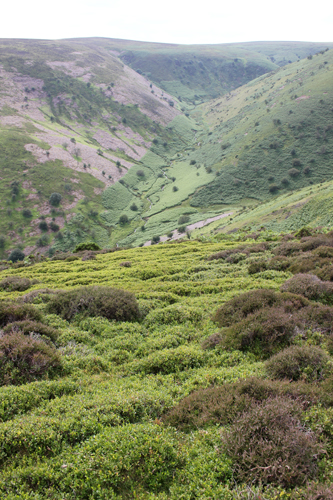 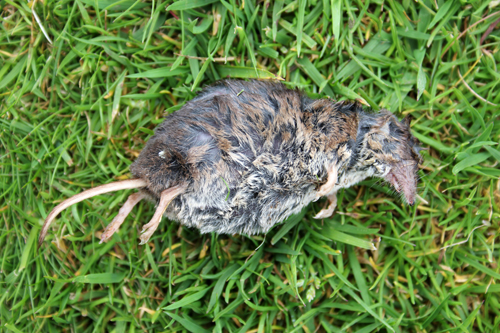 On reaching the picturesque village of Little Stretton we found to our dismay that the Ragleth Arms  country pub complete with obligatory hanging baskets and union jack bunting – was closed! Thankfully our driver kindly drove us back along to Church Stretton to the Kings Arms where we indulged in a pint or two before the journey back to Liverpool. 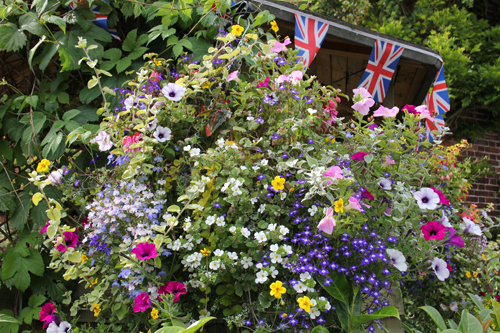