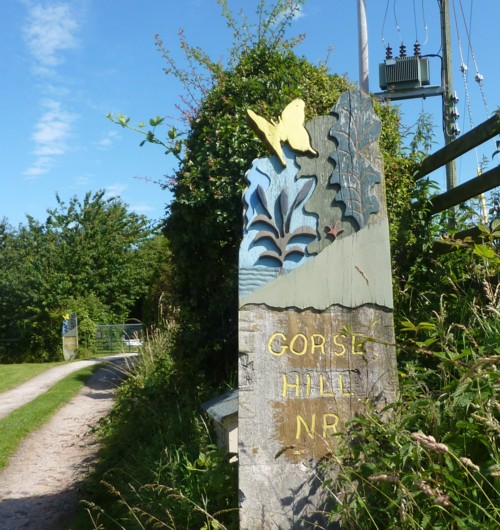 Off to Gorse Hill Nature Reserve, near Ormskirk, on a hot and sunny day. We took the train to Aughton Park, the stop before Ormskirk, and headed for Aughton Church. Just opposite, a footpath leads up through barley fields to the reservoir. House Sparrows were tweeting in the shrubbery opposite the church, a few young Swallows swooped above, and we were interested to see a large number of Banded Snails clustering on dried umbellifer stalks. 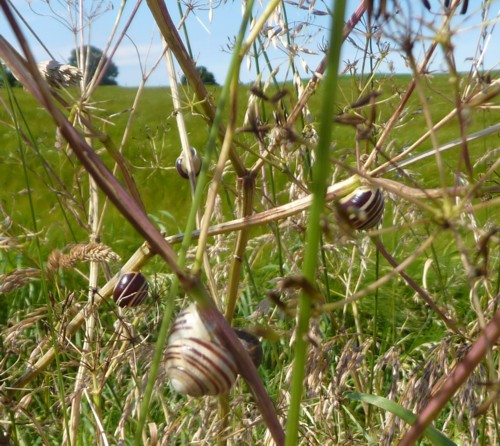 The gate to the reservoir was secured with an amazing set of 10 padlocks. 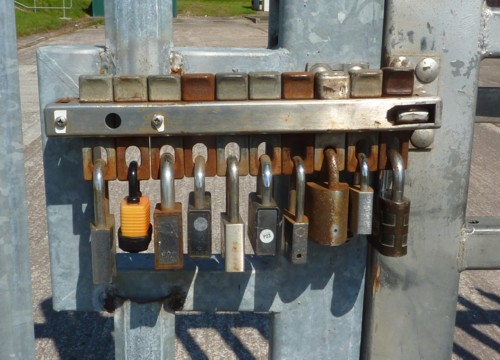 Further along we went through a field of very confident and inquisitive black ponies. One tried to get into Olive’s backpack, one gave Sheena a “friendly” nip on the arm and two clustered around the stile, making it hard to get over the stile and away from them!  But then we were in amongst the farmer’s fields. One was growing two types of Kale, the normal green curly variety, and the taller and darker Black Tuscan kale. We saw ripening fields of all three main grains  wheat, oats and barley, the barley catching the sun and looking as if it was made of bronze. 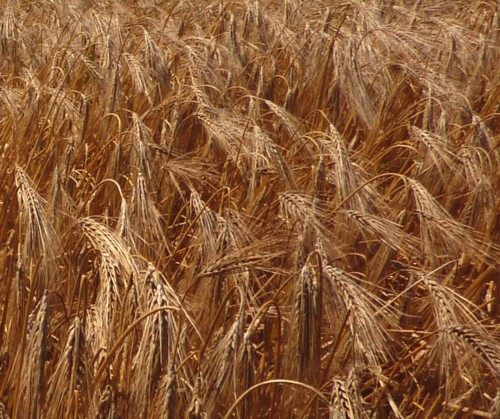 We had lunch on a verge near the top of Gaw’s Hill. Although only 81 meters (265 feet) high, the Lancashire Plain is otherwise so flat that we could see Blackpool Tower and the funfair ride called The Big One on the horizon. Butterflies were scarce. We saw just one Painted Lady and a couple of Meadow Browns. Back in the woodlands we heard Greenfinch singing, a few young Great Tits cheeped in the bushes and, our best bird of the day, a Yellowhammer which was calling, then seen perched on a wire. 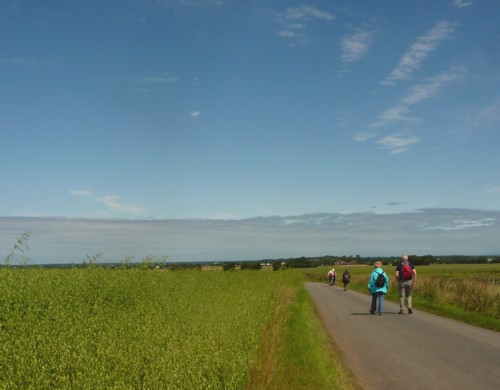