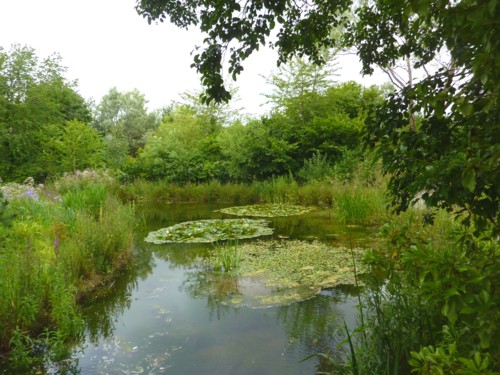 Although it was raining a bit when we set out, and overcast and blustery most of the day, happily the rain held off while we were in the new Festival Garden. The developers have done a splendid job of restoring the Japanese garden and the Chinese Pavilion. All the young trees planted in 1984 have now matured, and there are woodland walks which make the park seem much bigger than it really is. Most of the ornamental planting is with wildflowers, both as meadows and verges. 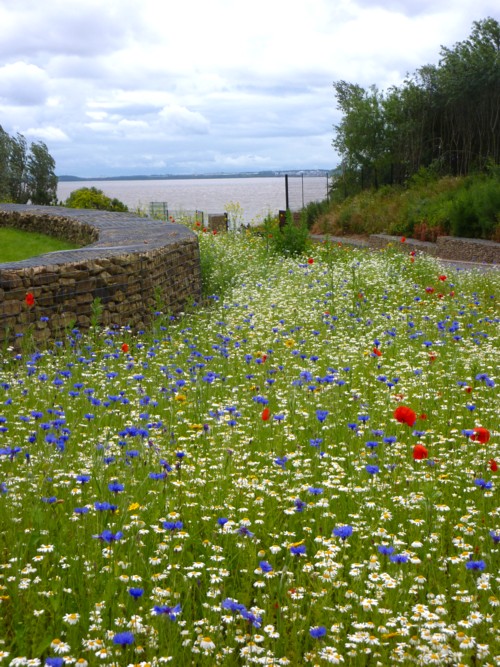 Even though the gardens had only been open for a few days, there were some signs of vandalism already, and lots of temporary signs on blackboards. “Do not throw stones” by the lake, and “The water is for wildlife  please keep out of the water” by the Cascade. A coot has nested on rocks right in front of the Chinese pavilion, so perhaps the stone-throwing had been directed at her. 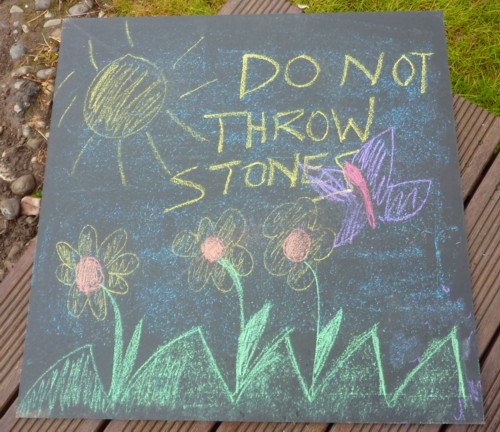 The ponds had plenty of life, which had probably done well during the 28 wilderness years. There were Whirligig beetles, Water Boatmen and a newt in one pond. It didn’t seem to be sporting any exciting crests or frills so it was probably just a Common Newt. We also spotted a Blue-tailed damsel fly. In another pond, fringed by lots of sedge and weed, was a mother Mallard with nine happy babies. It looked like duckling heaven  no big fish, and no Herons have found them yet. 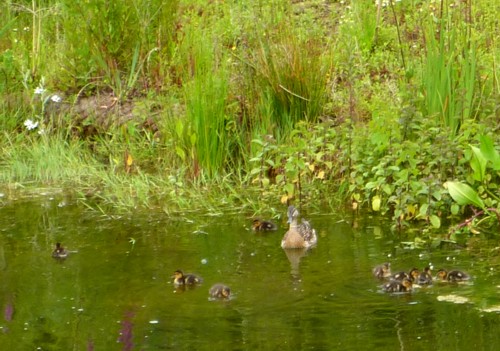 We didnt see many other birds, which have probably all been scared off by the building works, but we heard Greenfinch and Chiffchaff in the woods. At the highest point of the woodland walk the trees open out and there are grand views over the Mersey to the old New Ferry Tip (which will be a nature reserve in a year or two) and Eastham Woods. 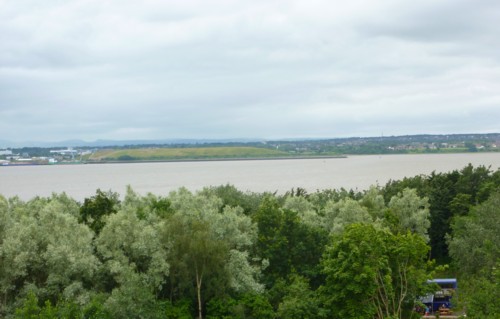 The borders were drifts of blue, mostly some kind of Bell flower. It wasn’t Giant Bellflower, so it might have been Greater Bellflower or possibly a garden variety. There were also large clumps of Lamb’s Ears, which were magnets for Buff-tailed Bumble bees and Red-tailed Bumble bees. 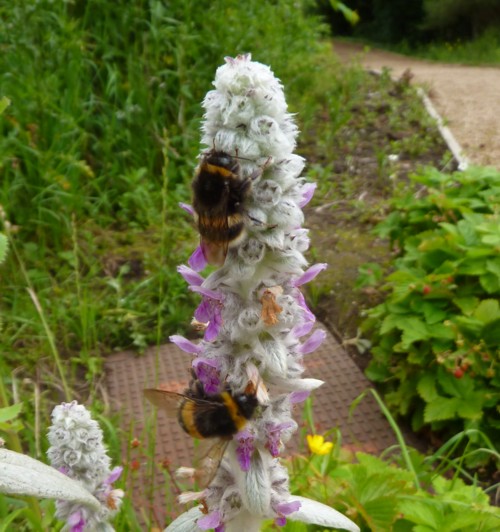 Skulking amongst  the Bellflower and Lamb’s Ear was a little yellow flower, later identified as Yellow-wort. My flower book says it is widespread but not common, and is often found on dunes. Has it been there since before the Garden Festival in 1984, did it survive into the original garden, flourish when it went wild, then come up again? Who knows. 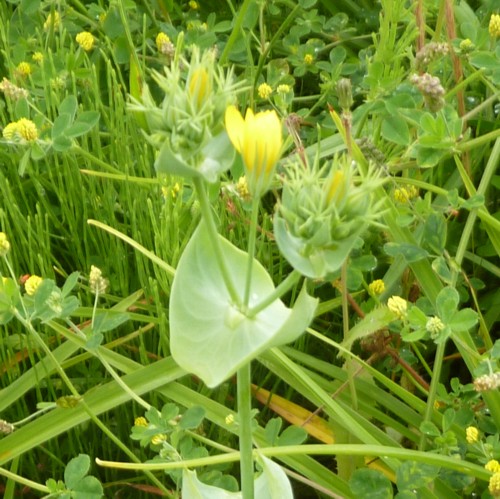 One plant which caught our attention had big leaves and a tall square stem, and looked as if it was going to be topped off with something spectacular, but the actual flower was a small odd-looking red thing. Later identifed as Common Figwort. 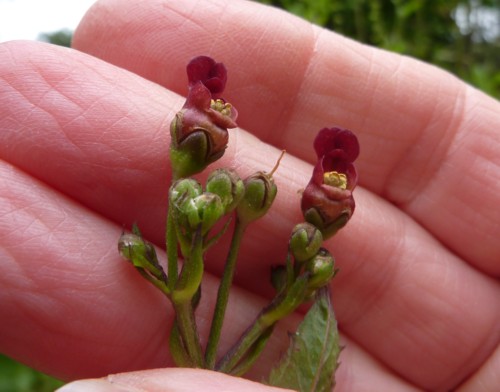 Another strange survival from the wild period was the tall blue spike of a very poisonous plant variously called Monk’s Hood, Aconite or Wolf’s Bane. It was in the woods, on a corner of two paths. All the plants around it were dead, and so were the lower leaves of the plant itself. The gardeners must have spotted it and given it a blast of herbicide, but the tall flower spike was still in bloom. 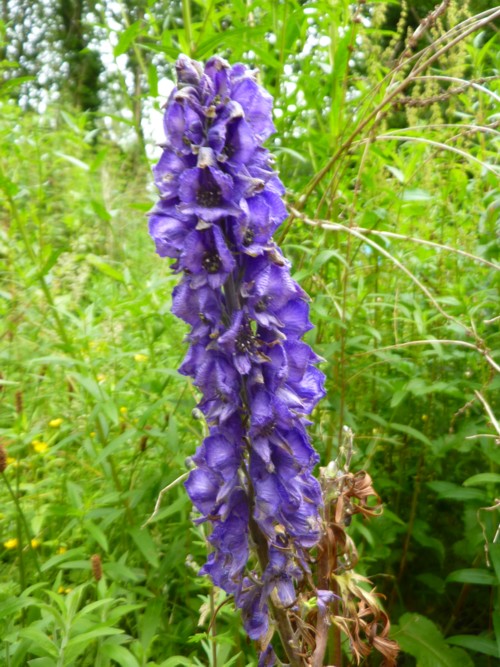 After we left the garden we walked southwards along the prom and the sun came out at last. There were 100+ Lesser Black-backed gulls on a sandbank in the middle of the Mersey.