We’ve never been here before, onto land managed by the Forestry Commission and called Broom’s Cross, part of the Mersey Forest. We took the bus to the Aldi Supermarket in Thornton, then walked through the houses to the junction of Lydiate Lane and Rothwell’s Lane, just to the north of Thornton cemetery.  A short way along Rothwell’s Lane are the young forestry plantations and open fields between Thornton and Lunt. 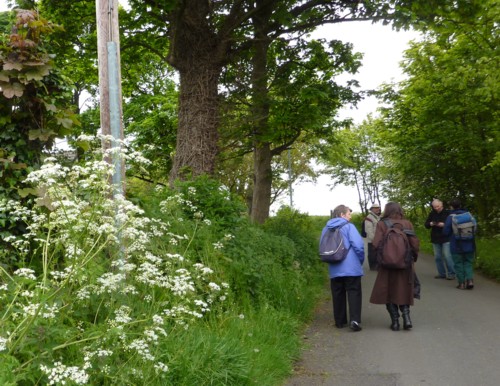 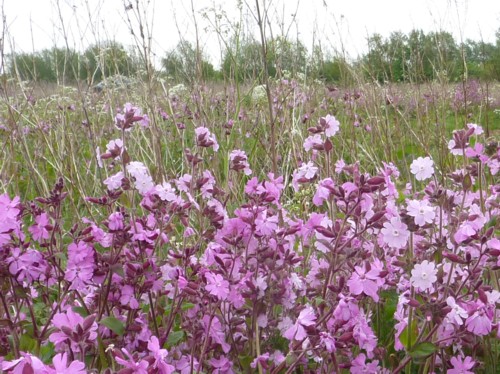 A Pied Wagtail was sitting on a wire (unusual  they are most often seen on the ground or on roofs), there were Swallows, House Martins and Swifts over the fields, Chiffchaffs and Greenfinch were calling, we saw a Whitethroat in the taller trees and a Buzzard wheeling above the spire of Sefton Church. There was a Song Thrush on the edge of the cemetery, we flushed a Grey Partridge, which clapped its wings right over our heads, and on the edge of a Rape field we saw our best bird of the day, a Corn Bunting. 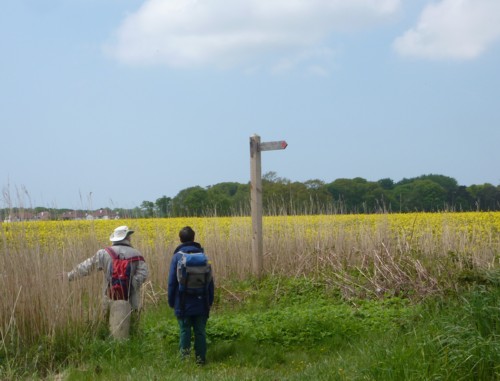 It had been overcast all morning, but the sun came out while we had our lunches, and we soon started peeling off our extra layers. It wasn’t hot by any means, perhaps only in the early sixties, but warm enough to bring out the butterflies. Large White, a pair of Orange Tips, and several Peacocks, one of which must have had an unfortunate encounter with a bird, because some of its second “eye” was missing. 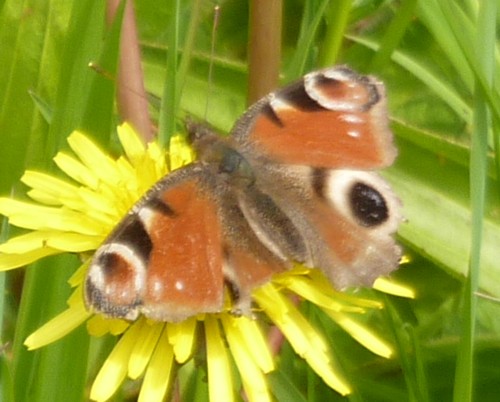 We were very happy to see stern notices from the Forestry Commission saying “Help us! Report illegal motor bikers and drivers. Motorbike, quad and 4 x 4 use is an offence”, and giving the phone number of Merseyside Police. But we saw several young trees that had been vandalised. 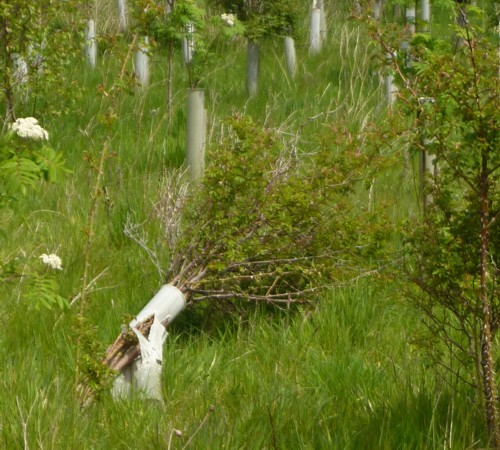 We emerged on the south side of Thornton cemetery. I recommend this walk, which can only get better as the young trees mature.