It was warmer today (but only about 4 degrees) and with thick cloud cover. The tide was coming in as we walked all around the causeway of West Kirby Marine Lake. 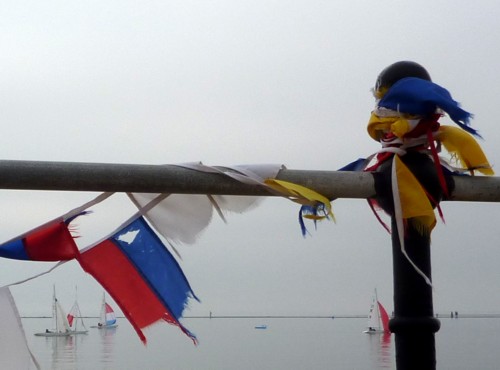 A few of the Black-headed Gulls had nearly finished growing their dark brown caps, and there were Herring Gulls, Curlew, Redshank, Oystercatchers, a Heron, several hundred Knot, dozens of Dunlin and one Turnstone. 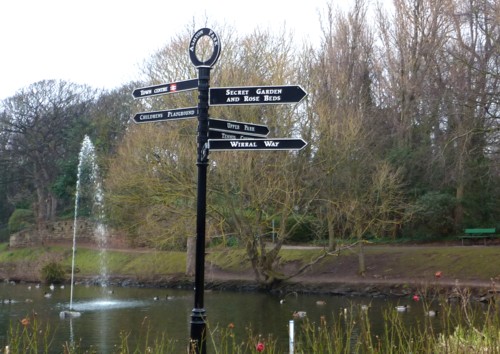 After lunch we went into Ashton Park and tried the Duck and Swan food again. The Coots, Mallards and Canada Geese all ate it happily. Further out on the lake were Tufted Ducks, who didnt come to investigate the free handout.  There are several new wood sculptures in the park, and we liked this one of a Green Man. 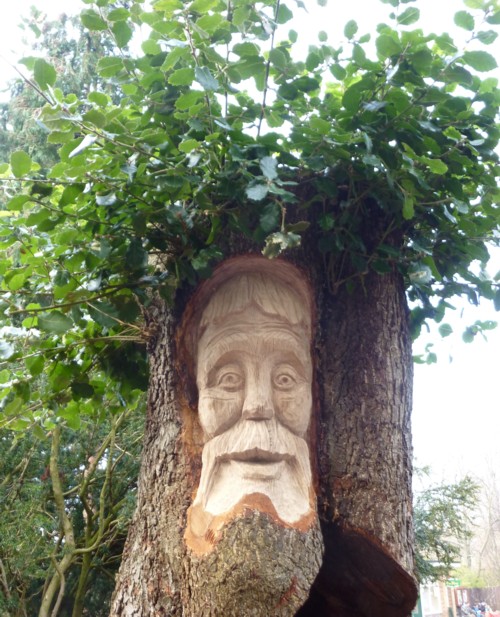 In the park and along the Wirral Way we saw Carrion Crown, Magpies, Wood Pigeons, a Robin, Great and Blue Tits, and our first snowdrops. We cut through Sandlea Park to the waterfront again and spotted a “lifer” for me  a flock of Pale-bellied Brent Geese, about 200 of them, in the Spartina marsh between West Kirby and Red Rocks. As we watched they took off and headed towards Little Eye. Apparently they usually stay at Little Eye but the unusually high tide must have tempted them over to the marsh.