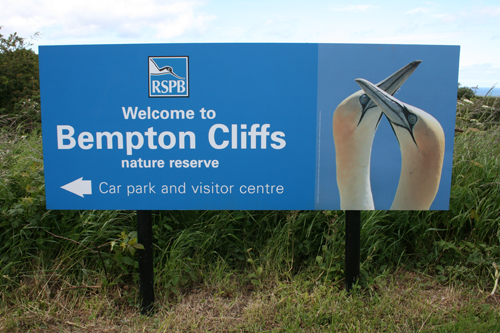 23 MNA members joined the coach for our visit to the RSPB reserve at Bempton Cliffs in East Yorkshire. Looking back at my records it is five years since we had visited the reserve so there were a lot of expectant members wishing to experience the thrill of a major seabird nesting colony in the midst of the breeding season. On arriving at 12:30pm after a long drive I immediately headed down to the viewpoint known as Staple Newk which has fine views over a sea stack with nesting Gannets. 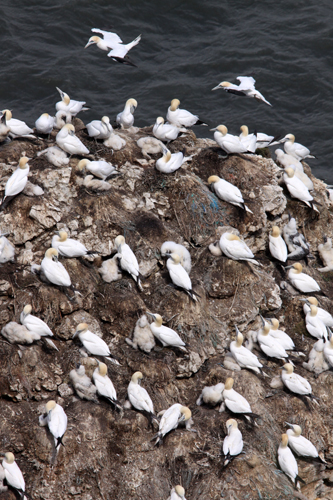 There are around 6,000 pairs that nest on the chalk cliffs and Bempton has long been famed as having the only mainland nesting colony of Gannets in the UK. These huge birds seemed ungainly as they bunched together on their nests protecting their fluffy chicks from the beaks of their close nesting neighbours. It was in the air that they came into their own. It was breezy to say the least but these birds appeared graceful as they glided by with outstretched wings occasionally maneuvering with their tails and exhibiting some precision timing back flapping as they approached the cliff to land. A few Gannets did land at the top of the cliff and through the thick cliff top summer flowers and grasses you could see them collecting beakfuls of vegetation to take back to their nests to keep things looking ship-shape for Mrs Gannet. 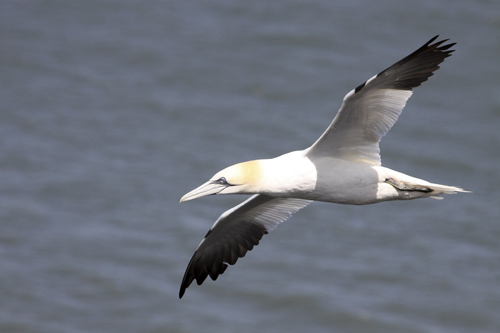 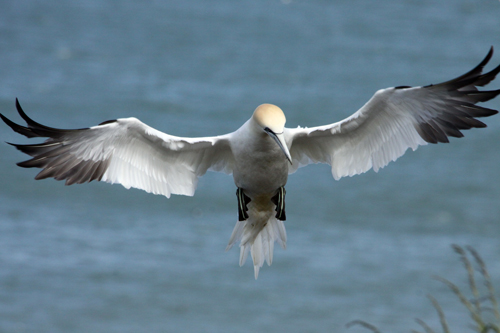 I slowly ambled back along the cliff path (mainly due to the weight of the tripod and new 500mm lens I was carrying) taking in the sights and smells of the seabird colony. There were a number of other viewpoints overlooking the cliffs and all the visitors were commenting on the comings and goings of the other nesting species. 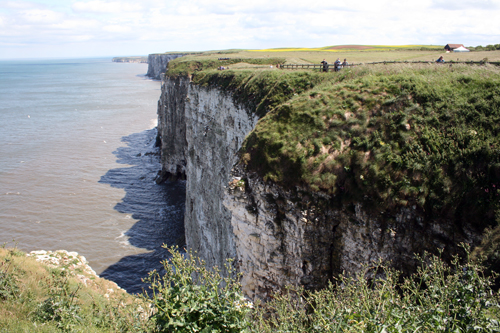 Around 38,000 pairs of Kittiwakes are packed onto the cliffs. There was a real cacophony of sound with their kitt-e-waak  kitt e-wakk call being blasted from the cliffs and circling birds coming into land. Many of the nests held recently hatched fluffy white chicks and I watched one of the hungry chicks feeding greedily. Around 60,000 Guillemots were nesting side by side on the narrow ledges. Their eggs are pear-shaped so that they roll in circles rather than off the cliff ledge. I spotted a few bridled Guillemots amongst the colony. These are exactly the same species but have a white bridle mask around their eyes. They become more common in colonies further north in the UK. There is a stable population of 5,000 nesting pairs of Razorbills. Like many of the nesting seabirds they mainly eat fish, like sandeels. 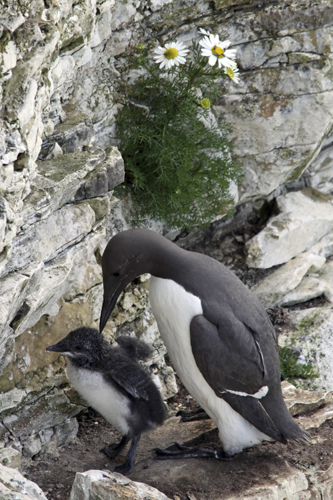 A favourite that many visitors were enthusing over were the Puffins. Bempton doesnt have any rabbits so their more usual nest site of disused rabbit burrows isnt available. Instead they lay a single egg in a crevice in the cliff rock face. Their dumpy little bodies and tiny wings are not designed for easy flight and you could hear the gasps from visitors as the Puffins appeared to plummet from the cliff edge before their tiny wings beating furiously took them out onto the water. 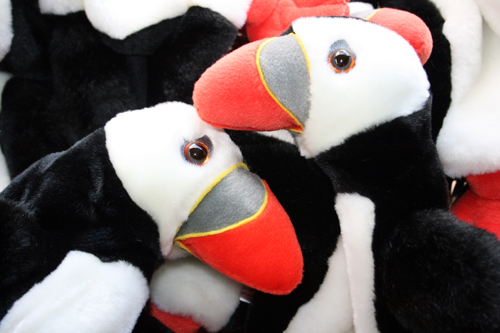 Other nesting seabirds included Herring Gulls and around 1,200 pairs of Fulmar. This stiff-winged ocean wanderer is a member of the Albatross or tube-nose family. Pairs often cackle to each other sounding like drunken witches and they will spit thick oily gastric juices at intruders. 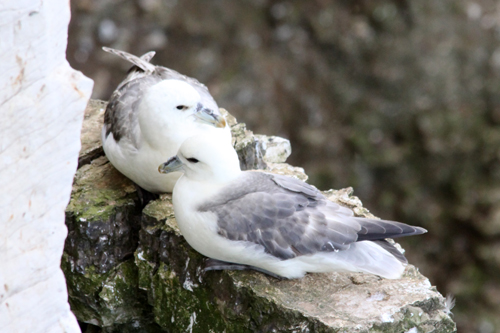 As I wandered along the cliff-path there were plenty of Swallows zipping around, Meadow Pipits and Skylarks battling with the wind performing display flights, Yellowhammers, Reed Bunting and a Corn Bunting performing its jangly-keys song. Rocks Doves were sat amongst the cliff-top flowers and Jackdaws were enjoying the breeze and could occasionally be seen pinning their wings back and plummeting almost like a Peregrine down the cliff face. 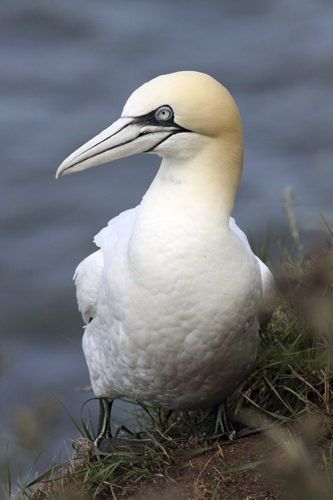 I stopped again at Jubilee Corner viewpoint trying to photograph Gannets in flight when one bird landed extremely close amongst the cliff-top grasses. It was the perfect end to the day and a last opportunity to appreciate these stunning birds with their snow white plumage, black wing tips, creamy-yellow heads, steel grey beaks with dark outlines and blue orbital rings. 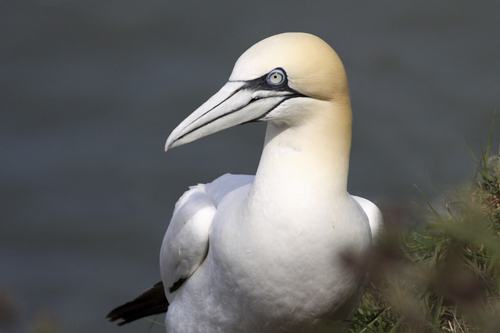