Two days before the official start of summer, and some of the trees think it’s autumn already! We’d got the 130 bus from Queen Square to Northern Perimeter Road and on the way we saw some Rowan trees with orangey berries. As we turned into Chapel Lane, we saw just a few Hawthorn bushes with their haws turning dark brown, nearly red. It’s a very funny spring!  It was quite hot when the sun came out but the rest of the time the breeze made us keep our jackets on.

Through the fields of rough grass, wheat and broad beans we saw Rooks, Swallows, Swifts, House Martins, Skylarks, Chaffinch, Greenfinch and Goldfinch. The Ground Elder was in flower and there were some thick patches of Scented Mayweed. We spotted a Small Tortoishell basking. 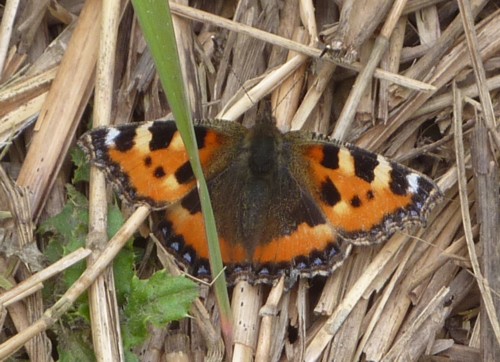 There had been a large hatch or emergence of 7-spot Ladybirds at the edge of the wheatfield, and I caught two of them mating. 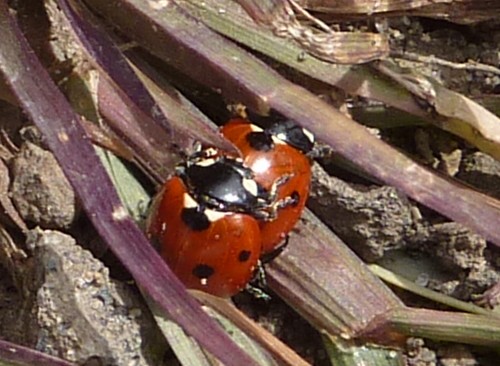 Near Sefton Church there are a lot of new houses being built, but it was quiet enough in the graveyard, where we had our lunch among the wild flowers. 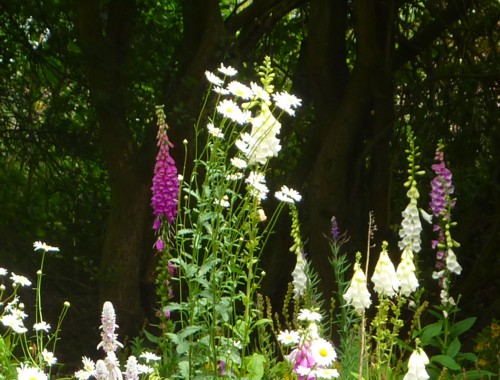 Nearby is the old St Helen’s Well, perhaps a holy place for millennia, pre-dating the church. The council have recently capped and railed it off, quite handsomely, and people are still tying votive offerings to the railings  plastic flowers nowadays. 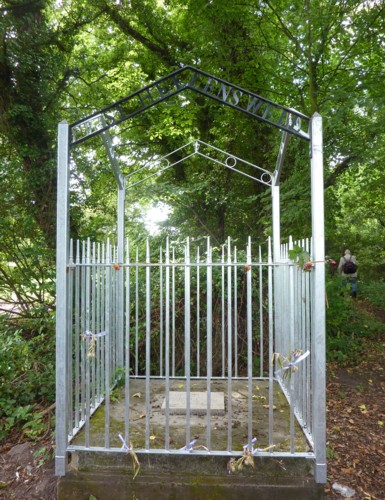 Near the Community Woodland around the River Alt there is an interesting wooden sculpture of a spider, but it only had six legs!. 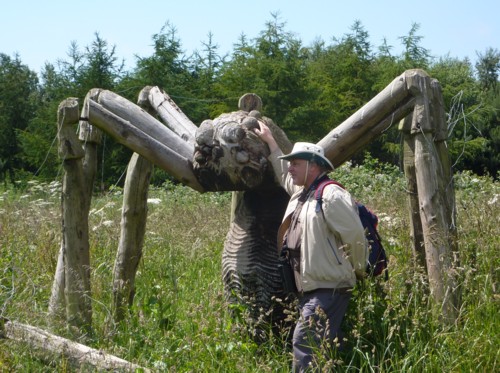 We saw a Thrush, heard a Chiffchaff, a Shelduck flew over and we saw our bird of the year so far  a Lesser Whitethroat. From the bridge we saw a Mallard with 8+ ducklings and in some reeds a Reed Bunting. Other butterflies were a second Small Tortoiseshell and a Speckled Wood. On the way back to Sefton Church there were masses of tall (six feet or more) white Umbellifers in the verges. Not Hogweed (we saw that as well), not Cow Parsley (too late). Could it have been Hemlock? It had spotted stems. 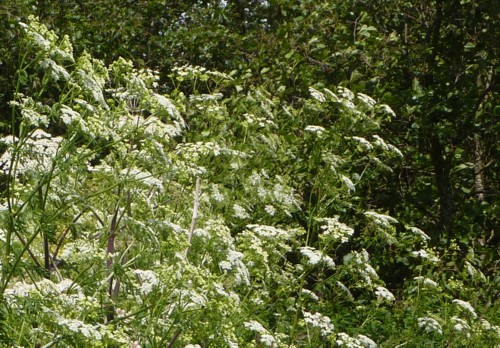 Other flowers were Hedge Woundwort, Evening Primrose just starting to bloom at the bottom of the flower spike, and the huge seed head of Goat’s Beard. 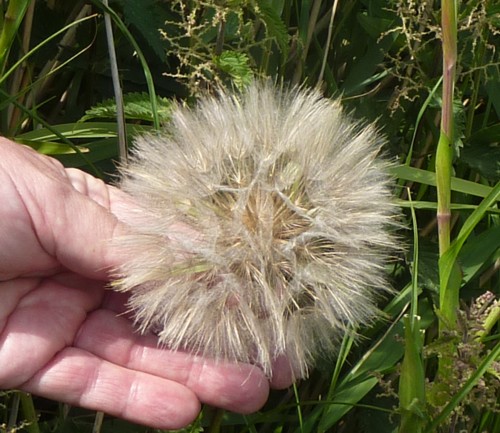 Back to Northern Perimeter Road via Brickwall Lane, and we got the 55 at 2.45 returning to the City Centre.