After a delayed depature leaving Liverpool the MNA coach eventually arrived around 11:30am at North Wales Wildlife Trust Reserve at The Spinnies. We wandered down the small lane that runs alongside the high stone wall of Penrhyn Estate. Gloriously sunny day with signs of Spring all around with a drumming Great Spotted Woodpecker, Willow Warblers, Chiffchaffs and Blackcap in song along with the usual Robins, Dunnocks, Chaffinches, Goldfinches and Tits. Much botanical interest with flowering Lesser Celandine Ranunculus ficaria, Dog’s Mercury Mercurialis perennis, Jack-By-The-Hedge Alliaria petiolata, Common Dog Violet Viola riviniana, the garden variety of  Yellow Archangel Lamiastrum galeobdolon, Ivy-leaved Speedwell Veronica hederifolia, Alexanders Smyrnium olusatrum, Ramsons Allium ursinum, Bluebell Hyacinthoides non-scripta just beginning to emerge and Lords And Ladies Arum maculatum the  pale green spathe or leaf-like hood was closed when we walked down but had opened up to show the purple spadix on our return along the lane. I was lucky and heard a movement in the vegetation beside the wall and caught a glimpse of a Bank Vole Myodes glareolus as it scurried into a hole in the wall. 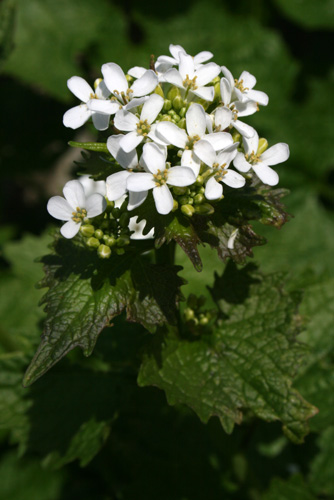 The tide was out in the Aber Ogwen and I took the opportunity to wander along to photograph the wooden groynes. I had a brief mooch around photographing some Knotted Wrack Ascophyllum nodosum with its egg-shaped bladders and a few encrusting Barnacles on a rock. They are Chthamalus montagui with a characteristic kite shaped aperture. 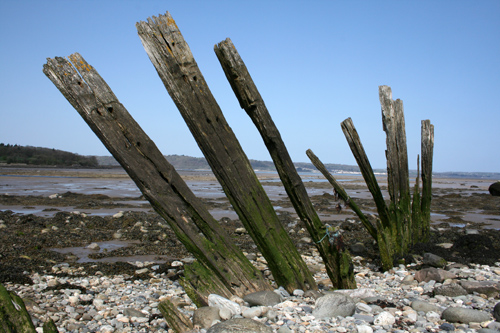 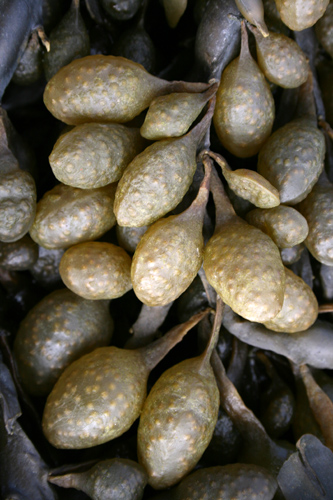 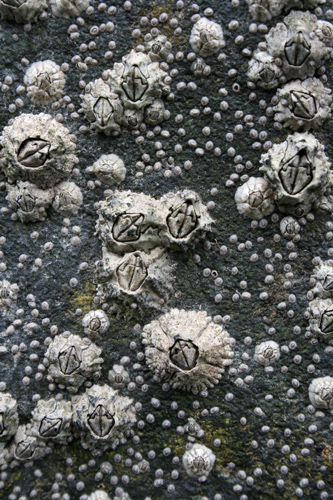 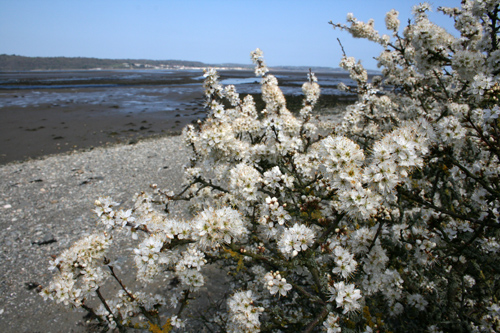 Birdlife included a Raven cronking as it flew overhead, a few Buzzards circling over woodland across the estuary, Shelduck far out on the mudflats, two Mute Swans and a few Mallards in the tidal creeks where a Goosander was also spotted plus a great gathering of Gulls in the distance. As we wandered back past the Spinnies reedbed a Sedge Warbler erupted into its scratchy song. A few Butterflies with Small Tortoiseshell, a Speckled Wood sunbathing amongst the ivy on the wall and a bright newly emerged Orange Tip.