After our visit to The Spinnies we retraced our route back along the A55 to Conwy RSPB reserve at Llandudno Junction. 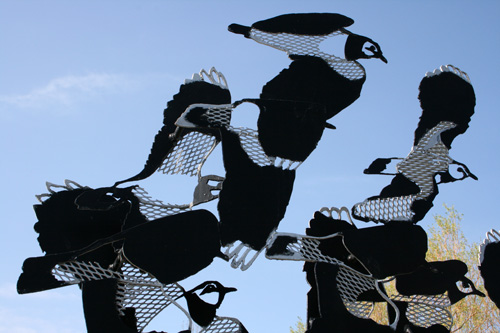 As always there was plenty of birdlife on the lagoons that could be viewed from the many hides on the circular route including Red-breasted Merganser 2males + 1 Female, Goldeneye 1 male, Wigeon, Tufties, Teal, a pair of Shoveler, A Little Egret, a few squabbling Mute Swans, loads of Canada Geese  one of which was missing an egg from its nest that had rolled down to the edge of a spit, plenty of Shelduck, displaying Lapwings and Black-headed, Herring and Lesser Black Backed Gulls. Overhead there was a Raven and Buzzards. More migrants with Sedgies in the reedbeds, Blackcaps, Willow Warbler and Chiffchaff. 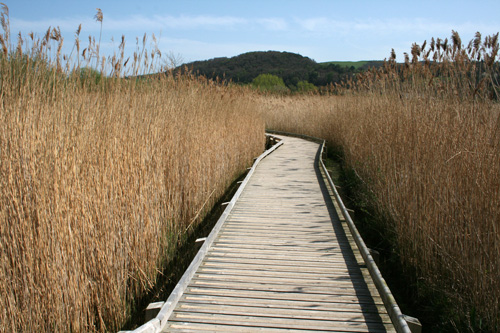 Out on the estuary mudflats Redshank, Curlew and Oystercatcher were silhouetted in the sun. Seven Grey Heron were stalking around the shallows, a few Cormorants were floating around occasionally diving and White Wagtails were picking at insects on the narrow stretch of saltmarsh. Mammals included both Stoat and Weasel. A few nice insects with Comma and Small Tortoiseshell butterflies, I saw a few Tawny Mining Bees Andrena fulva and Nomada Bees burrowing in the sand embankment close to one of the lagoon viewing screens and Pond-skaters were quick to move onto the newly developed ponds. I found some fine yellow rosettes of the Lichen Caloplaca thallincola 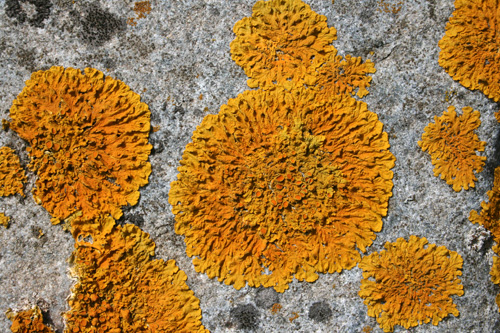 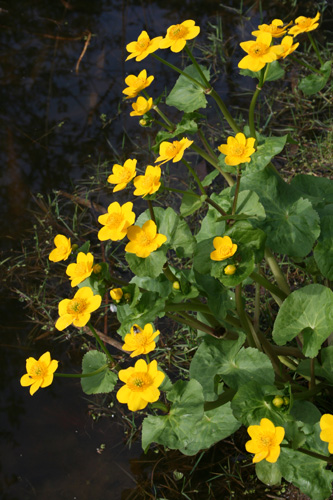 A number of Willow Trees Salix sp. were laden with male catkins whereas others held the spiky pistillate (female) flowers. 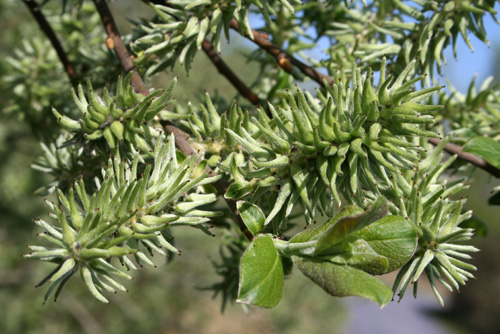 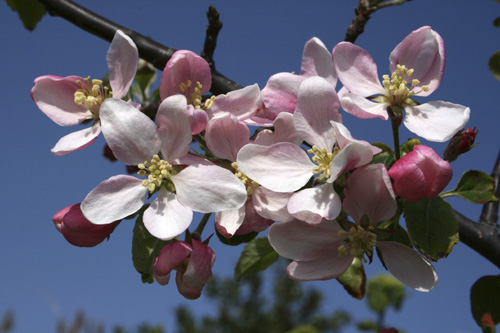 Pinky white Apple blossom was just beginning to appear on  some trees.

Whilst stuck in roadworks on the A55 at Penmaenhead we did a bit of birding and watched the Fulmars that were nesting on the cliffs and gliding by on their stiff wings.