Despite the change of clocks, we all made it to Central Station at 10am for the 10.15 Chester train to Bromborough Rake.

It was a still day with very low cloud and the woods would have been silent if it wasn’t for the wonderful and continuous birdsong. As soon as we started down the path we heard and saw three Jays squabbling overhead, but they were soon left behind and we were captivated by the calls and songs of Nuthatches, Great and Blue Tits, a Song Thrush, a Robin and three Great Spotted Woodpeckers.  Carpets of Wood Anemones and Lesser Celandine were just coming into bloom, but the flowers didn’t fully open until the sun shone on them later in the day. We noted that some of the Wood Anemones had pinkish flowers and that some had darker foliage than their neighbors. 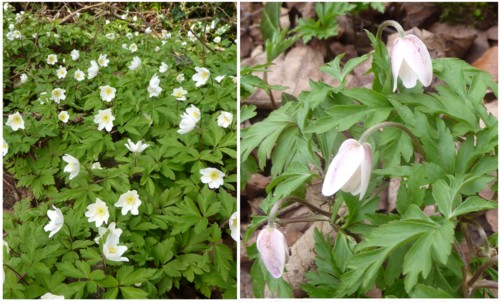 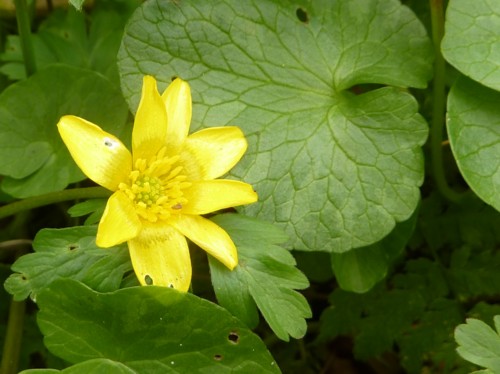 It was snowing Blackthorn petals in places, and we also saw Opposite-leaved Golden Saxifrage in the damper spots. 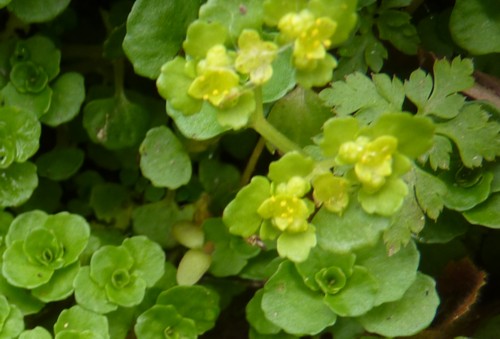 A few of the group caught a glimpse of a male Mandarin Duck in the river Dibbin, and near Boden’s Hey Meadow a Grey Heron was stalking through the marsh, so intent on frog-hunting it wasn’t alarmed by people passing by only fifty feet away. Its bill seemed to be pinkish, so perhaps it was an unwary juvenile. A Buff-tailed Bumblebee was buzzing over the flowers. During our lunch stop we saw Buzzards flying over the trees beyond the meadow, some Jackdaws in a tree, a Bullfinch, which appeared only briefly, and we heard our first Chaffinch singing.

Near the pond at the start of footpath 29 we saw a Treecreeper, then made our way over the unploughed path through a smooth harrowed field. The copses of stark bare trees reminded me of David Hockney’s recent woodland paintings. Near the far end there is a badger sett with holes in the bank, but we didn’t want to walk over to it for fear of disturbing the farmer’s perfect tilth. 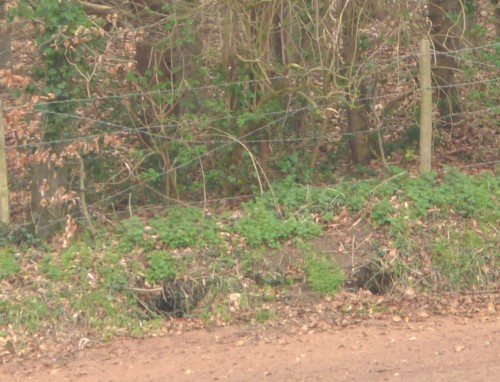 On the way to Otters Tunnel we passed a Crack Willow tree, which had not just cracked, but spectacularly collapsed!  Then the sun came out and it must have gone to our heads because we stopped beyond the tunnel to play Pooh Sticks. 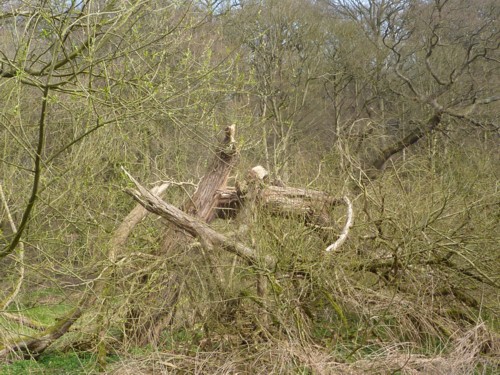 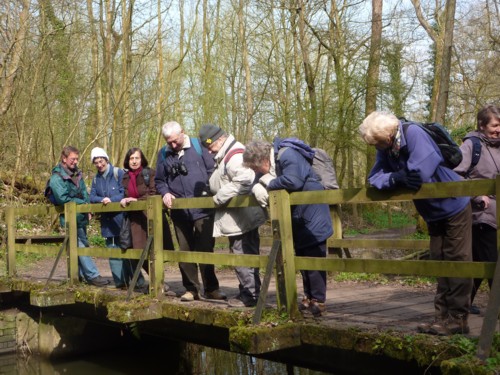 Woodslee Pond had both frogs and toads, busily mating and spawning. David fished out a bundle of toads, three small males gripping a larger female, and we feared the female was dead, or nearly so. She had been underwater without moving for quite a long time. The males were lively enough, though. When David fished out some toad spawn to take home for his garden pond, another male latched tightly onto his finger and croaked joyfully. 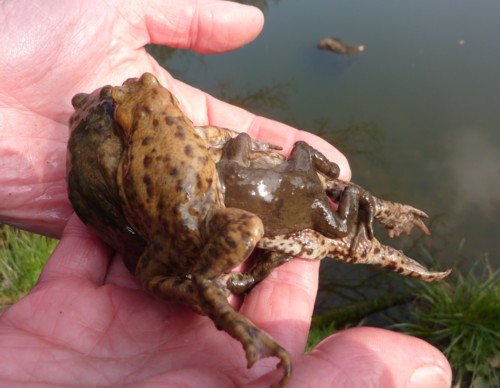 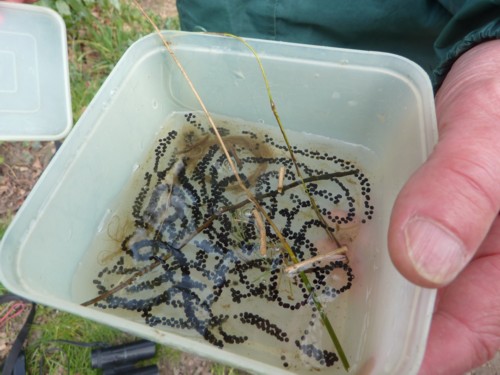 Near the car park we stopped to examine a tree with remarkable undulating bark. No idea what it was. The leaves were thick, leathery and evergreen, with occasional small spines on the edges, reminiscent of the leaves Holly bears above the reach of browsers. Any suggestions for what it might have been? 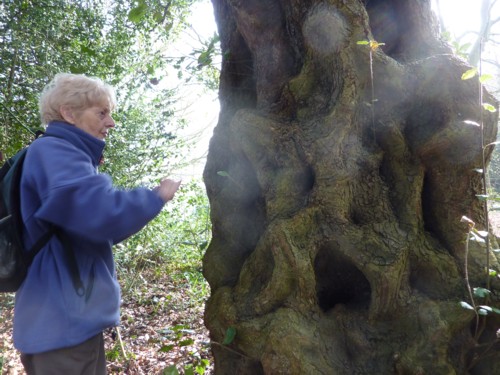 We walked up to Spital station in time for the 3.15 train back to Liverpool.